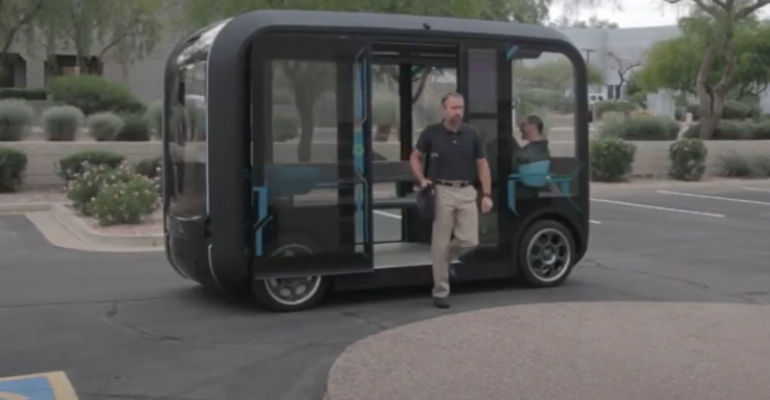 What’s different about Olli 2.0 compared to other AVs is that it is 80% 3D-printed, including the entire chassis and body. Local Motors prints those two vehicle components in under 10 hours at its “microfactory” in Knoxville, TN.

A new autonomous vehicle cruising the streets of an American city is not all that surprising any more. But a new AV in Jacksonville, FL, has the distinction of being the first Olli 2.0 shuttle in the U.S. as well as being almost entirely made of 3D-printed parts.

The Olli 2.0 is an updated version of the Olli 1.0, a self-driving vehicle made by Local Motors, and it’s the latest addition to the growing AV fleet being used by the Jacksonville Transportation Authority (JTA).

Its introduction also marks a new phase of the JTA’s Test & Learn program focused on autonomous vehicles. Local Motors and the JTA are working with Beep, a Florida-based autonomous Mobility-as-a-Service (MaaS) provider, to offer AV rides around Jacksonville.

Since launching the program in 2017, the JTA’s plan has been to replace the city’s Skyway trains with AVs running on a 10-mile (16-km) urban transit network in the city called the Ultimate Urban Circulator. The Olli 2.0 will be used on a Test & Learn track before being put into service.

“Testing starts with a general shakedown of the Olli by doing vehicle level testing to get a solid understanding of its capabilities,” says Bernard Schmidt, JTA vice president-automation and innovation. “This includes acceleration, braking, top speed and object-detection-type testing.”

Once the new Olli proves itself capable, JTA will conduct tests to learn how it performs in various Operational Design Domains and to find ways to optimize route efficiency and connected-vehicle performance.

“Another critical aspect is to introduce the vehicle to the public through a variety of socialization campaigns, which allows us to get direct feedback on how the vehicle and technology is perceived,” Schmidt says.

“All these tests and various forms of socialization allow us to provide critical feedback to the industry on what is needed in their next design to support AVs on public roads in the future.”

What’s different about Olli 2.0 compared to other AVs is that it is 80% 3D-printed, including the entire chassis and body. Local Motors prints those two vehicle components in under 10 hours at its “microfactory” (pictured above) in Knoxville, TN, using one of the world's largest 3D printers, the Thermwood Large Scale Additive Manufacturing (or Lsam, pronounced L-Sam) device (below).

“Our facilities focus on being nimble and responsive to local communities, allowing us to meet constantly changing consumer demand, all while being much more sustainable than traditional OEM plants.”

Aggarwal says microfactories create less waste because they produce only what is necessary and can help the auto industry reduce its carbon footprint. 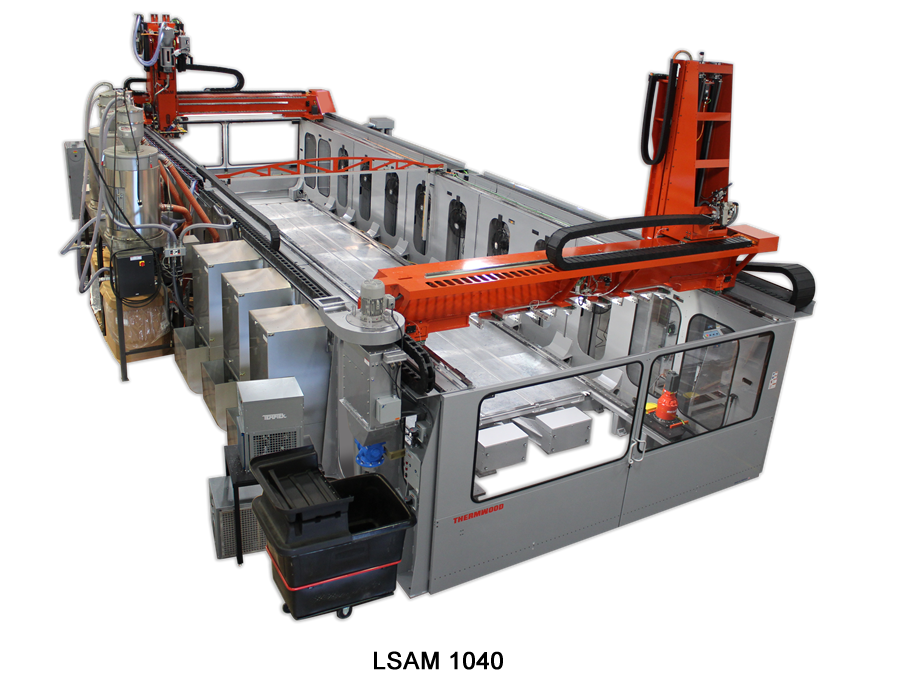 While 3D printing can be a benefit for Local Motors and the environment, relying on such a large 3D printer means the JTA will not be able to reprint broken parts if something happens in Jacksonville. For now, anyway.

“I wouldn't necessarily call (printing repair parts) a far-off dream, because 3D printing has made massive strides in the mainstream over the past several years,” Aggarwal says. “The biggest differentiator is that it was initially viewed as a prototyping tool, whereas now, companies like Local Motors use 3D printing as a manufacturing tool.

“Although this shift in how the technology is utilized requires substantial changes in material, machine and processing science, the benefits of additive manufacturing in terms of speed, accuracy and efficiency will only continue to accelerate widespread commercial adoption.”

The Olli 1.0 is or was used in nine locations around the U.S. as well as in Italy, Saudi Arabia and Australia.