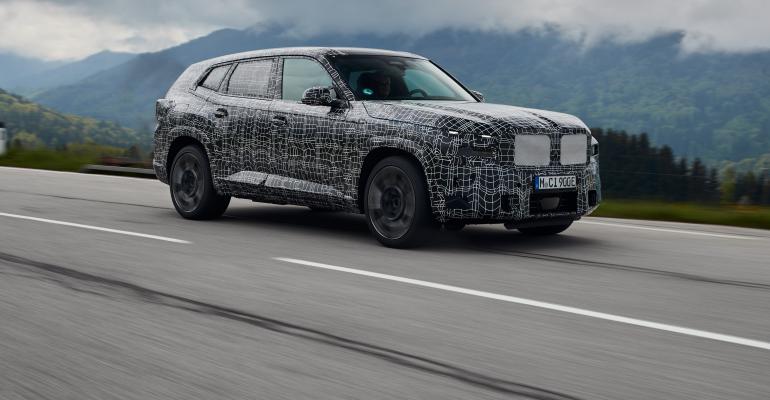 The new plug-in hybrid performance SUV will be produced in the U.S. and will offer up to 740 hp from BMW’s first gasoline-electric PHEV. North America, China and the Middle East are key markets for the car.

SALZBURG, Austria – BMW M turns 50 this year, and to celebrate it plans to unveil what is arguably its boldest and most technically advanced model to date, the XM.

Previewed in concept form late last year, the powered-up SUV is only the second standalone model from the revered BMW performance-car division, the other being the iconic M1 supercar launched in 1978.

The XM is based on the facelifted X7, alongside which it is set to begin production at BMW’s Spartanburg, S.C., plant in December, with North American deliveries starting in March 2023.

Unlike the X7, it is planned to be sold exclusively as an M model, and not just with any drivetrain but the company’s first gasoline-electric plug-in hybrid unit delivering up to 740 hp.

“It is logical to do an SUV,” says Frank van Meel, CEO of the BMW M division. “The performance SUV segment is now the biggest globally, and it has lots of potential for further growth.”

The first surprise when we see it up close in prototype form in the paddock of the Salzburg Ring in Austria for the first time is that it actually is smaller overall than the X7. Not by much, an inch or so at best in overall length and height. But those expecting it to be BMW’s largest SUV, need to think again.

Under its hood is the latest evolution of the BMW M’s twin-turbocharged 4.4L V-8 gasoline engine, codenamed S68, with an electric motor mounted in the front section of its ZF-produced 8-speed automatic transmission.

Fittingly, this makes the XM the most powerful road car to ever wear the evocative M badge.

Power is sent to the xDrive all-wheel-drive system with fully variable apportioning of power front to rear. M boss van Meel hints at a 0-62-mph (100-km/h) time of below four seconds and a top speed approaching 200 mph (322 km/h).

“It’s pure M,” says van Meel, “but with electric capability, it also brings a new dimension to our lineup.”

The electric motor draws its energy from a lithium-ion battery with an energy capacity of “around 25 kWh” mounted in three separate elements underneath the rear seat in what is described as an “eagle wing” design to keep weight as low in the chassis as possible. It is produced exclusively for the XM, providing it with a claimed electric range of up to 50 miles (80 km) on the WLTP at speeds up to 80 mph (129 km/h) in electric mode. Charging can only be achieved on an AC system at up to 7.4kW.

Although heavily camouflaged inside and out, it’s clear certain elements are shared with the M Performance versions of the facelifted X7, including its steering wheel, sections of its dashboard, various controls and switchgear and, most noticeable of all, a curved digital display panel with BMW M specific instruments and infotainment graphics.

First impressions are all about drivetrain refinement. In e mode, the XM starts and then sets off under electric power alone, with the disc-shaped unit capable of providing strong step off and highly flexible qualities in urban driving.

In hybrid mode, electrification and its ability to deliver constant torque from launch brings very crisp qualities to the power delivery without any detriment to the wonderful high-revving character of the V-8. Step off is fantastically sharp, with huge acceleration between each upshift.

Even with a good deal of development to come before production, the XM steers with the weight, precision and feel of a well-sorted sports sedan.

It is genuinely athletic in character, turning into corners with great agility, aided by the Integral Rear Steer system, which receives its own unique software mapping but retains the same 2.0-degree turning angle of other BMW models.

Body movement is controlled by a new 48V roll-stabilization system employed in the XM for the first time. There is some roll from the front and rear air suspension in faster corners, even in Sport Plus mode, but it is never excessive, even when you are pushing hard. Pitch and dive is terrifically managed.

The performance and driving character of this XM prototype leave us in little doubt BMW M’s second standalone model will live up to the brand’s five-decade reputation for delivering some of the world’s most cherished road cars. 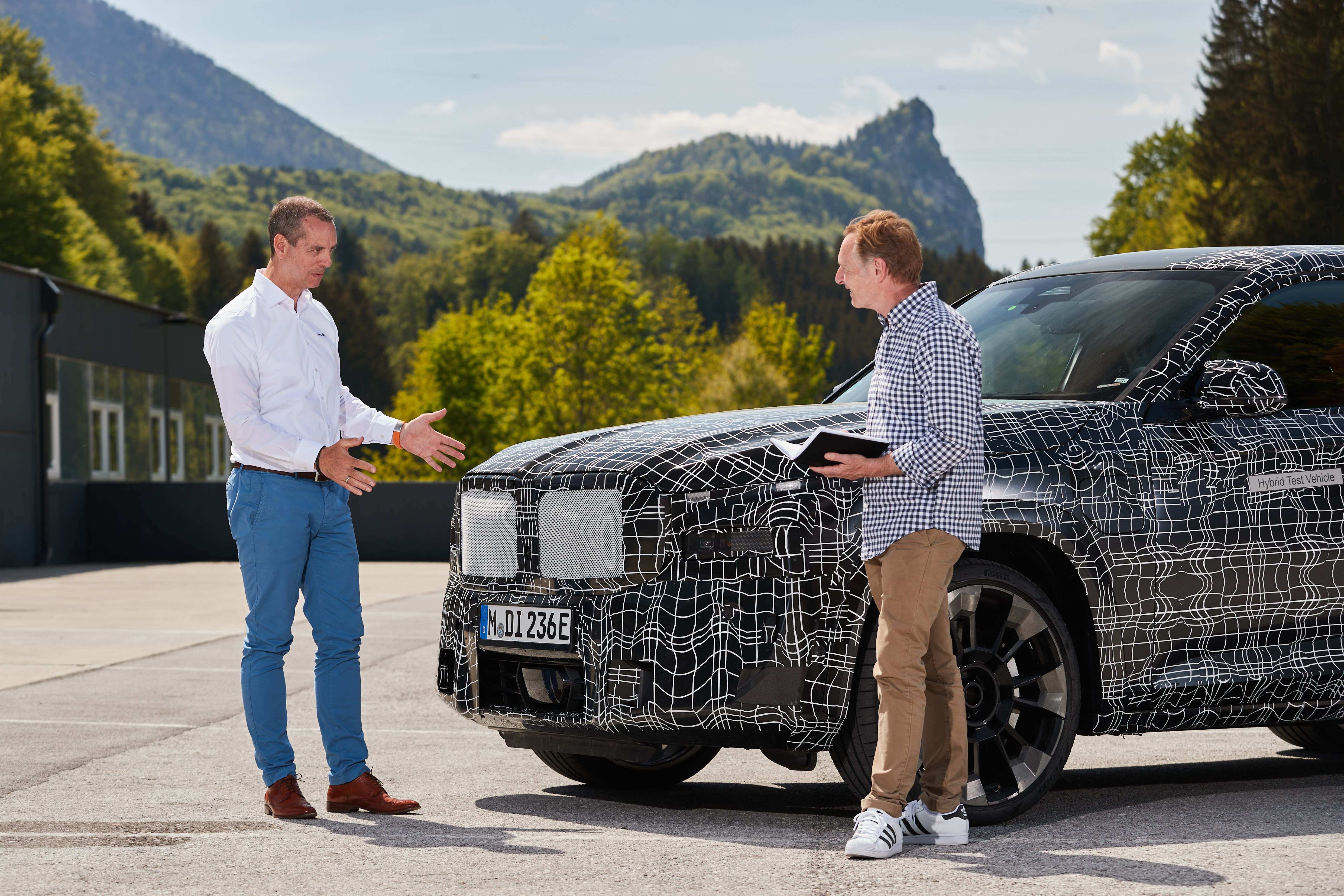