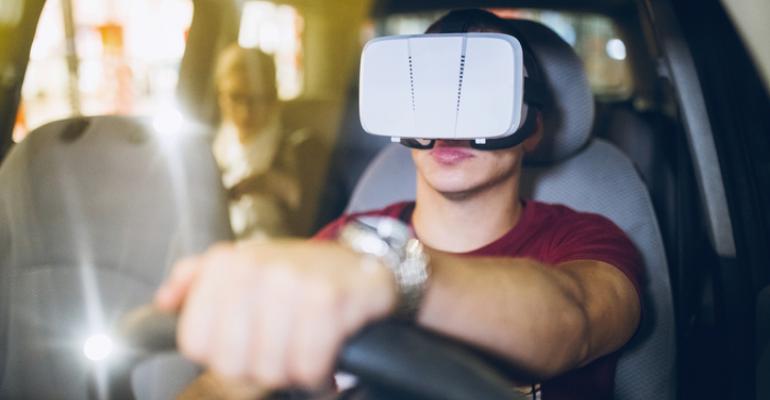 “The best-performing car is one that people want to spend time in,” says Tata Communications' Ankur Jindal.

Joseph Perry of Sony Pictures says he once strictly thought of car companies as vehicle sellers. But now he describes them as “software companies that sell vehicles.”

That’s particularly true when it comes to wiring vehicle interiors for impending enhanced in-cabin features. Those range from on-demand movies played on high-definition screens to “immersive” gaming on screens throughout the cabin area.

Accordingly, people from non-automotive industries, such as Perry, are working with automakers to deliver the goods for next-generation in-vehicle infotainment.

When it comes to prospective Sony content offered in cars, “we are talking about original content, so it’s got to be the right screen, the right resolution and the right sound quality,” he says.

Perry speaks at a session, “Coming to a Screen Near You – Entertainment and Automotive,” at Informa’s AutoTech: Detroit, an annual conference held in the greater Motor City area.

“There will be more and more,” Jindal says, referring to, among other things, cloud-based video streaming. “The best-performing car is one that people want to spend time in.”

Cue up the just-released flick and pass the popcorn.

“Infotainment is poised for a new era,” says session moderator Brandy Goolsby, a marketing director at software company Wind River Systems. She speaks of next-generation in-vehicle entertainment systems as offering “immersive experiences.” Essentially, that means a person watching a movie or playing a video game feels they are in it. (The driver is excluded.)

The list of software and entertainment-related companies that have become automotive suppliers is growing.

Then there is the issue of which become the major players in the connected car age: the automakers or the suppliers?

An automaker must agree to certain things “to fall within the ecosystem of a company the size of Google,” says Perry.

But, Jindal says “OEMs want to control that experience.” It’s their product, presumably. “But no single player can do it. It’s a question of who’s able to bring the ecosystem together.”

Perry adds: “Auto manufacturers have got to be more than access points. However, Netflix is not going to change just for automotive.”

He cites a Sony study that says vehicle occupants want an infotainment setup that is easy to use and easily accessible.

The auto industry is relying more and more on software to deliver user experiences to vehicle occupants.

For instance, Stellantis will employ “4,500 software people by the end of 2024,” says conference participant Vishnu Sundaram, a senior vice president specializing in connected interior services at the automaker. He says Stellantis is “redefining its role from auto company to mobility technology company.”

Other conference attendees refer to modern cars as “computer platforms on wheels.”