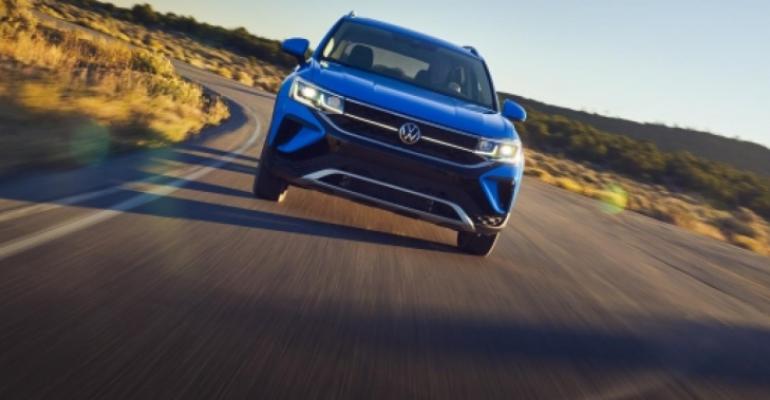 Volkswagen
Taos compact CUV due in showrooms in June.
Vehicles

Volkswagen of America announces the official fuel economy ratings for the ’22 Volkswagen Taos compact CUV, saying the front-wheel- and all-wheel-drive models are competitive within their segment.

All ratings are based on regular unleaded fuel.