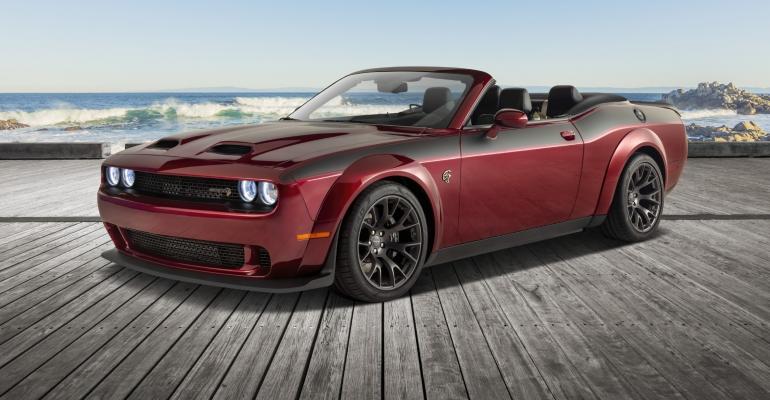 Dodge launches a barrage of muscle cars, SUVs and convertibles as the coda to nearly two decades of production of rear-drive-based, gasoline-powered models.

AUBURN HILLS, MI – Stellantis wraps up an 18-year run of gasoline-powered muscle cars with a string of ’23 model-year vehicles, from a limited-edition Dodge Challenger SRT, a Durango SRT Hellcat and a Challenger convertible.

The Challenger and Charger nameplates date back to the beginning of the muscle-car era in the 1960s and 1970s.

The vehicles roll out during the coming year as the company winds down production at its Brampton, ON, plant. Production of the rear-drive cars at the plant ends in December 2023, but Stellantis officials are quick to assure that future product will come to the facility.

The 36-year-old Brampton Assembly Plant, which currently builds the Chrysler 300, Dodge Charger and Dodge Challenger, will be retooled and fully modernized beginning in 2024 as part of a $2.8 billion investment. When production resumes in 2025, the plant will introduce an all-new, flexible architecture to support the company’s electrification plans. Stellantis says at least one new EV will be built at the plant outside Toronto.

Among the highlights for the coming ’23 model year: