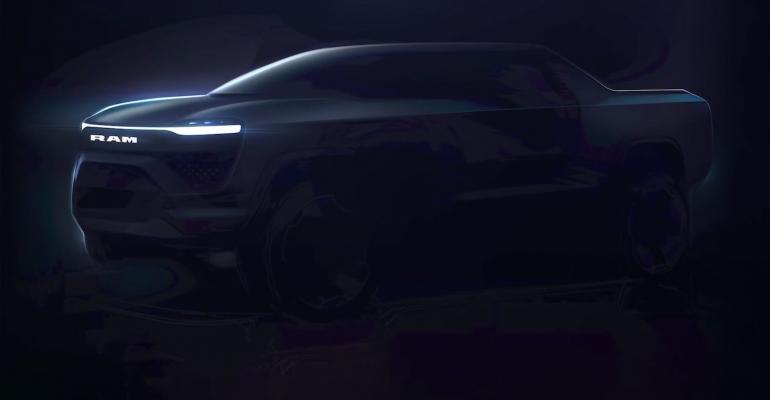 The Ram BEV is on the drawing board. However, before showing the public any kind of prototype, the Stellantis unit plans to solicit feedback from existing and potential Ram customers.

CHICAGO – Trucks are among the highlights of the Chicago Auto Show, where Stellantis’ Ram brand is promising it will have a battery-electric pickup ready by 2024 and General Motors shows off the Chevrolet Silverado BEV due out next year.

With archrivals Ford and GM committed to spend more than $13 billion combined on battery-electric pickups, Ram President Mike Koval Jr. says the brand already is committed to delivering BEVs based on the ProMaster van to Amazon’s fleet of delivery vehicles in 2023.

The Ram BEV is on the drawing board. However, before showing the public any kind of a prototype, the brand plans to solicit feedback from existing and potential Ram customers.

“They will be at the foundation of what the customers demand from the brand” as the company addresses issues such as range, power and convenience which customers have indicated they want from a Ram truck, Koval says.

Once it collects more information Ram will build and show prototypes of the battery-powered pickup, he says. In addition, the brand is drawing from the large portfolio of EV technology now held by Stellantis, which was formed last year by the merger of Fiat Chrysler and PSA Group.

The BEV is a key part of Stellantis “Road Map for the Future,” to which the automaker committed €30 billion ($35 billion) last summer. Stellantis has not yet decided whether the RAM BEV will be built at the Stellantis plant in Sterling Heights, MI, alongside the conventional Ram pickup or at another plant, he says.

Meanwhile, GM sets up a walkaround for visitors to the Chicago show to view the battery-electric Silverado pickup.

The ’24 Silverado EV is a reimagined fullsize, fully electric pickup, developed from the ground up and leveraging the power of GM’s Ultium EV platform, GM says. Its estimated range is 400 miles (644 km) on a full charge, it features standard DC fast charging, up to 10.2kW of offboard power and up to 10,000 lbs. (4,540 kg) pounds of maximum trailering, GM says.

Since the Silverado BEV is built on GM’s pioneering Ultium platform, the battery is built into the truck’s frame. It also has a lower center of gravity so the ride in the truck feels more refined. The pickup’s features include rear steering.

The Silverado BEV is equipped with a “frunk,” or front-end trunk, for storage of tools or other valuables. It also has electrical outlets.

A tonneau cover for the 71-in. (1,803-mm) bed is standard. With the cover in place and the rear window open for taking on longer objects, the battery-electric pickup will offer more covered and locked protection for long objects.

The Ultium Platform has helped endow the Silverado BEV with more of an “urban feel” that will help attract new customers, according to Nichole Kraatz, the pickup’s chief engineer. “The goal is to bring in a customer who might not have considered a truck,” she says.

Chevrolet’s legion of commercial customers have already filled the reservations GM set aside for them, underscoring the potential demand for the vehicle.