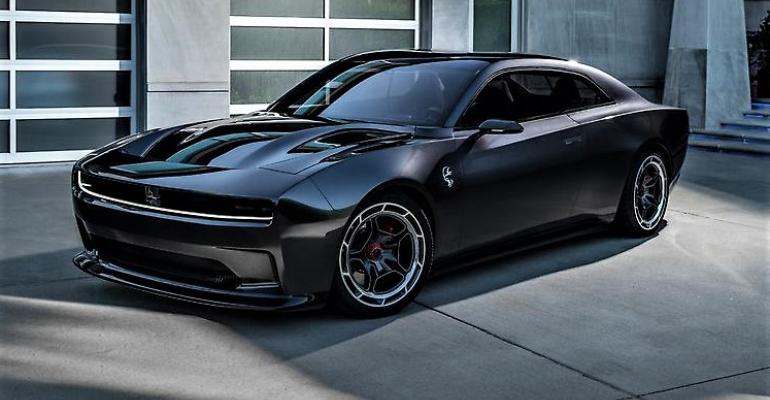 The Stellantis boys (and girls) roll out their idea of what a performance BEV will look – and sound – like when it arrives in dealerships in 2024.

Put it all together and you’re looking at the battery-electric Dodge Charger Daytona SRT Concept. Yes, you read that right: a BEV Dodge muscle car.

At a media backgrounder here, the Stellantis boys (and girls) roll out their idea of what a performance BEV will look – and sound – like when it arrives in dealerships in 2024.

The 4-seat, 2-door liftback features 800V charging, all-wheel drive and electric motors front and rear. The intriguing NASCAR-inspired aero package allows air to pass cleanly through the front grille and out over the hood, increasing downforce while also allowing the front-end styling to remain wide and tall in keeping with Charger tradition.

The concept shows Dodge is leaning hard into icons past, in particular with the brand’s Fratzog logo – three delta forms interlocking at the base to form a triangle – that adorned many powerful Dodge muscle cars of yesteryear.

Now the company plans to embrace the logo in several ways, starting with illuminated Fratzog badges on the grille and taillamp, but also in the naming conventions for the exhaust system, dubbed Fratzonic Chambered Exhaust.

When asked why Dodge would bother with such a system, Tim Kuniskis, brand CEO, says: “Because we can.”

“Looks like a Dodge, sounds like a Dodge, drives like a Dodge,” was Kuniskis’ repeated refrain during a media presentation of the concept at the Stellantis design dome a week prior to its reveal during Dodge Speed Week leading up to the annual Woodward Dream Cruise.

Other than the mention of the 800V system, the Dodge team reveals little about the propulsion system, called Banshee. The multi-speed transmission, likely driving the rear axle in a fashion similar to the two-speed setup in the Porsche Taycan, is dubbed eRupt. 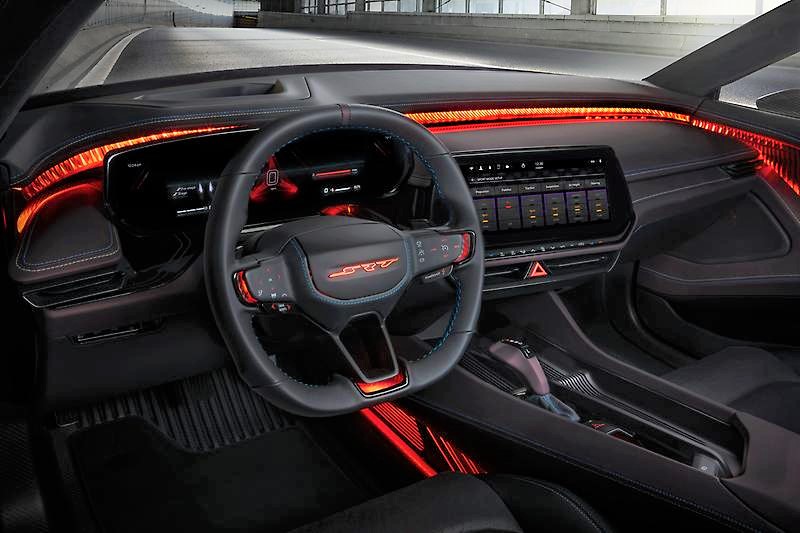