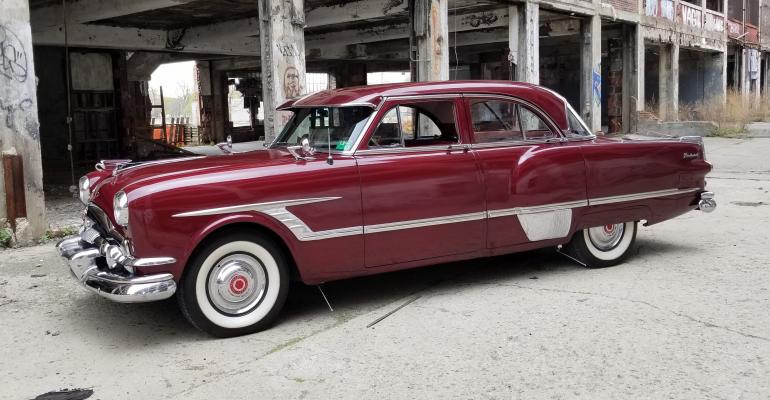 Start Slideshow ›
My 1953 Packard Patrician, affectionately nicknamed “Jake” for my grandfather Frank Jakee, who worked at Packard in Detroit for 25 years, got reacquainted with his hometown last weekend.

There were stops at the Detroit Institute of Arts, the historic Hecker-Smiley Mansion on Woodward Avenue, Corktown, Ford’s Piquette Avenue plant, Comerica Park and the sorely neglected Michigan Central train depot in Detroit, which Ford is in the process of restoring.

And most important, Jake visited the place of his birth: the Packard Motor Car Co. plant that churned out some of America’s most coveted vehicles from 1903 to 1956. Since then, the massive complex of concrete, brick and steel has become a shrine to utter abandonment.

While I was shooting the car on East Grand Boulevard, near the spot where a bridge overhead connected administration buildings on either side of the street until it collapsed a few years ago, a security guard approached and invited us onto the property for a most memorable photo shoot.