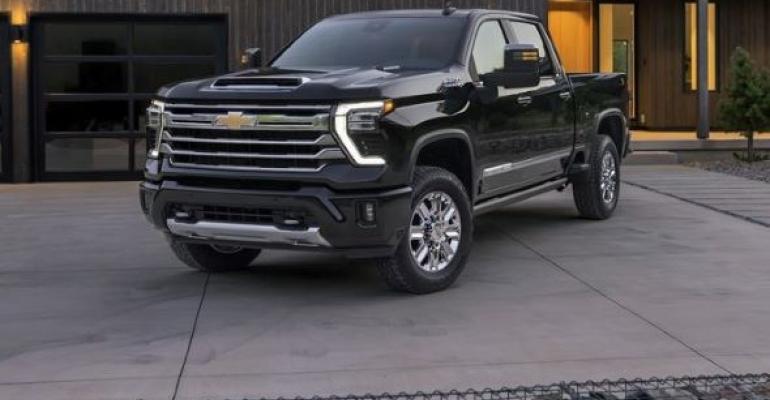 Chevrolet adds a new interior, a new “Midnight” package, and design and transmission enhancements in a midcycle refresh. GM’s lead brand sees an opportunity to upend Ford for pickup leadership in 2022.

General Motors’ Chevrolet Div. adds an all-new interior to its Silverado HD pickup lineup, as well as transmission and trailering enhancements and a ZR2 model that will be available in first-half 2023 as 2024 models. But even with the current lineup, the automaker says its sales gains through August could carry through to the end of the year and put Chevy on top of its crosstown rival Ford as both companies grapple with semiconductor shortages and supply-chain delays.

Among the new enhancements on the ’24 Silverado HD: 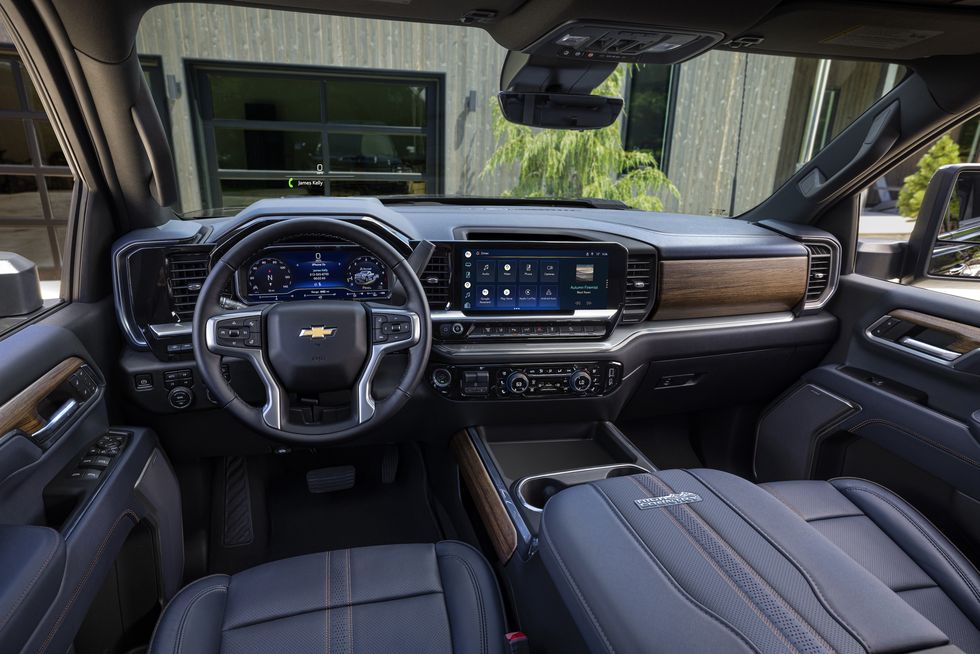 Silverado has been making inroads on Ford’s F-Series long-term leadership in the fullsize truck category. According to Chevy, Silverado through August posted market-share gains for both fullsize pickups overall and the heavy-duty sub-segment. But according to Wards Intelligence data, Chevy was still trailing F-Series by 49,000 units from Jan. 1 through Aug. 20. “I’d be lying if I said we weren’t fighting for the No.1 position," Chevrolet vice president Scott Bell says. “But I also know the competition is not going to lie down (just because of ongoing chip and supply-chain issues).”

GM will not report quarterly sales (it does not report monthly) until next week, but Bell says Silverado was No.1 through August. According to R.L. Polk and J.D. Power PIN data, a GM spokesperson notes, Silverado has posted the largest share gain through Sept. 18, up .09 share points; with a share gain of 7.5 points in the HD segment.

Chevrolet plans to launch the '24-model truck with the changes during first-half 2023. The company cannot be more specific about on-sale dates because of those supply-chain issues that are depressing overall industry sales to about 14 million for the calendar year.

Towing and trailering loads do not change from the existing truck, but in addition to power and torque improvements on the Duramax, the company has added more tech enhancements. “Our customers tell us that our load levels are sufficient for what they need,” says Bell. And that includes upwards of 36,000 lbs. (16,330 kg) with a fifth-wheel hitch and between 14,500 and 32,000 lbs. (6,580 and 14,520 kg) among the various configurations.

The exterior design has been tweaked to try to achieve “a more commanding presence,” according to Phil Zak, executive director of Global Chevy design. That includes a freshened front-end fascia with C-shaped headlamps pushed to the corners of the front end, a new grille and a somewhat more chiseled appearance. Six new colors have been added to the Silverado HD lineup, with tow hooks now standard and Chevrolet lettering added to the hood scoop.

The monochromatic “Midnight Edition” will now be offered with all the features of Silverado’s top-of- the-line High Country trim, answering customer requests.

Chevy says pricing and fuel economy ratings will be released closer to the on-sale date in 2023. 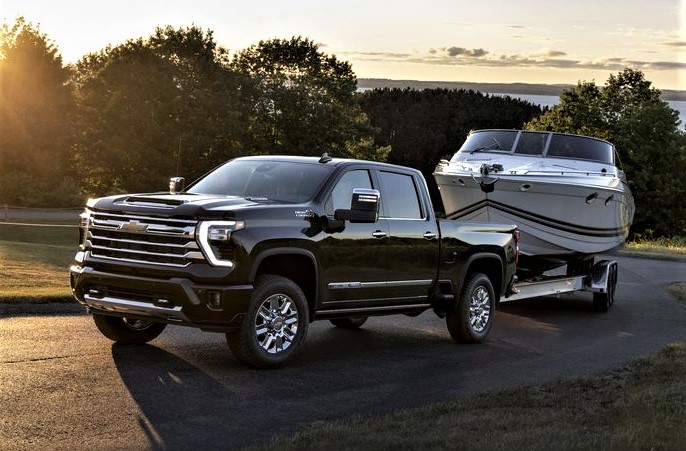