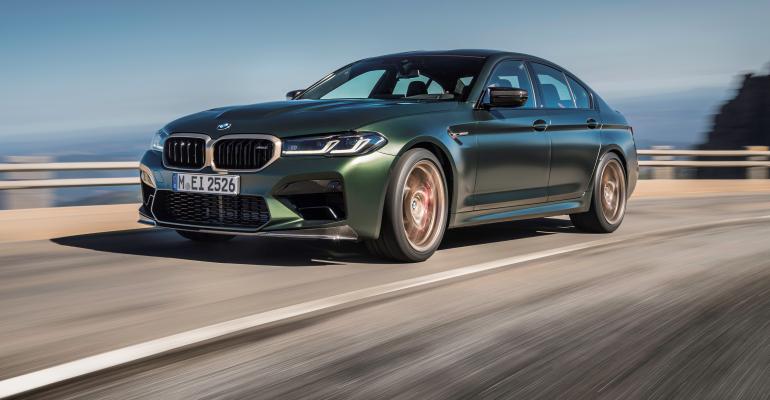 BMW M5 CS is Most Powerful M Model Yet

The M5 CS runs a lightly reworked version of the sixth-generation M5’s twin-turbocharged 4.4L V-8 producing 626 hp and 553 lb.-ft. of torque. This is 9 hp more and the same torque loading as that offered by the M5 Competition.

BMW’s M performance car division reveals its new M5 CS, proclaiming it to be the most powerful and fastest accelerating road car it has ever placed into production.

A sister model to CS versions of the M2, M3 and M4, the powered-up sedan is described as a “specialized performance model combining everyday usability with exceptional track performance.”

Besides adopting a more powerful engine, the M5 CS also receives a reprogrammed xDrive all-wheel-drive system, bespoke chassis tuning and lightweight carbon-fiber parts that are claimed to cut 154 lbs. (70 kg) from the existing M5 Competition, among other upgrades.

Along with the increased performance, the revised M5 CS engine gains a redesigned oil pan with an additional sump and indirect charging air cooling.

BMW’s performance-car division describes the M5 CS’s chassis as based on that of the M5 Competition but with shock absorbers originally developed for the M8 Gran Coupe Competition that reduce ride height by 0.3 in. (8 mm).

The new dampers are claimed to reduce fluctuation in wheel loads. In combination with new spring bearings for the damper control measures front and rear as well as standard fit 20-in. wheels shod with 275/35 (front) and 285/35 (rear) Pirelli P Zero Corsa tires, the new model has what BMW M describes as “greatly improved on-the-limit handling” behavior.

The increase in performance brings M Carbon ceramic brakes as standard. Grabbed by six piston fixed calipers at the front and single-piston floating calipers at the rear, they’re claimed to weigh 51 lbs. (23 kg) less overall than the steel disc system that is standard on the M5 Competition. 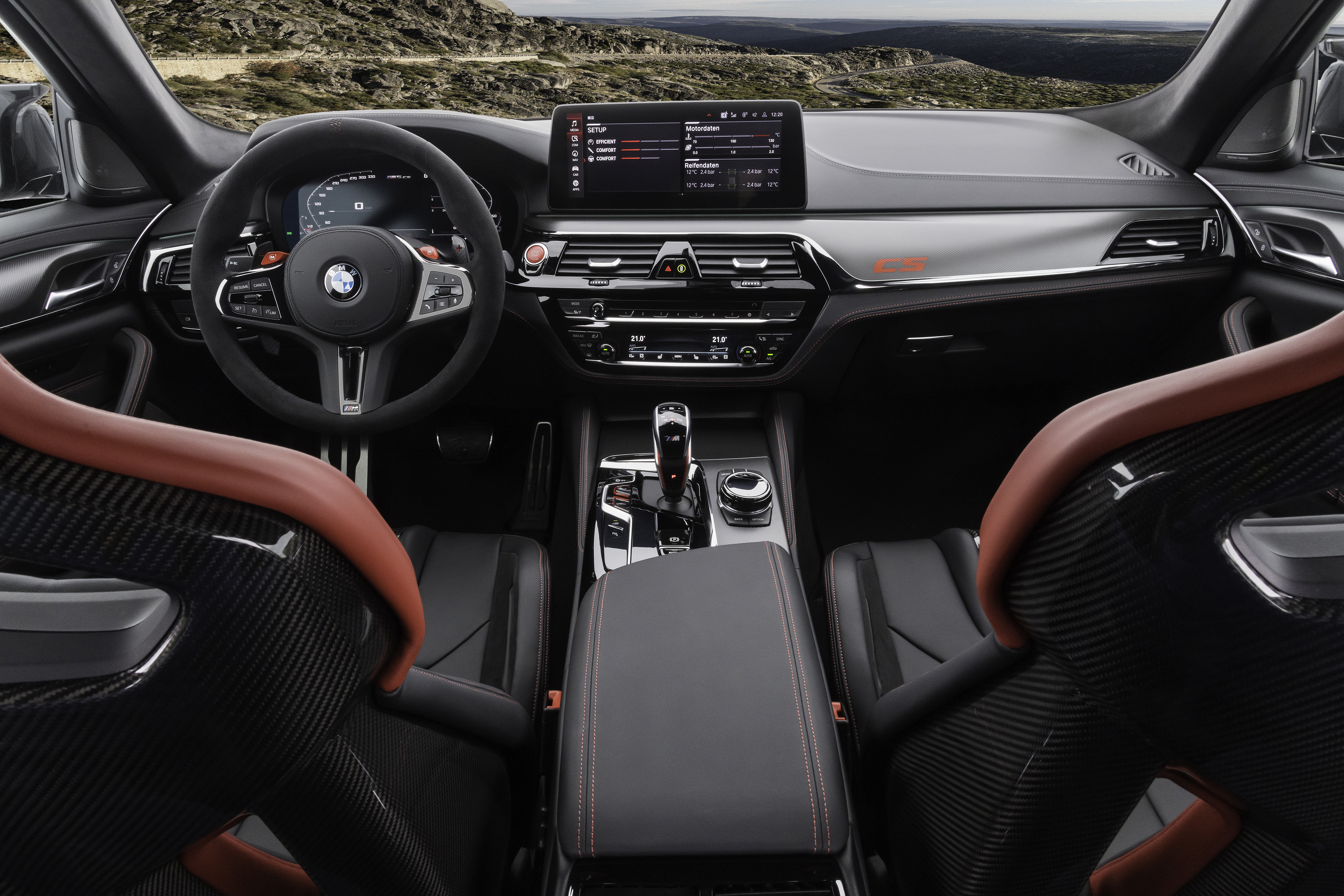 Inside (above), the new Über-M5 boasts four individual M Carbon bucket seats – those up front with integral headrests imprinted with a map of the Nürburgring – with electrical adjustment and heating as standard. Also featured are an M Alcantara steering wheel with shift paddles made from carbon fiber, an Alcantara headliner and a reworked armrest devoid of the stowage box seen on other M5 models. 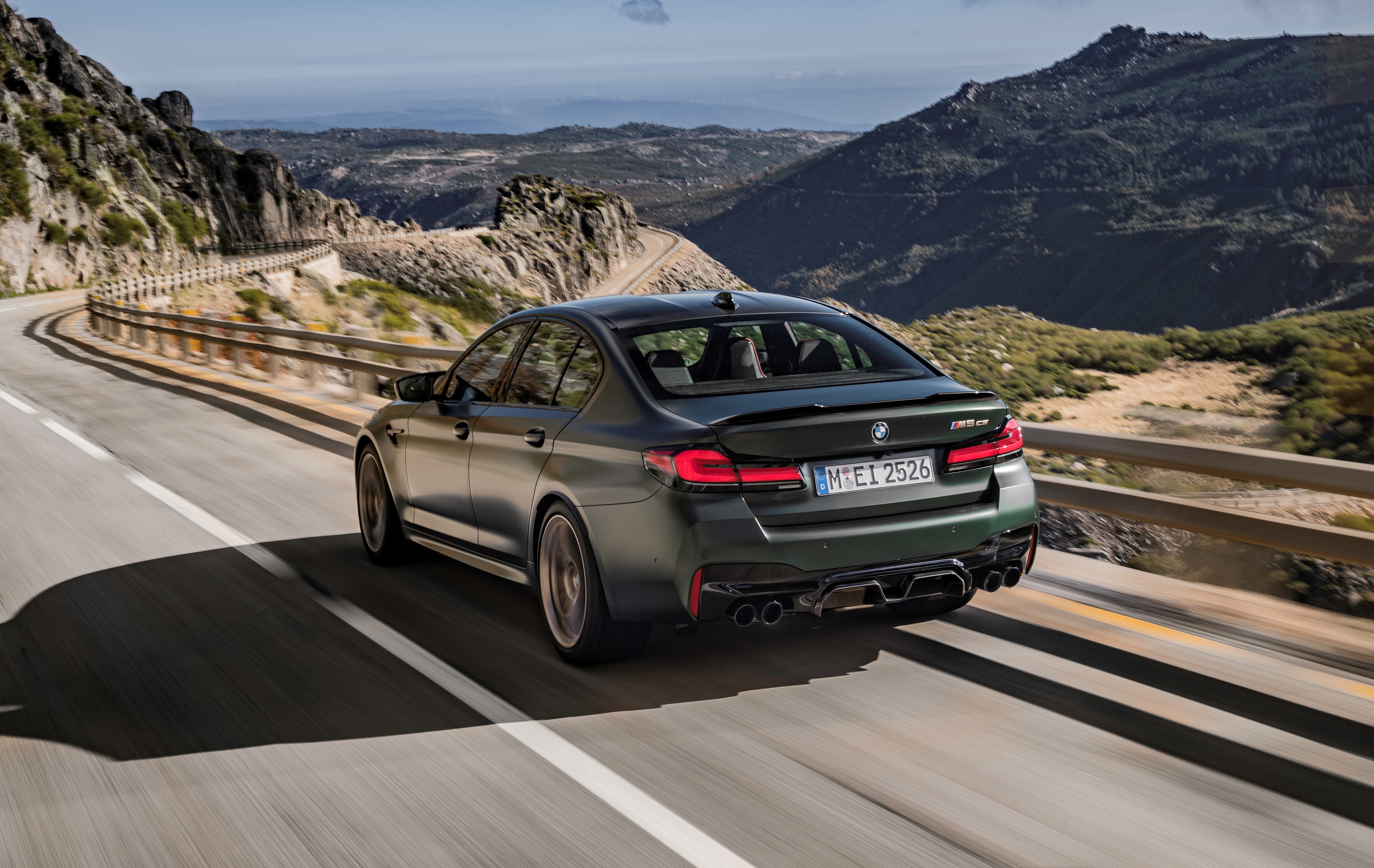