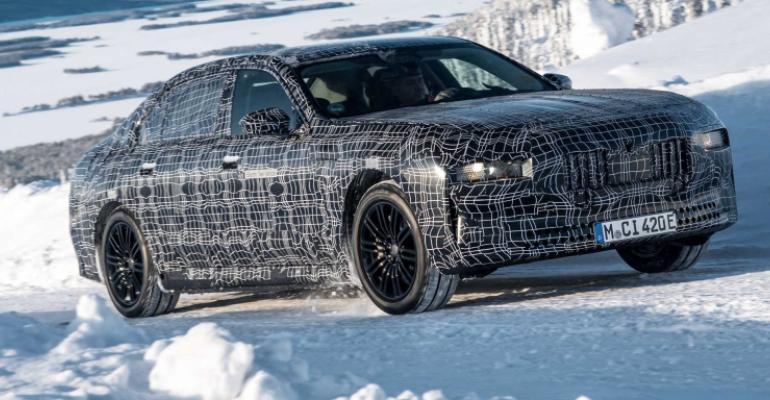 The upmarket 4-door sedan is the fifth dedicated all-electric model from BMW’s i electric-vehicle sub-brand, following the i3, ix3, i4 and iX.

BMW confirms plans for a new electric-powered i7 model based on the upcoming seventh-generation 7-Series.

The upmarket sedan, shown undergoing cold-weather testing in prototype form in photographs issued by the German automaker (below), is planned to go on sale in North America by the end of 2022 as a zero-emission competitor to Mercedes-Benz EQS and Tesla Model S.

The new 4-door is the fifth dedicated all-electric model from BMW’s i electric-vehicle sub-brand, following the i3, ix3, i4 and iX.

Also set to rival an upcoming electric-powered Audi A8, BMW says the i7 will be powered by the same fifth-generation eDrive system used by the recently introduced iX CUV.

While it is yet to announce specifics to the i7 lineup, BMW officials have told WardsAuto the new luxury sedan will follow the iX in offering a range of different outputs in at least three different models.

A similar model hierarchy is expected with the i7, which is claimed to possess average power consumption of between 19.5 and 22.5kWh. 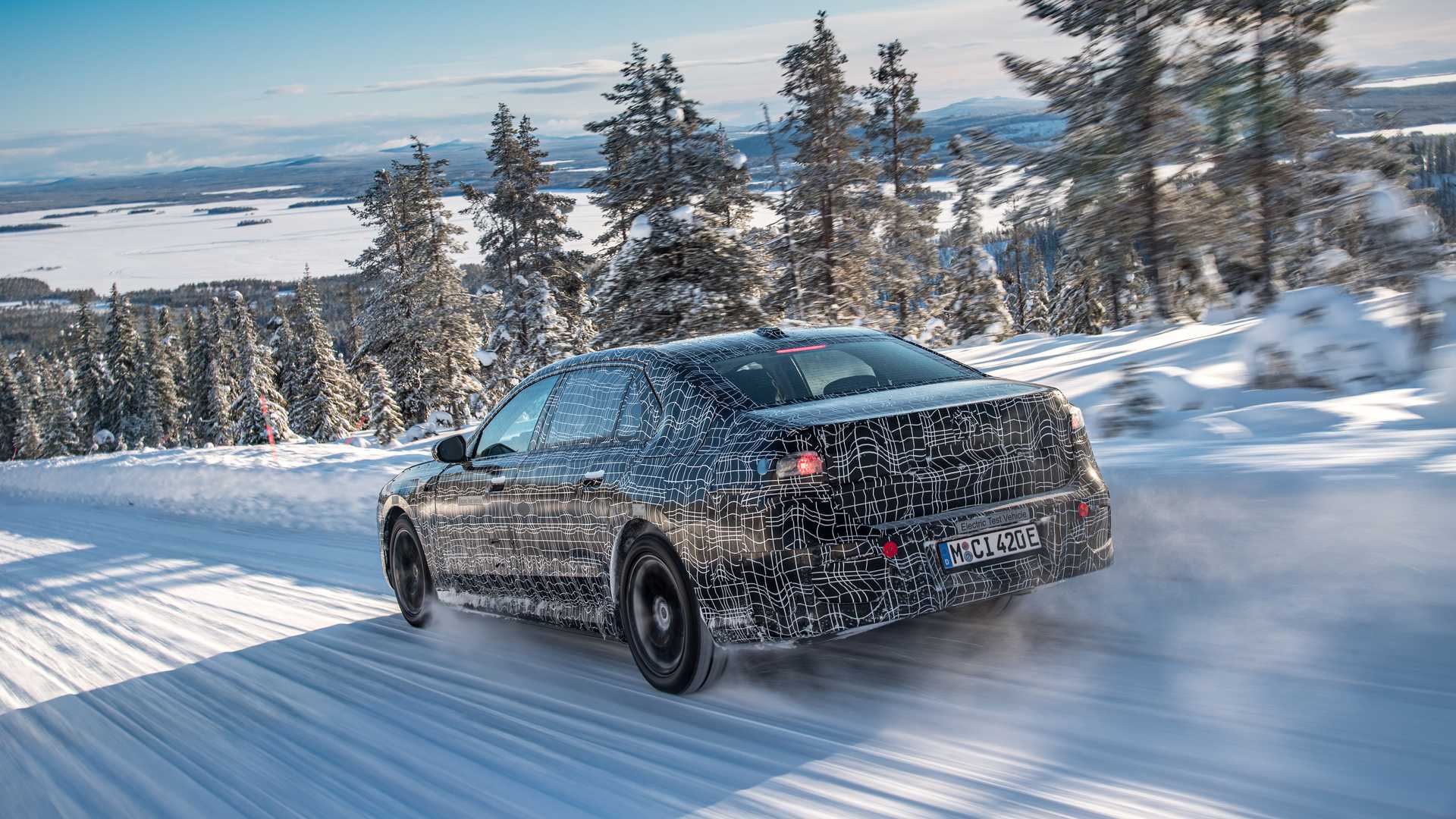 At this stage, it is not known if BMW intends to offer the new model exclusively with all-wheel drive, as with the iX, or follow the route taken by Mercedes-Benz, which sells the EQS with a choice of either single-motor rear-wheel drive or dual-motor all-wheel drive.

The 105.2-kWh lithium-ion battery used by the iX is to be modified for housing within the CLAR (Cluster Architecture) platform used by the new 2022-model-year 7-Series. Details remain scarce, though BMW claims aerodynamic developments will provide the i7 with a range of over 400 miles (644 km) on the WLTP test procedure.

While BMW says a lot of development has been focused on ride comfort, it also emphasizes that driving dynamics will be key to the i7’s sales appeal.

“The suspension components, steering and braking systems as well as driving dynamics and vehicle stability systems developed for the future generation of the BMW 7-Series are designed to raise the balance between sportiness and ride comfort so typical of the brand’s luxury sedans to the next level,” the automaker says.