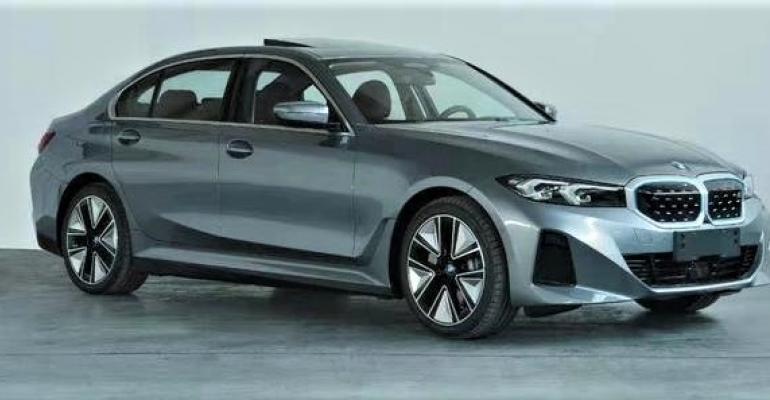 The new BMW is based on an upcoming facelifted version of the Chinese-market long-wheelbase 3-Series – a model not currently sold outside of China – which is 6.4 ins. longer than the existing standard-wheelbase 3-Series sold in North America.

BMW’s plans for an electric-powered version of the current 3-Series are revealed in a registry filing made public by the Chinese Ministry for Information and Industry Technology (MIIT).

The latest in a growing number of zero-emission BMW models will be marketed under the name i3 eDrive35L, according to information obtained by WardsAuto, with sales to be reserved exclusively for the Chinese market.

The electric sedan is to enter production in the second half of 2022 alongside the iX3 at a joint-venture factory operated by BMW and Brilliance Automotive in the Chinese city of Dadong, Shenyang province.

Among the stylistic changes distinguishing the i3 eDrive35L from China's current long-wheelbase 3-Series is a new-look front end that features a uniquely styled bumper, newly shaped headlights and a blanked-off kidney grille.

At the rear, it receives a redesigned valance panel in the lower part of the bumper, which features blue highlights similar to those offered as part of a styling package on the iX3. The wheels – 18 ins. as standard and 19 ins. as an option – feature a new aerodynamically optimized design. They are planned to be fitted with 225/50 and 225/45 tires, respectively.

The rear-wheel-drive i3 eDrive35L shares a large part of its driveline architecture and suspension with the recently unveiled i4, including its front-mounted electric motor. The synchronous unit is claimed to deliver up to 340 hp and 317 lb.-ft. (430 Nm) of torque.

In line with Chinese automotive production regulations, the new model is to receive a Chinese-produced battery. As with the unit used by the iX3, the lithium-manganese-cobalt unit will feature cells supplied by Chinese battery specialist CATL.

Performance figures have yet to be revealed, although information contained in the MIIT registry filing suggests the 4,473-lb. (2,029-kg) i3 eDrive35L will be limited to a top speed of 112 mph (180 km/h).

To help it cope with the added weight of packaging the battery within the floorpan of the 3-Series’ CLAR platform, the Chinese-market model will get a standard-fit air suspension with geometry similar to that of the i4.

BMW iX (on stage) and i4 sedan on display at Detroit event in July.

Although U.S. sales of the i3 eDrive35L have been ruled out, WardsAuto understands BMW is developing a more advanced electric midsize sedan based on its Neue Klasse EV platform. Likely to be introduced in 2025, it is claimed to form an integral part of BMW’s plans for the eighth-generation 3-Series lineup.

BMW’s decision to use the i3 name for the new battery-electric version of the long-wheelbase 3-Series comes after officials suggested the existing i3 hatchback will cease production in 2022.

Unveiled in 2013, the 8-year-old model pioneered the German automaker’s entry into the electric car ranks, paving the way for other models including the iX3 (pictured below), i4 and newly introduced iX. 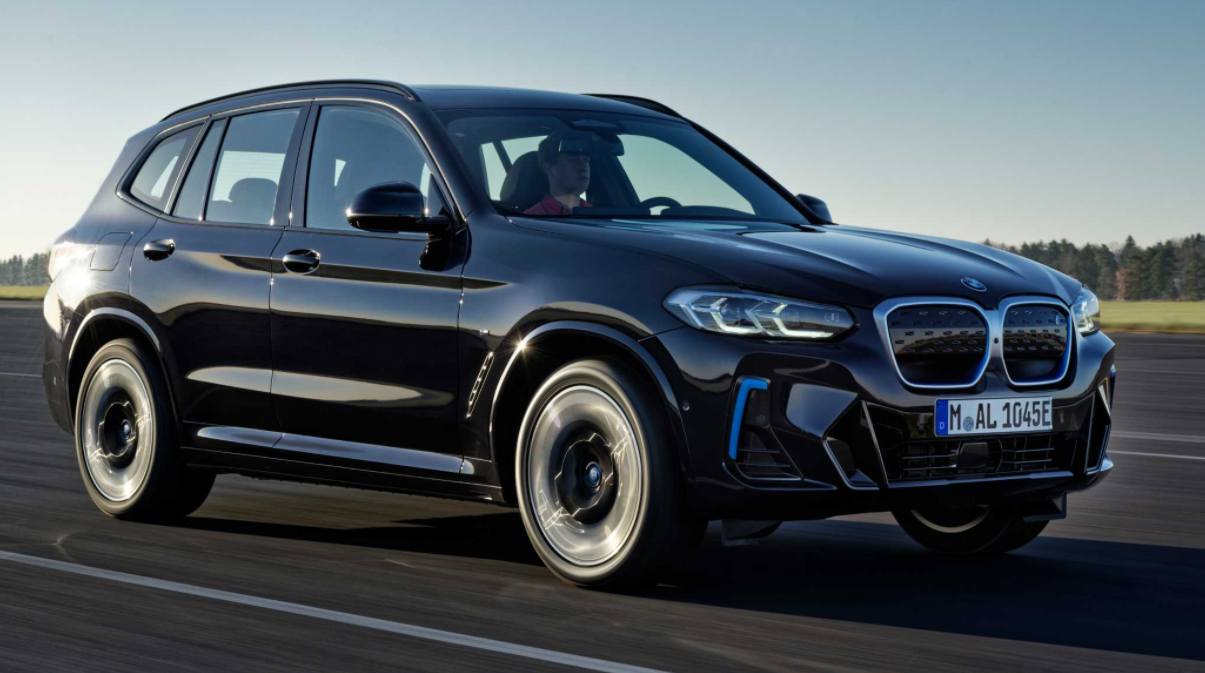