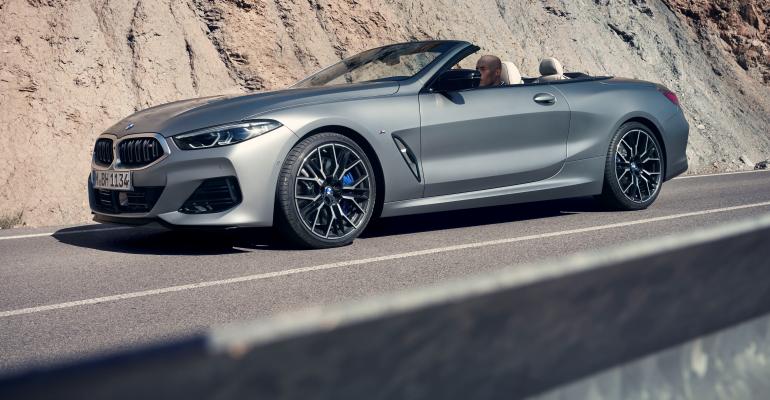 Previously offered as an option, the M Sport styling imbues the trio of 8-Series models with a number of signature BMW M design elements, including a more heavily structured front bumper and multi-channel rear diffuser.

BMW unveils facelifted 8-Series and M8 models in 2-door coupe and cabriolet as well as 4-door Gran Coupe bodystyles ahead of their planned public debut at the Amelia Island Concours in Florida in early March.

Set for North American deliveries during the second half of this year, the 2022 8-Series receives the M Sport styling package as standard equipment, some 3-1/2 years after it returned to the BMW lineup as a replacement for the earlier 6-Series.

Previously offered as an option, the M Sport styling imbues the trio of 8-Series models with a number of signature BMW M design elements, including a more heavily structured front bumper and multi-channel rear diffuser as well as new-look 19-in. wheels and upgraded brakes with blue calipers on 6-cyl. models.

The more powerful V-8-powered ’22 8-Series models receive a similar exterior styling treatment but with an added splitter element within the lower part of the front bumper, M8 style exterior mirrors, rear spoiler and rear diffuser in what BMW describes as “Dark Shadow Metallic” color. Also included are new 20-in. wheels and M Sport differential as standard.

Changes to the range-topping M8 models are even more subtle, restricted to a range of new exterior colors, as well as newly designed 20-in. M Sport alloy wheels. 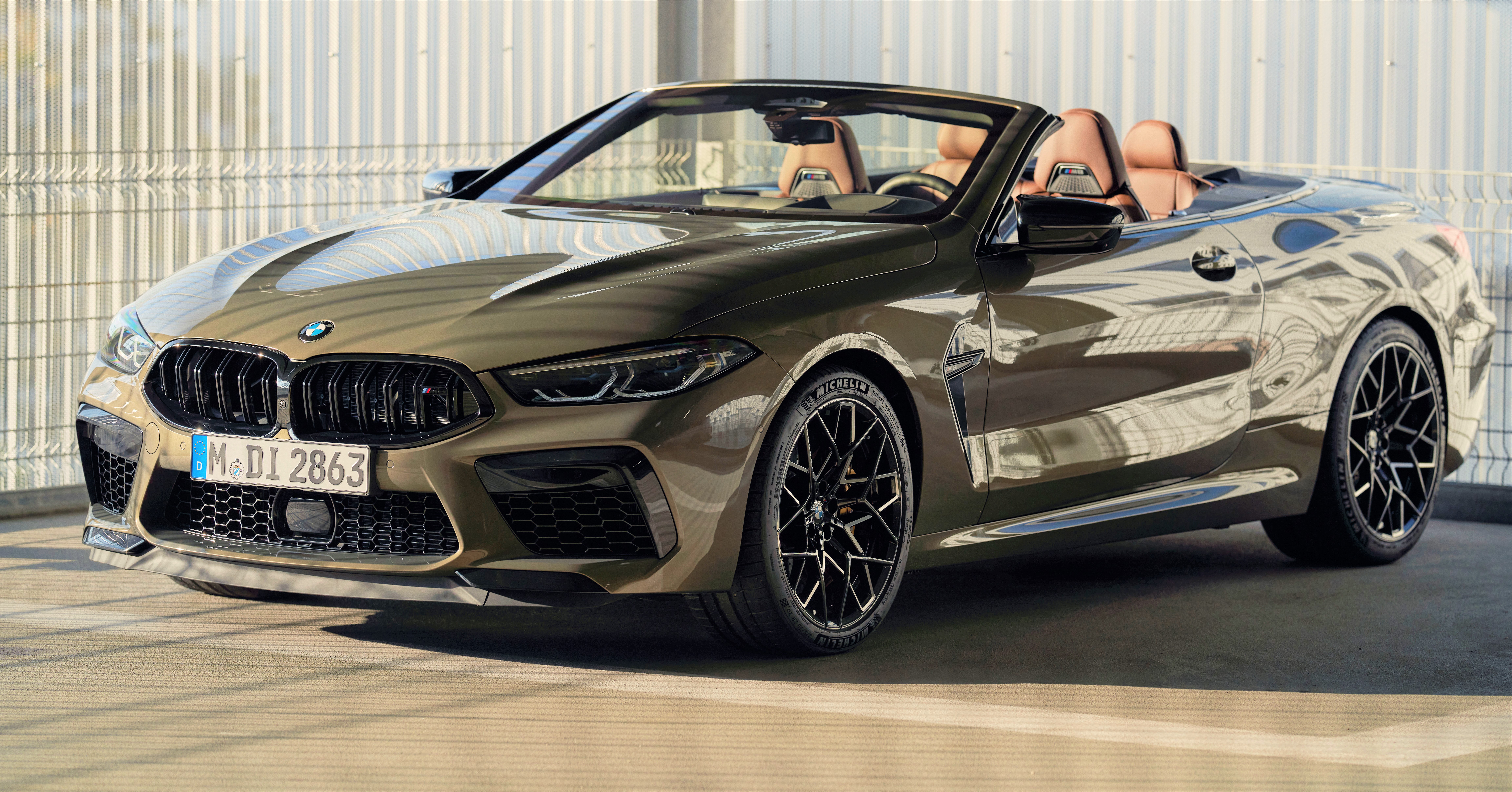 In a development planned for other new BMW models, the new 8-Series and its M8 sibling (pictured, above) come with an optional illuminated grille. Lightly altered in design from pre-facelift models, it comes as standard in combination with a so-called “Iconic Glow” package, with an illuminated surround and waterfall lighting for each of the grille elements. The illumination is activated when the door is opened and can be switched off manually.

To mark the 50th anniversary of BMW’s M performance-car division, all-new 8-Series and M8 models can be ordered with optional M emblems in blue, purple or red in place of the traditional blue-and-white BMW roundel.

As in pre-facelifted models, each receives an 8-speed torque-converter-equipped automatic gearbox and all-wheel drive as standard.

As with the standard 8-Series, power for the M8 also remains unchanged. Its twin-turbocharged 4.4L gasoline V-8 continues to develop 600 hp in standard coupe, cabriolet and Gran Coupe models, with the M8 Competition boasting the same 625 hp as before.