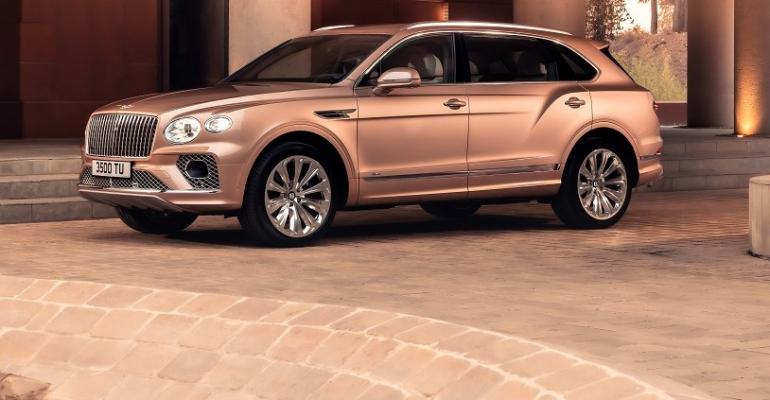 The SUV builds on the latest second-generation Bentayga, extending the wheelbase 7 ins. while overall length increases to 209 ins. The increased length is all in the rear door, creating what Bentley says is the most cabin space in its segment.

Bentley’s fifth model in its range is an extended-wheelbase version of its popular Bentayga performance SUV.

The new car, less than inspirationally dubbed the Bentayga Extended Wheelbase, is squarely aimed at the chauffeured luxury-flagship executive market where the extra internal dimensions lend it a limousine ambience. Despite the name, the automaker says the vehicle is not just a stretched version thanks to a nine-figure investment it has made to create a model that claims the best rear cabin experience since the Mulsanne.

Bentley, which saw a third of its 14,659 sales in 2021 come from Bentayga customers, hopes its big brother will meet with as much market success. In fact, the automaker predicts the Extended Wheelbase will be responsible for up to 45% of all Bentayga sales when the car goes on sale later this year.

The SUV builds on the latest second-generation Bentayga, extending the wheelbase and rear cabin space by an extra 7 ins. (180 mm) while overall length increases to 209 ins. (5,322 mm). The increased length is all in the rear door, to maximize the rear cabin area and entry point for passengers and boasting the largest cabin space in its segment.

It also features Bentley’s new Airline Seat specification with 22-way adjustment and claimed world-firsts in an auto climate sensing system and postural adjustment technology. In Relax mode, the seat can recline to 40 degrees while the passenger seat is motored forward and a leather-trimmed footrest deploys from the back of the front passenger seat. In Business Mode, the seat moves into its most upright position to aid deskwork.

Bentley claims its auto climate seat senses occupant temperature and surface humidity and then determines whether to apply heat, ventilation or both simultaneously to keep the occupant at optimum thermal wellbeing. Meanwhile, the posture adjustment system automatically fine-tunes to the occupant’s seating position and pressure points by measuring pressure across the seat surface (pictured, below). The system claims to apply 177 individual pressure changes across six independent pressure zones over a three-hour period to aid comfort and reduce fatigue on long journeys. 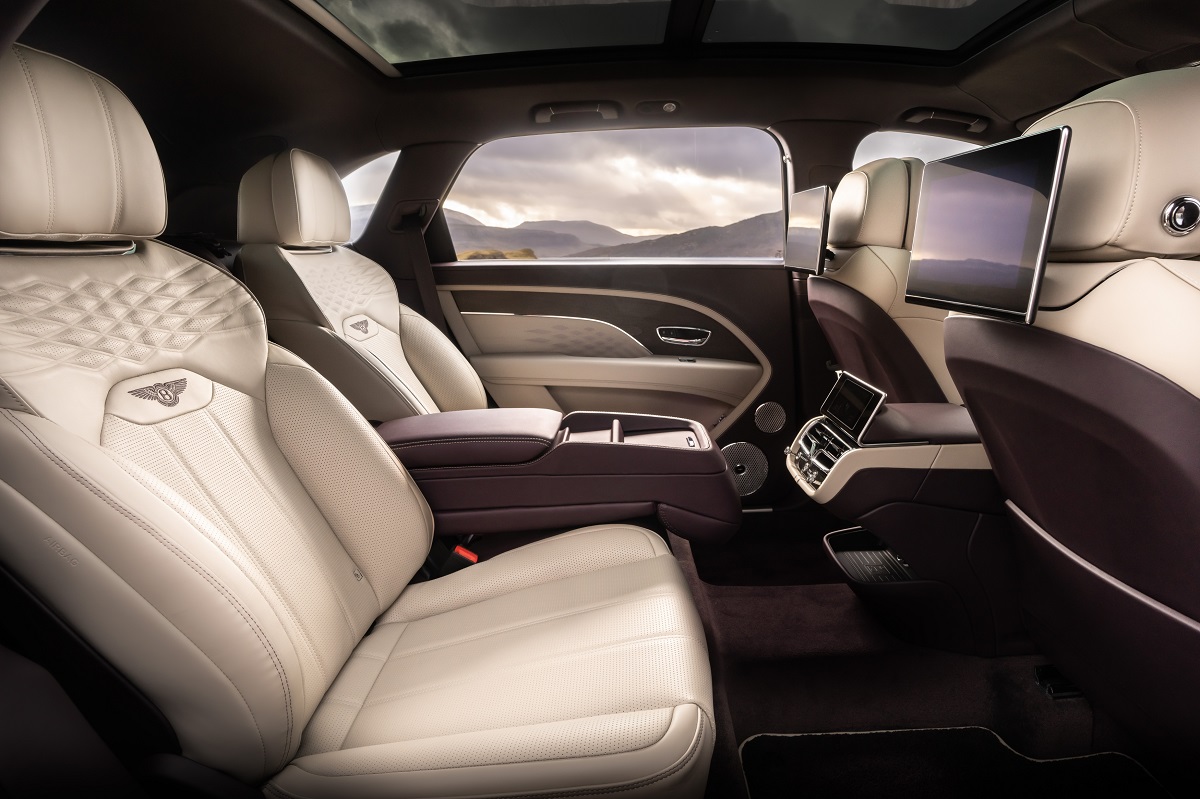 Other new interior atmospheric touches include Bentley Diamond Illumination, where light is emitted through small perforations in the soft-feel door trim.

Chassis hardware firsts for the model see the introduction of Electronic All Wheel Steering to offset any chance of compromising dynamic ability despite the longer wheelbase. In fact, the turning circle is 7% less than that of a standard Bentayga, at 464 ins. (11.8 m). Bentley Dynamic Ride, the 48V active anti-roll control system introduced as an option on Bentayga, comes as standard on the Extended Wheelbase.

Adrian Hallmark, chairman and chief executive of Bentley Motors, says: “The Bentayga Extended Wheelbase is our first car truly dedicated to the onboard wellness of its occupants. Every Bentley gets you to your destination feeling more relaxed than when you started your journey, and yet with the Extended Wheelbase we’ve been able to go even further thanks to the adoption of world-first wellness technology embedded within our unrivaled interior cabin design.

“In combination with the incredible skills of the craftspeople at our carbon-neutral factory in Crewe (U.K.), these advances make the Bentayga Extended Wheelbase the ultimate luxury SUV to drive or be driven in.”

Deliveries are expected by the end of this year and prices have yet to be announced.