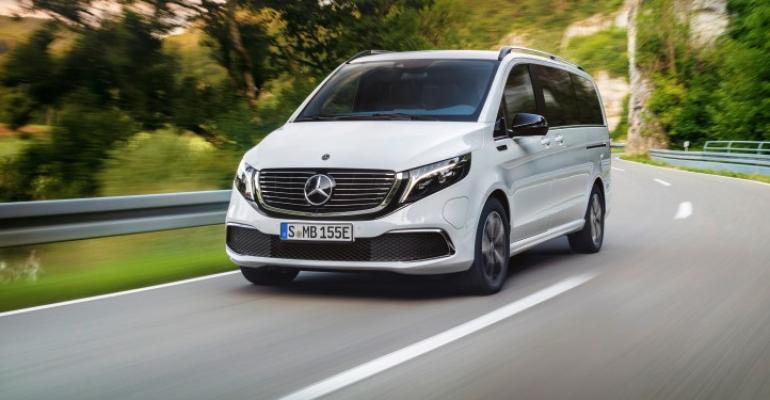 Daimler launches production of the battery-electric Mercedes EQV multipurpose vehicle, which shares a body with the V-Class MPV powered by an internal-combustion engine.

First announced at the 2019 Geneva auto show, the EQV was in development for more than two years.

Production began earlier this month at Daimler’s plant in Vitoria, Spain, 220 miles (365 km) northwest of Madrid, after the facility was modified for EV assembly and employees underwent training. The plant also will assemble the battery-electric eVito panel van.

Plant management notes the modifications were made without interrupting production of ICE-powered versions of the V-Class and Vito.

The EQV’s motor generates 204 hp and has up to 260 miles (418 km) of range. The battery has an installed capacity of 100 kWh. The EQV has a water-cooled onboard AC charger and incorporates a DC fast-charging system and a combined charging system as standard. 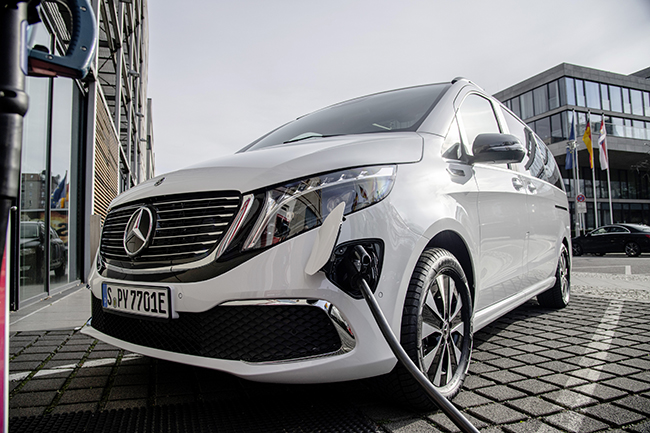 The battery’s location under the floor creates interior space comparable to that of the V-Class, Mercedes says. The choice of individual or bench seats allows the EQV to accommodate six, seven or eight passengers.

Mercedes also is offering an integrated maintenance package for the first four years of the vehicle's life.