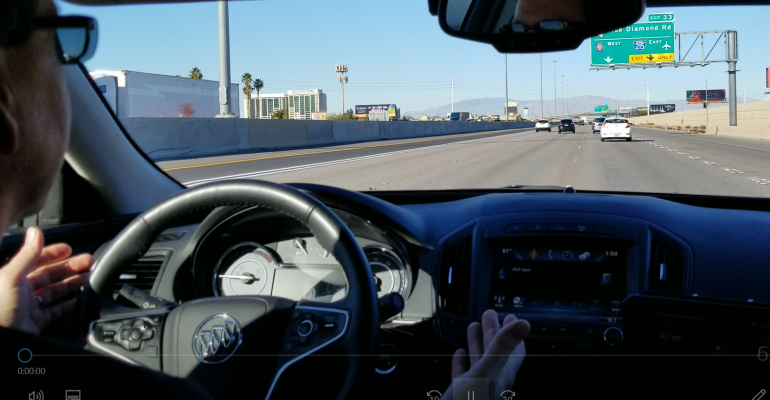 Development of autonomous-vehicle tech has paused during pandemic.
Vehicles

“They can’t slow down,” says analyst Roger Lanctot, referring to COVID-19’s effect on the car business and autonomous-vehicle development.

There’s much we don’t know about COVID-19, and figuring out to what degree it will further affect the auto industry remains a difficult question with no definitive answers.

That doesn't mean analysts don’t have some ideas.

What the sales slowdown and production stoppages in the early part of 2020 mean for whatever happens in 2021 is fodder for a wide-ranging session entitled “Shared Mobility in the Age of Social Distancing” at last week’s virtual Summer Festival of Automotive, which included the WardsAuto Interiors Conference and WardsAuto UX Conference.

Moderator Roger Lanctot, director-automotive connected mobility at Strategy Analytics, identifies some things we know, and it isn’t all good news.

“We know there have been layoffs, we know there has been in-sourcing of activities, and there have been some companies that have gone out of business,” he says, pointing to the start-ups that lost funding and organizations that are financially dependent on licensing fees that are usually paid as vehicles are being manufactured.

When production stopped in the spring because of the coronavirus, the payments stopped as well, and those supply-chain players were thrown into turmoil. Timetables of autonomous-vehicle development also have been affected.

Lanctot cites Connected Signals, Guardian Optical Technologies, Here Mobility and Starsky Robotics as companies that have filed for bankruptcy or have had serious funding problems caused by COVID-19.

“There has been some accelerated consolidation in the autonomous-vehicle space,” he says. “There are definitely casualties.”

Larger automakers initially put a pause on some of their work as well, Lanctot says, taking a few steps back as they let some people go, furloughed others and adapted as some people started working from home.

Lanctot now thinks the industry needs to play catch-up to make sure upcoming vehicle launches and the introduction of new autonomous technologies and infotainment systems stay on roughly the same schedule as was originally planned.

“The reality is setting in that they can’t slow down," he says. “They can’t delay projects. They can’t push everything back a year.

“If anything, they need to accelerate, because they basically lost time. They need to regain time by maybe skipping a generation. That’s my personal sense of how the industry is and or needs to react. There’s no time to wait."

Another analyst, Sam Abuelsamid of Guidehouse Insights, says the industry can use the COVID-19 downturn as a way to rethink when different autonomous-vehicle technologies will be released to the public.

“To the degree that there’s any delay, like in AV programs, it’s more due to the fact that the technology is not progressing as fast as they hoped,” Abuelsamid says.

“What they’re doing is taking things that they’ve learned from that, technologies they’ve developed – more advance computing, more advanced sensing – and they’re bringing that down and trying to get some return on that investment while they continue the AV stuff and maybe push out some of the deployment of the Level 4 stuff until the technology is really ready.”

Lanctot says the pandemic has thinned out traffic on city streets, largely because so many people are working from home.

How that will change with the advent of autonomous vehicles and when “things get back to normal – whenever that is – is very much up in the air,” he says.

He refers to mayors and city planners “cheering” at the absence of traffic congestion. “They definitely want to foster that. Every time you turn your head, there’s another COVID-related factor that facilitates this process.”