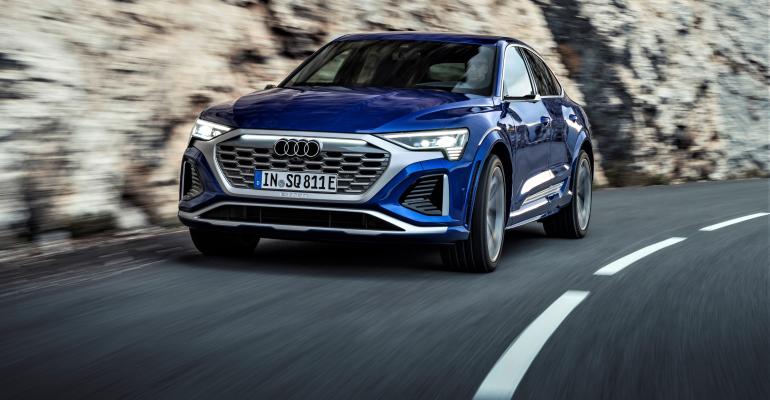 The Q8 e-tron and Q8 Sportback e-tron SUVs receive upgraded drivelines and a revised battery management system for added efficiency and greater range, among other changes.

Audi unveils facelifted versions of the e-tron quattro and e-tron quattro Sportback, confirming they will be renamed Q8 e-tron and Q8 Sportback e-tron for the ʼ23 model year.

Arriving in key markets early next year, the two battery-electric SUVs receive subtle exterior and interior styling changes, as well as drivetrain upgrades claimed to increase both efficiency and range for each of the six individual models in the lineup. The most powerful models, the SQ8 e-tron and SQ8 Sportback e-tron, continue to develop 496 hp and up to 717 lb.-ft.  (972 Nm) of torque and, with a more energy-dense battery, provide up to 311 miles  (501 km)of range on the WLTP test cycle.

“We were able to significantly increase both battery capacity and charging performance,” says Oliver Hoffmann, head of Audi’s R&D activities. “On top of this, we improved the motors and chassis control systems.”

Among the styling changes made to the 3-year-old SUV pairing is the adoption of a new-look grille featuring Audi’s new two-dimensional ring emblem. It is set within a re-profiled bumper and is bookmarked by headlamps with revised graphics and new functions, including a new orientation light for country roads and a lane light with a direction indicator.

At the rear are new taillamp graphics and a revised bumper. 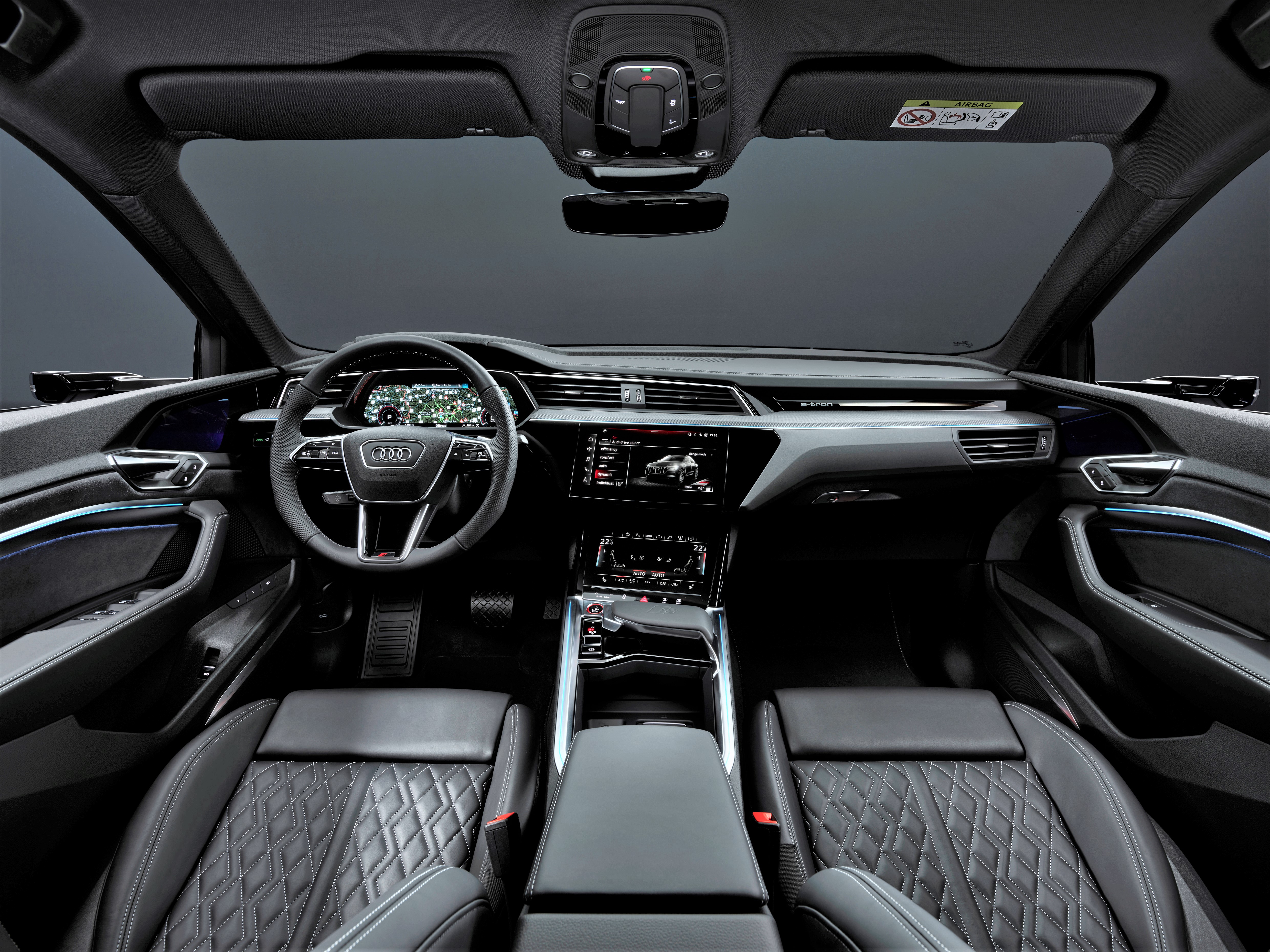 Inside, Audi’s electric-powered SUV models receive new recycled upholstery and trim options in a lightly revised cabin (pictured, above) that also features changes to the MMI (multimedia interface), which comes with MMI Navigation plus a so-called e-tron route planner as standard.

The upgraded drivelines adopt a revised electric motor. The asynchronous motor mounted on the rear axle gets 14 copper windings in the stator instead of the previous 12 for a stronger magnetic field and reduced current for lower power consumption under constant cruising conditions.

The SQ8 e-tron and SQ8 Sportback e-tron continue with the same tri-asynchronous motor layout as the models they replace, with one unit mounted in the front and two at the rear. 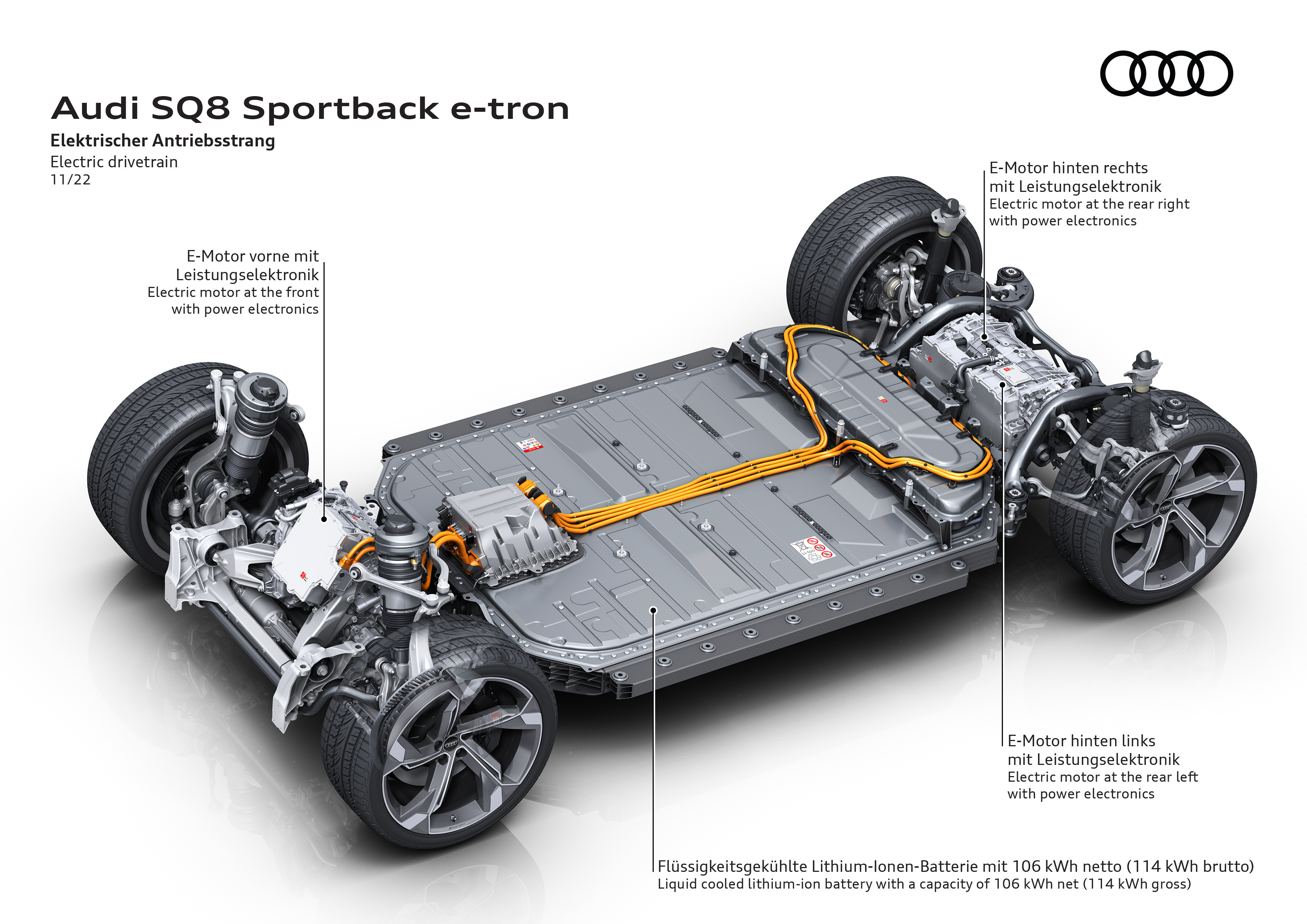 The Q8 arrives on a version of the MLB platform (pictured, above) rather than the more-advanced PPE setup. Audi has delayed rolling out that platform to 2024, when it will first underpin the Q6 e-tron and Q6 Sportback e-tron.

The power electronics software for each model has been upgraded with a revised operating strategy for brake-energy recuperation, which can generate up to 0.3g in its most effective mode. 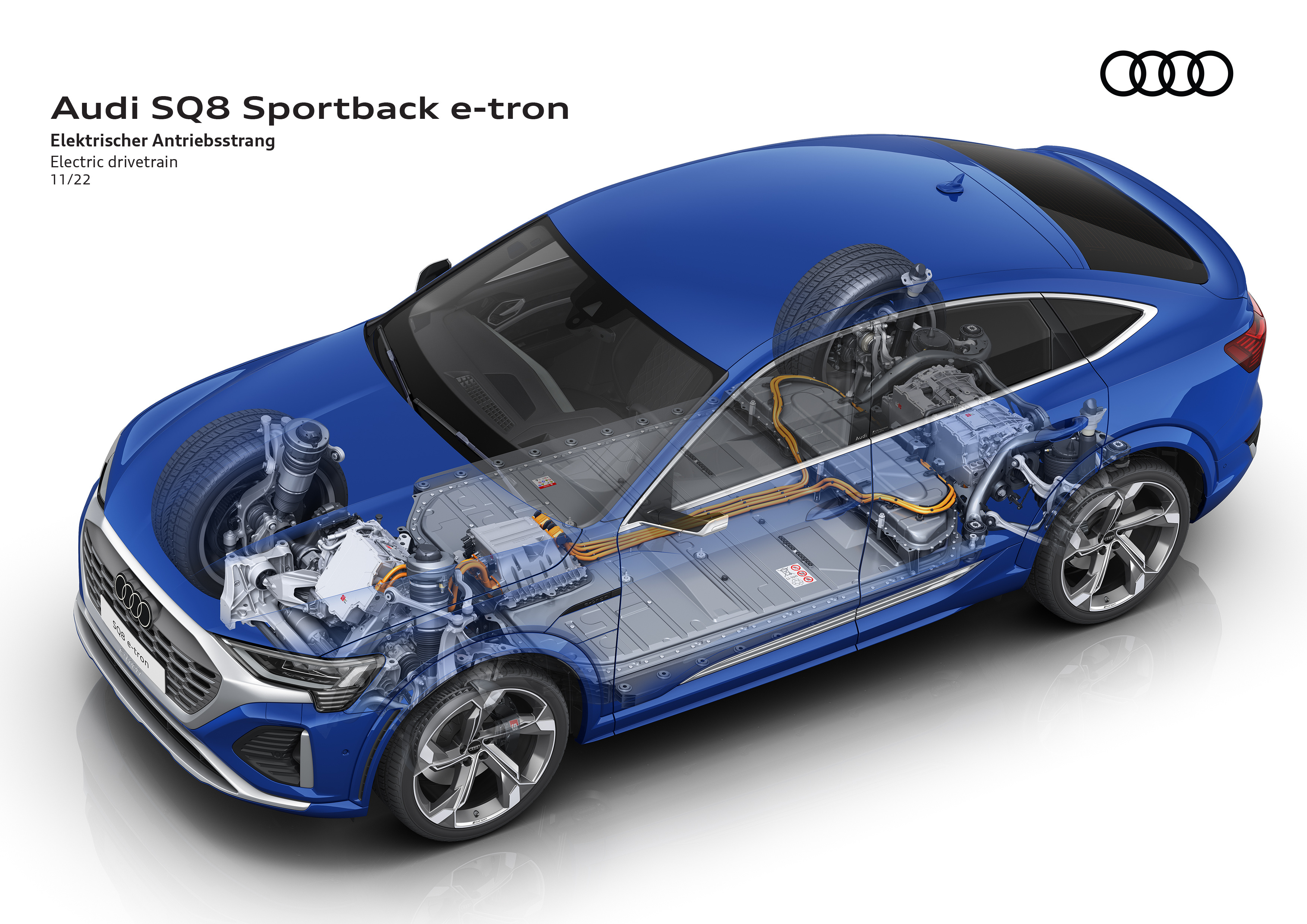 The battery continues to operate at 400V. But Audi says the adoption of more advanced cells and a new battery management system increases the energy density by up to 20%. A revised stacking process, with altered electrode placement, also is said to increase energy efficiency.

The same 106-kWh battery features in the SQ8 e-tron and SQ8 Sportback e-tron, providing them with the same 311 miles provisional WLTP range, according to Audi. 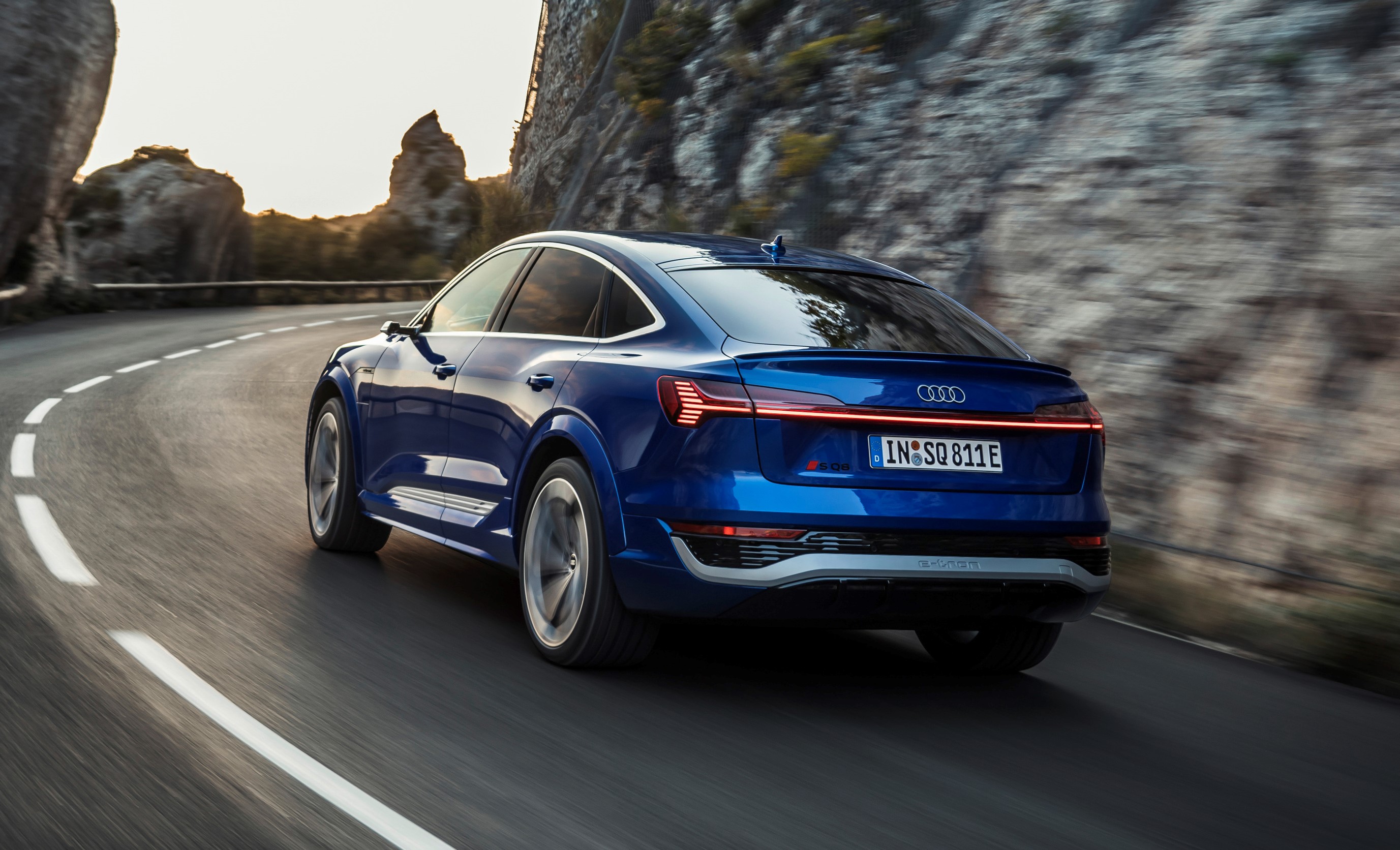