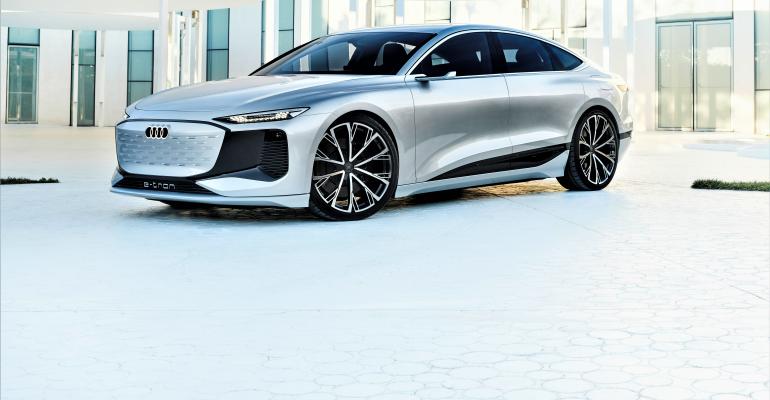 The battery-electric sedan is due to go on sale in North America in 2022 as a direct rival to the Tesla Model S.

Audi previews plans to extend its growing lineup of dedicated electric-powered e-tron models with the unveiling of the A6 e-tron concept at the 2021 Shanghai auto show.

The svelte liftback-style sedan is the first model to be based on the German automaker’s newly developed Premium Platform Electric (PPE) architecture – a structure developed in partnership with Volkswagen Group sister company Porsche.

The all-wheel-drive A6 e-tron concept features a dual electric motor driveline with a combined output of 469 hp and up to 590 lb.-ft. (800 Nm) of torque.

Although it is described as a concept, Audi officials say the A6 e-tron will see production in little changed form in late 2022, joining the e-tron quattro, e-tron Sportback, e-tron GT, Q4 CUV and Q4 Sportback in an expanded lineup of electric-powered models.

The A6 e-tron will be sold in North America with a range of different driveline configurations, including standard single-motor rear-wheel drive and optional dual-motor quattro all-wheel drive, as a rival to the likes of the upcoming Mercedes-Benz EQE, recently facelifted Tesla Model S and new Nio ET7.

Depending on the model, Audi claims its first electric sedan will boast a range of more than 435 miles (700 km) on the WLTP test procedure.

The concept sedan revealed in Shanghai features a 100-kWh lithium-ion battery. Mounted entirely within the flat skateboard-style floor structure, it can be charged at up to 270 kW, which Audi says will allow the production car to offer 186 miles (300 km) of range in 10 minutes of fast-charging. A 5%-to-80% charge is claimed to take 25 minutes.

At the unveiling of the A6 e-tron concept in China, Audi also announces the most powerful model in its lineup, a sporting S-badged performance flagship running the same dual-motor driveline, will be capable of delivering 0-62 mph (100 km/h) acceleration in “less than four seconds.”

Despite wearing the A6 name, Audi says the only thing the new electric sedan has in common with the current combustion-engine A6 are its dimensions.

Departing from the traditional sedan layout of its combustion-engine sibling, which is based on Audi’s Modular Longitudinal Architecture platform, the A6 e-tron adopts a liftback-style body similar to that used by the current A7 Sportback.

The exterior is less angular than more recent combustion-engine Audi models with what is described as a more “organic” design that will set the tone for other future e-trons, including a new Q6 e-tron twinned with an electric-powered variant of the second Porsche Macan also due out in 2022.

Audi says the new car is its most aerodynamically efficient yet with the production version claimed to boast a drag coefficient of 0.22.

The PPE platform used by the A6 e-tron concept departs from the MLB, J1 and MEB structures used by Audi’s existing electric-powered e-tron models. Developed specifically for high-volume B- and C-segment models, it has been conceived to underpin vehicles with both low and high ground clearance.

Audi says the platform can be used both for sedans and CUVs as well as more sporting coupes and convertibles, providing greater economies of scale than that achieved with the existing MLB and J1 platforms.

In a showcase of the production A6 e-tron’s chassis, the concept features a five-link front and multi-link rear air suspension featuring adaptive damping control.

Audi says its latest e-tron, as well as other PPE-based models, will be produced at its European manufacturing sites as well as a new facility being constructed in Changchun, China, in cooperation with its long-standing joint venture partner, First Automobile Works (FAW). 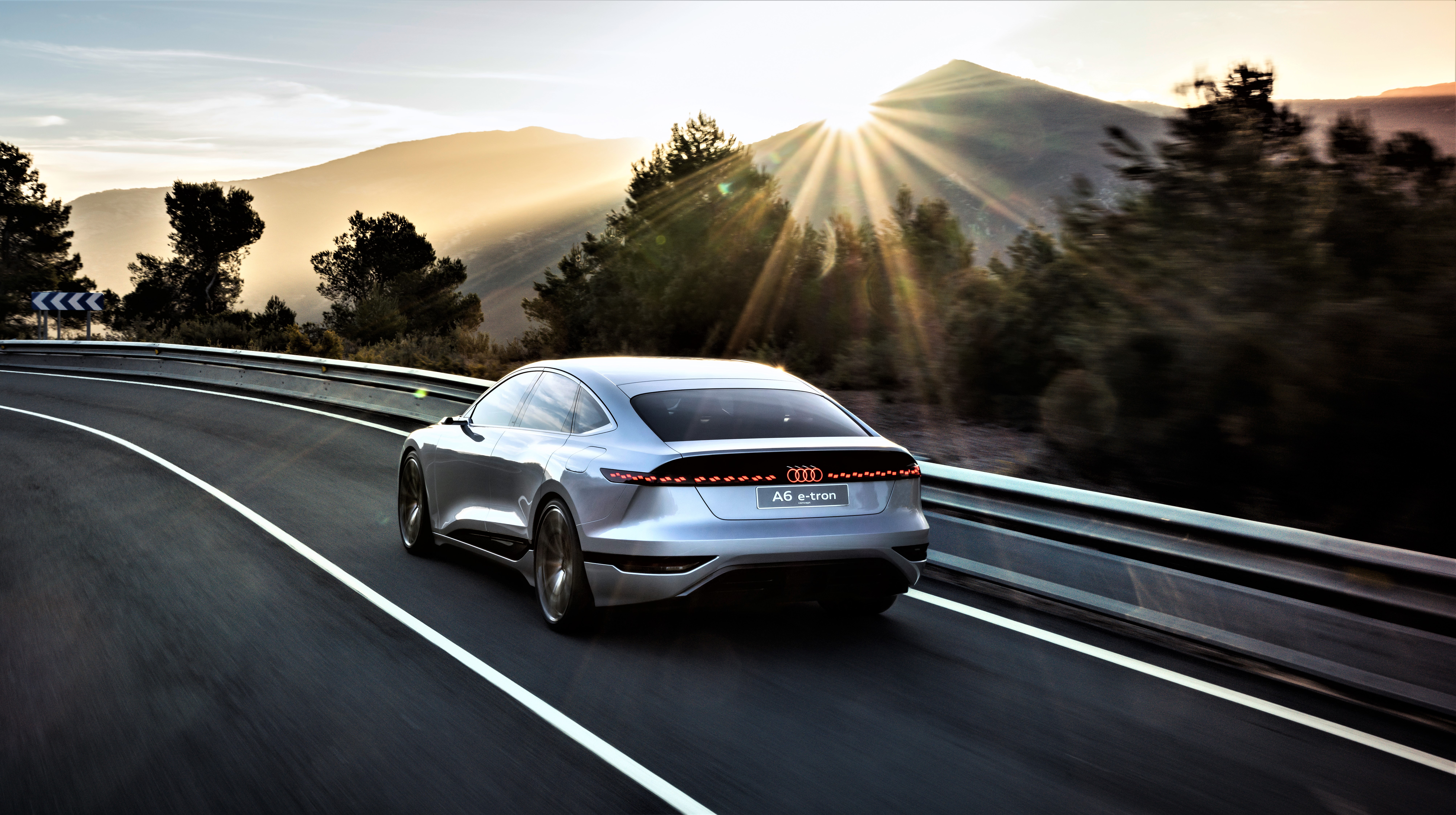