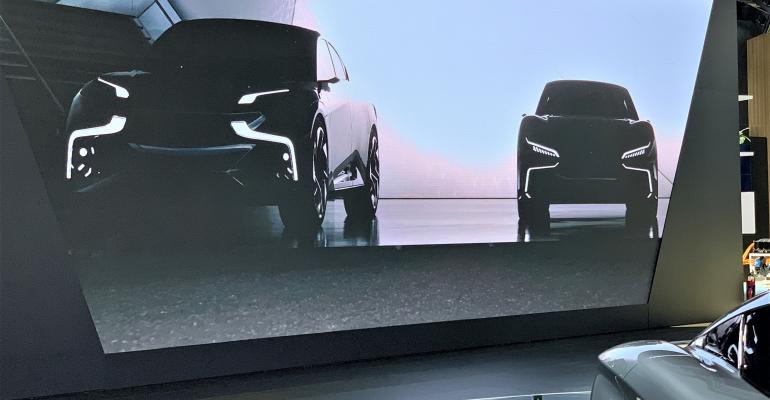 The German-Sino engineering services and supercar manufacturer reveals its EVision S concept, with customer deliveries slated for 2023, plus a dramatic new combustion-engine supercar.

Apollo Automobil reveals its plans to enter the electric-vehicle ranks with the unveiling of a luxury sedan concept at the 2021 China International Import Expo in Shanghai.

The stylish EVision S, which is slated for customer deliveries in 2023, is one of a number of models being developed by the German engineering services outsourcing and supercar manufacturer’s newly formed electric vehicle offshoot, Apollo Future Mobility Group, following extensive investments and acquisitions in recent years.

Described as a “progressive showcase of Apollo’s vision for the future of electric mobility,” the EVision S concept (pictured, below) has been conceived to offer greater usability and practicality than the company’s current supercars.

The exterior of the new four-door BEV espouses what Apollo calls its Fast Forward design language, with a coupé-like profile, heavily structured surfaces and distinctive detailing, including hockey-stick-shaped headlights and a full-width rear light bar. It's nearly 197 ins. (5,004 mm) long and more than 78 ins. (1,981 mm) wide. 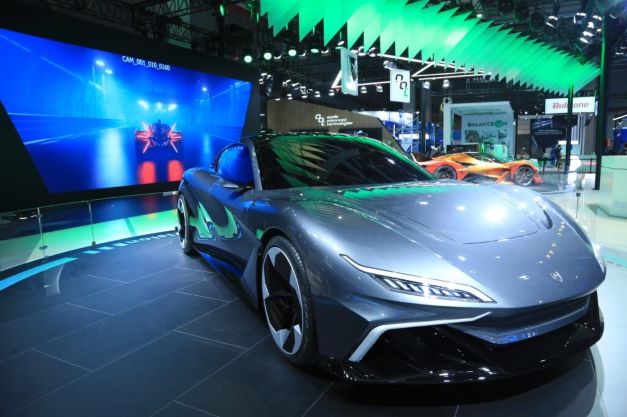 The EVision S’s striking styling is expected to be retained for the production model, which is currently being engineered at R&D centers in Germany and China.

Although Apollo is yet to reveal technical details of the EVision S, it confirms it is continuing development of a new 800V silicon-carbide (SiC) dual inverter in cooperation with Japanese electronic-components maker ROHM.

This inverter is planned to be coupled with two 800V axial-flux electric motors as part of a modular electric driveline showcased in Shanghai under the name Crate Powertrain.

As well as being earmarked for future Apollo EVs, Crate Powertrain will be offered to third parties, according to Apollo Future Mobility Group CEO Ho King Fung.

The EVision S will be followed by the EVision X, a luxury electric SUV to rival the likes of the Mercedes-Benz EQS SUV. It was previewed in a darkened image shown to media representatives at the 2021 China International Import Expo.

The two Apollo BEVs are planned to go into production in China by the end of 2023.

Apollo has unveiled an internal-combustion-engine successor to the Intensa Emozione, the Project Evo, in Shanghai. The dramatic-looking supercar is the first Apollo model to be based on the company’s new carbon-fiber monocoque, which has been developed around LMP2 racing regulation requirements.

Apollo claims to have invested up to RMB 3 billion ($470 million) in R&D activities for its new electric sedan and SUV as well as other yet-to-be-revealed models. Another RMB 2 billion ($312 million) is earmarked for establishing a production base in China in cooperation with the Chinese state-owned Shanghai Jinqiao Export Process Zone Development.