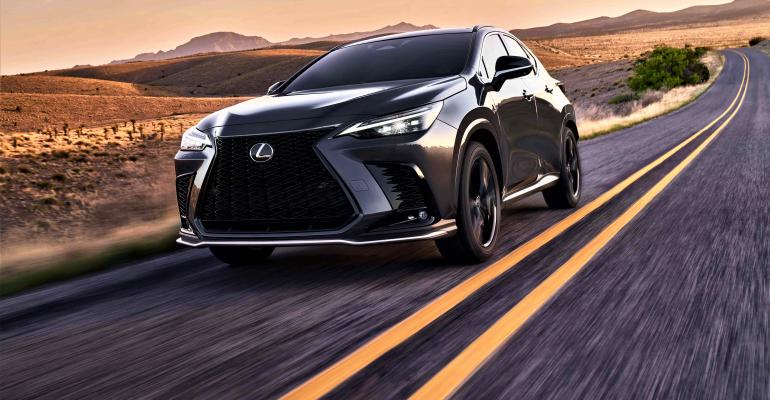 Over-the-air updates, a native navigation system that lives in the cloud for real-time traffic information, user profiles that can move from vehicle to vehicle and a voice interface are among the new features to be found on the optional 14-in. touchscreen.

Lexus updates its small luxury SUV with an emphasized focus on creature comforts. The all-new ’22 Lexus NX will be the first to offer a completely redone multimedia system called Lexus Interface, which finally sees the end of the much-maligned interactive touchpad in favor of a modern touchscreen with personalization and connectivity options galore.

Lexus Interface was developed by Toyota Motor North America’s Connected Technologies group after “listening to customers’ requests and anticipating their future desires,” the company says in a statement.

That means over-the-air updates, a native navigation system that lives in the cloud for real-time traffic information, user profiles that can move from vehicle to vehicle and a voice interface, among other new features that will find room to breathe on the optional 14-in. (36-cm) touchscreen. Mapping doesn't require a constant connection, as Lexus Interface has an offline mode that will download maps and services in advance if you are about to drive into a place without cell service.

The updated infotainment system is just one way the new NX is meant to attract a specific demographic, according to Lexus’ vice president of marketing, Vinay Shahani.

“The NX is the perfect embodiment for the next chapter of Lexus,” he says. “We expect to hit the new heart of the luxury market and fit perfectly into the lives of up-and-coming Gen Y customers as they enter the next chapter in their own lives.”

Design-wise, the front of the new NX shows off the brand’s new spindle grille with L-shaped daytime running lights. In back, there's a noticeable change to how Lexus will put its name on vehicles. A redesigned rear logo uses capital letters that stand out from the body, illuminated by the rear light bar that’s always on at night. The brand's traditional L emblem is still present on the nose and elsewhere in the vehicle.

The AWD NX 350h hybrid gets improvements over the outgoing NX as well. The 2.5L gasoline 4-cyl. and two electric motor-generators produce a combined 239 hp, which is a 20% increase over the ’21 NX. 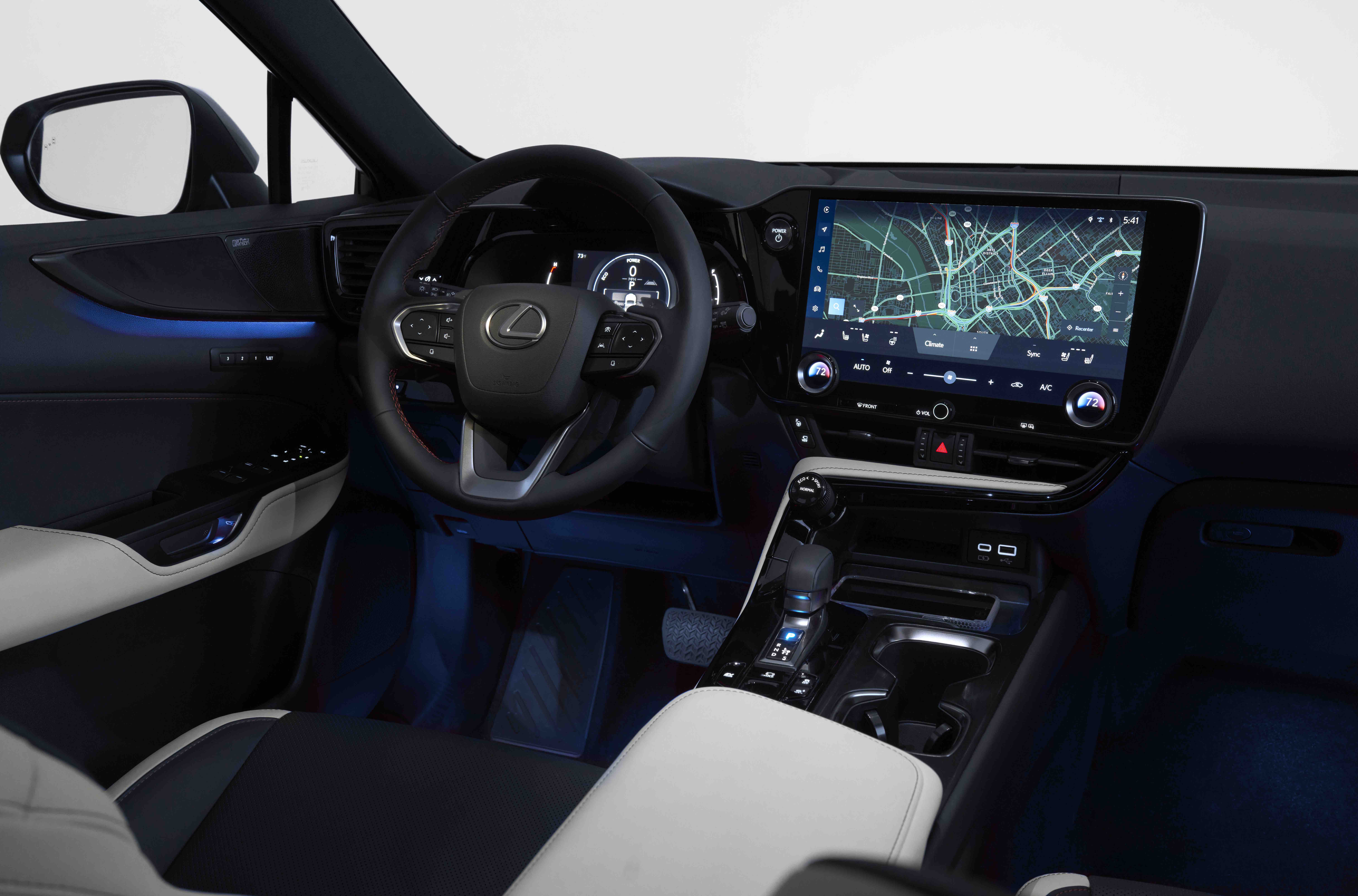 Finally, the NX 450h+ will be Lexus' first plug-in hybrid, combining a 2.5L 4-cyl. with an electrified system that will offer an estimated all-electric range of 36 miles (58 km). The lithium-ion battery can fully recharge in 2.5 hours when using the optional 6.6-kW Expedited Onboard Charger (it takes 4.5 hours using the standard 3.3-kW onboard charger). The 0-to-60 time drops a bit, to 6.0 seconds, in the full-time AWD PHEV.

One piece of green tech on the 450h+ not found on other PHEVs is called Predictive Efficient Drive (PED). When used with the navigation system, PED can maximize energy recuperation from the regenerative brakes because it’s paying attention to where you drive.

PED can learn your driving habits so that, when you’re getting close to an intersection it thinks you’re going to stop at, and you take your foot off the accelerator, it will increase the regenerative braking levels, recovering that momentum energy to recharge the hybrid battery.

Both the NX 350 and the 450h+ can be ordered with an F Sport Handling package that adds F Sport visual cues as well as active variable suspension and front and rear performance dampers. 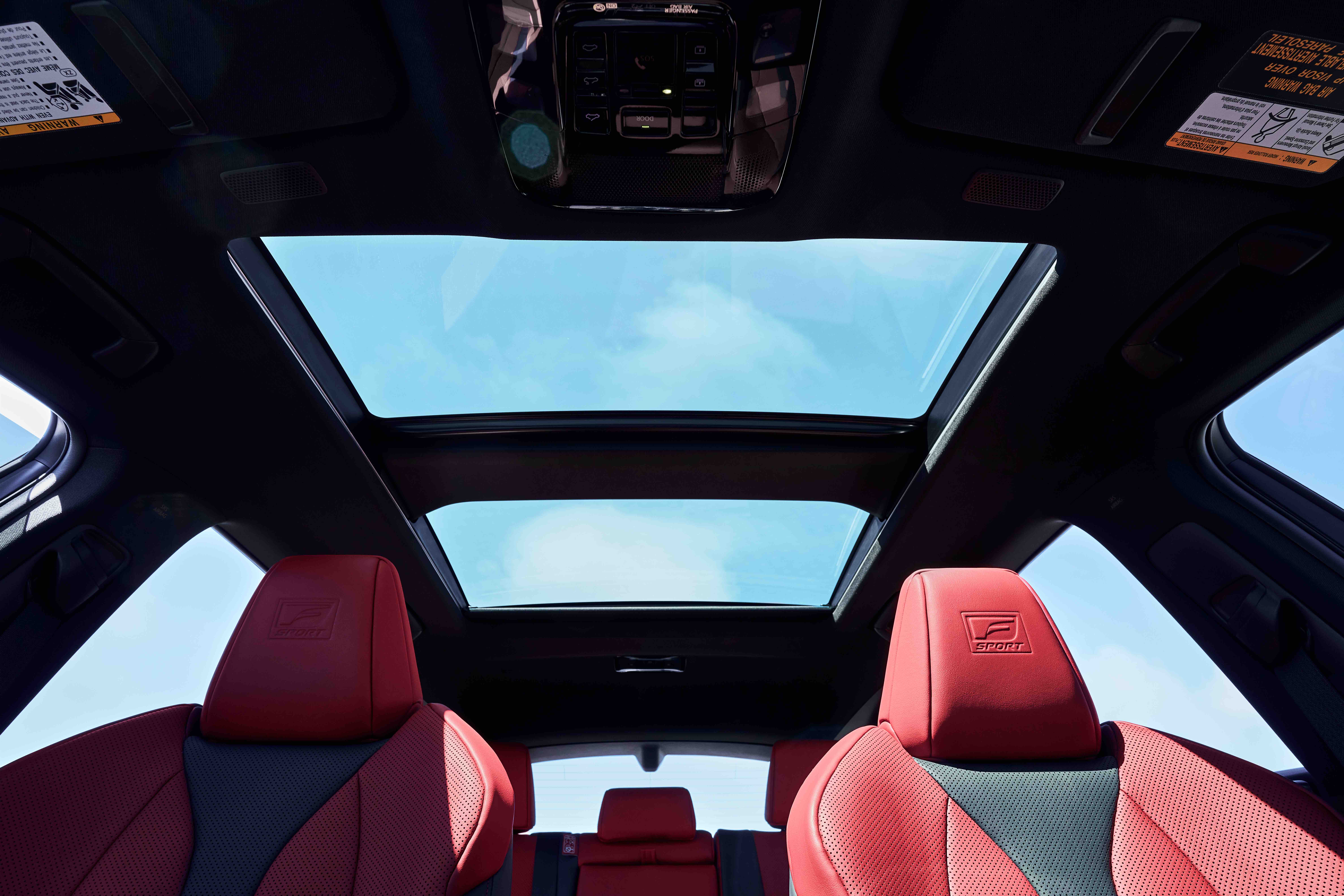 Aside from the new Lexus Interface technology and screen, which is angled toward the driver, not parallel to the dash, the new NX also introduces a 7-in. (18-cm) Multi Instrument Display and an optional 10-in. (25-cm) Head Up Display to the NX for the first time. Wireless Apple CarPlay and Android Auto capability is standard.

The new NX will come with Lexus Safety System+ 3.0 standard. This means a pre-collision system with oncoming vehicle detection, dynamic radar cruise control with curve speed management and warnings and automatic braking if it detects a vehicle in the way when you're turning left (it can spot pedestrians or bikers when turning in either direction).

The ’22 Lexus NX goes on sale in the fourth quarter of 2021. Pricing will be announced closer to launch. 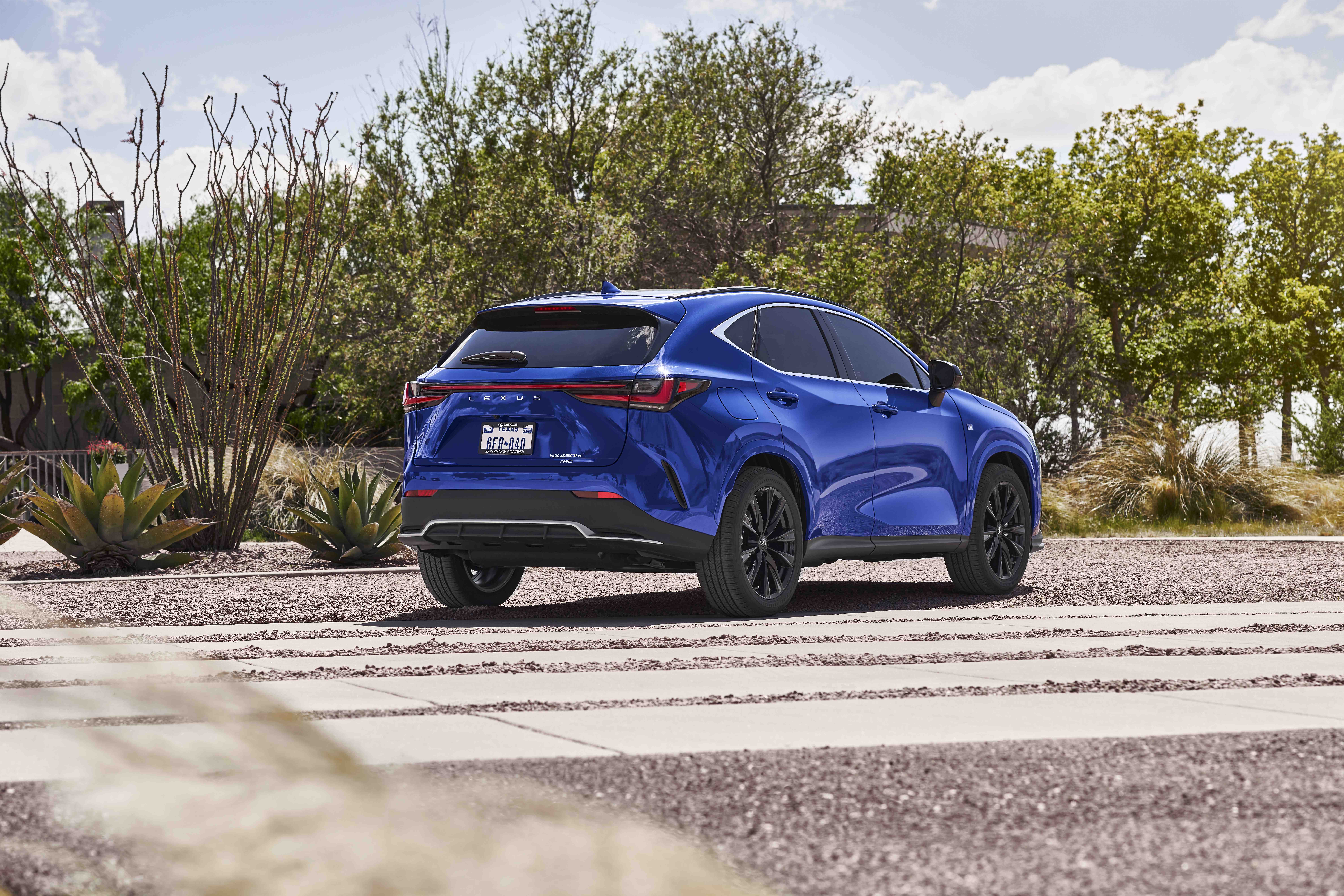