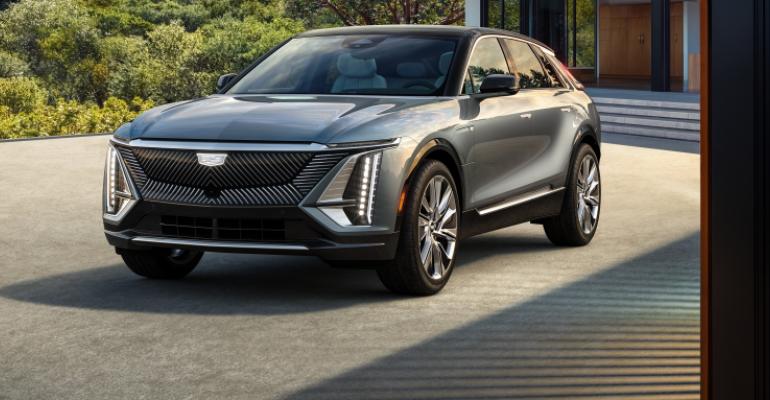 General Motors
Much of the content of the concept car, particularly the dramatic, angular front end and vertical headlamps, carries over to production '23 Lyriq.
Vehicles

Cadillac will begin taking reservations for the two-row CUV this September, and production will begin in late first-quarter 2022 at GM’s plant in Spring Hill, TN. Some 200 Cadillac dealers are surrendering franchises rather than commit to selling BEVs.

As it accelerates toward an all-electric future, General Motors announces the ’23 Cadillac Lyriq BEV will go on sale in the U.S. in first-half 2022 – nine months earlier than initially planned – with a starting price of $59,990, an estimated 340 hp and anticipated range of 300 miles (483 km) fully charged.

Cadillac will begin taking reservations for the two-row, five-passenger Lyriq CUV this September. Production is slated to begin for the U.S. and Canada in late first-quarter 2022 at GM’s assembly plant in Spring Hill, TN, the automaker’s third facility slated for BEV production.

Shortly after, GM China will launch its version of the Lyriq, but the automaker has not yet identified the assembly plant. More details on the China launch will come this summer.

GM previewed the Lyriq during CES 2021 in January and in Super Bowl advertising, so today represents the debut of the production model, along with performance specs and dimensions.

Much of the content of the concept car, particularly the dramatic, angular front end and vertical headlamps, carries over to the production model.

On the retail front, all Cadillac dealers in the U.S. must meet certain requirements to sell and service Cadillacs by first-quarter 2022, such as investing in charging infrastructure.

Last year, a “transition plan” was offered for those dealers who would rather give up their franchises than participate in Cadillac’s all-electric future.

Some 200 dealers are expected to give up their franchises, rather than invest in upgrades to sell BEVs.

At launch, the Lyriq will be considered Cadillac’s flagship vehicle, but it will be displaced by the Celestiq sedan when it launches later.

Employing GM’s flexible, modular Ultium long-range battery platform that will debut later this year on the GMC Hummer, the Lyriq will launch first with a one-motor rear-wheel-drive layout, and a second motor will be added to the front axle for an all-wheel-drive system to be available later. 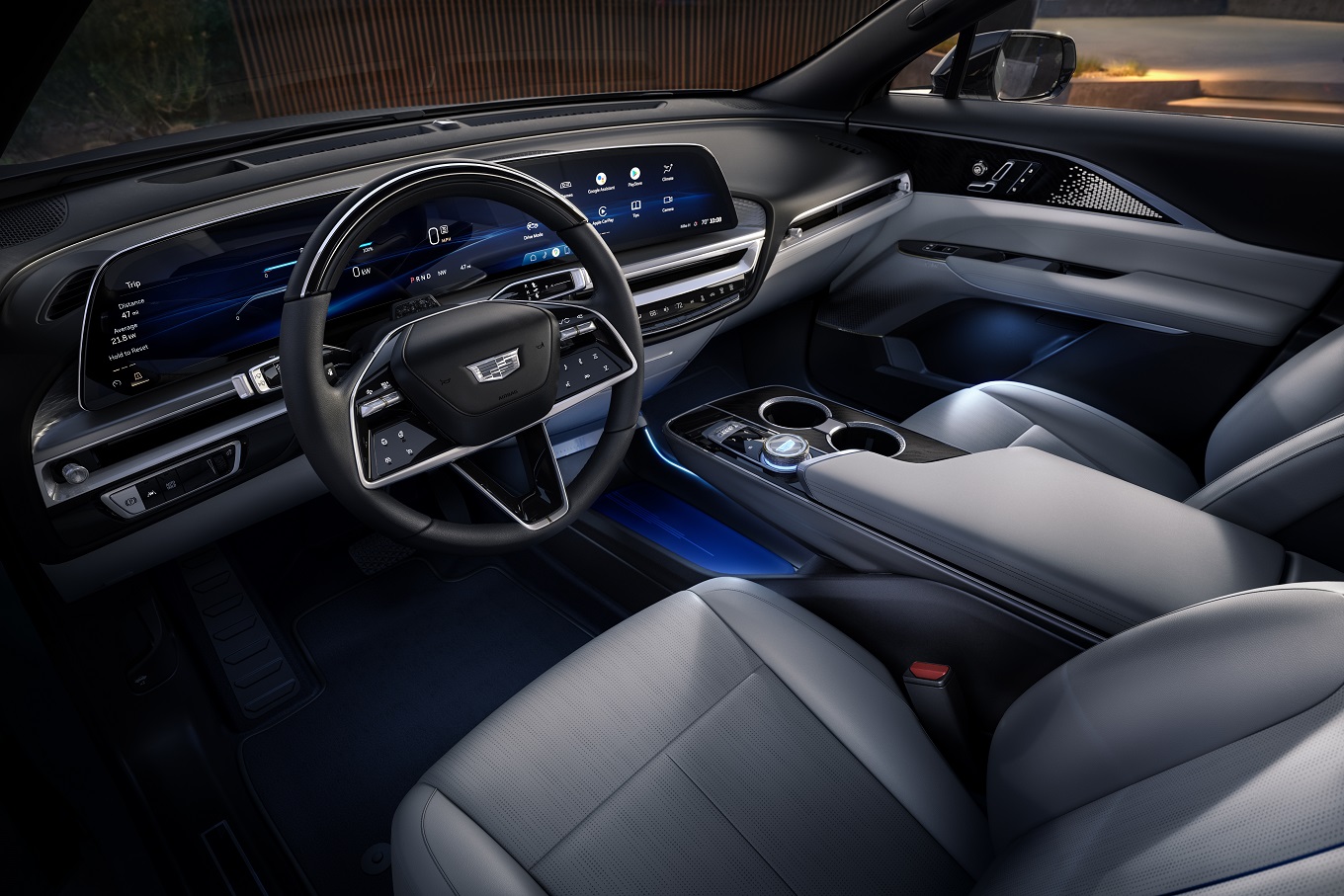 Power will come from a 12-module 100-kWh lithium-ion battery pack that is compatible with high-speed DC fast charging (at 190 kW), which can add about 76 miles (122 km) of range in about 10 minutes, GM says.

Exterior colors are limited to Satin Steel Metallic or Stellar Black Metallic, while interior shades are gray (pictured above) and black.

The ’23 Lyriq will appear in an ad campaign debuting April 25 during the Oscars broadcast. 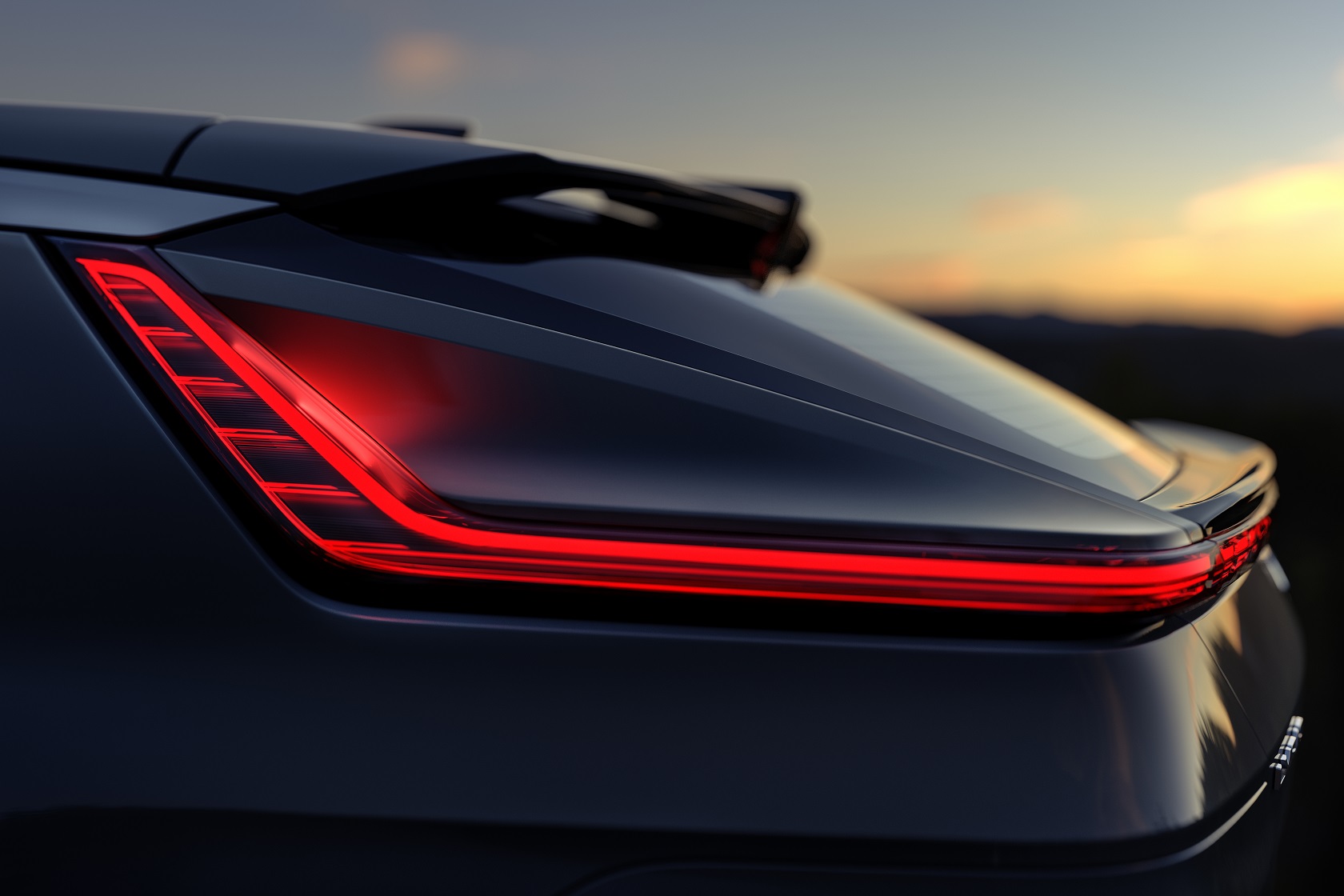