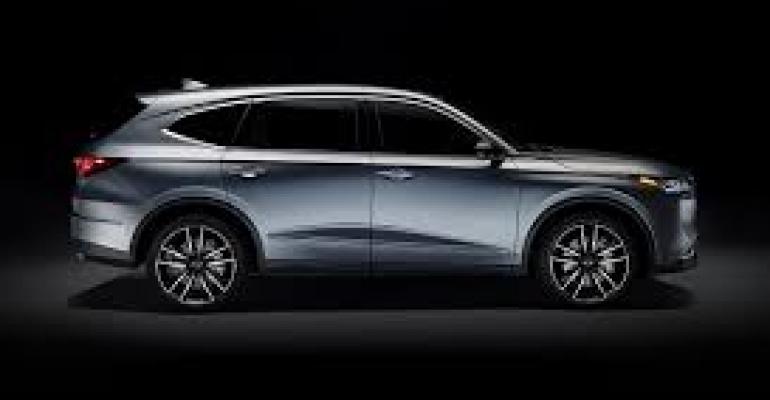 The redesigned MDX, starting at $46,900 and arriving at dealers Feb. 2, features new styling inside and out and what Acura calls the most high-tech and advanced cockpit in the brand’s 35-year history.

Newly designated as the brand’s flagship, the ’22 MDX features new exterior and interior designs and what Acura calls the most high-tech and advanced cockpit in the brand’s 35-year history.

Powering the MDX is a 3.5L V-6 rated at 290 hp and 267 lb.-ft. (362 Nm) of torque and paired for the first time with Acura’s 10-speed automatic transmission. Fuel efficiency is maximized with variable valve timing and variable cylinder management.

The all-new light-truck platform underpinning the MDX lengthens the wheelbase by 2.8 ins. (71 mm) and is 1.4 ins. (36 mm) wider. The dash-to-axle ratio is extended by nearly 6 ins. (152 mm), lending a “cab rearward” proportion to the MDX and emphasizing the power under the hood.

The cabin (below) makes use of authentic materials such as open-pore wood, brushed aluminum and soft-touch Milano leather. A hand-wrapped instrument panel with available top-stitching provides a premium touch, the automaker says.

Also new for 2022, the MDX Advance Package offers a 10.5-in. (27-cm) full-color head-up display that can show critical vehicle alerts, collision warnings and incoming calls and texts as well as navigation instructions and vehicle speed. 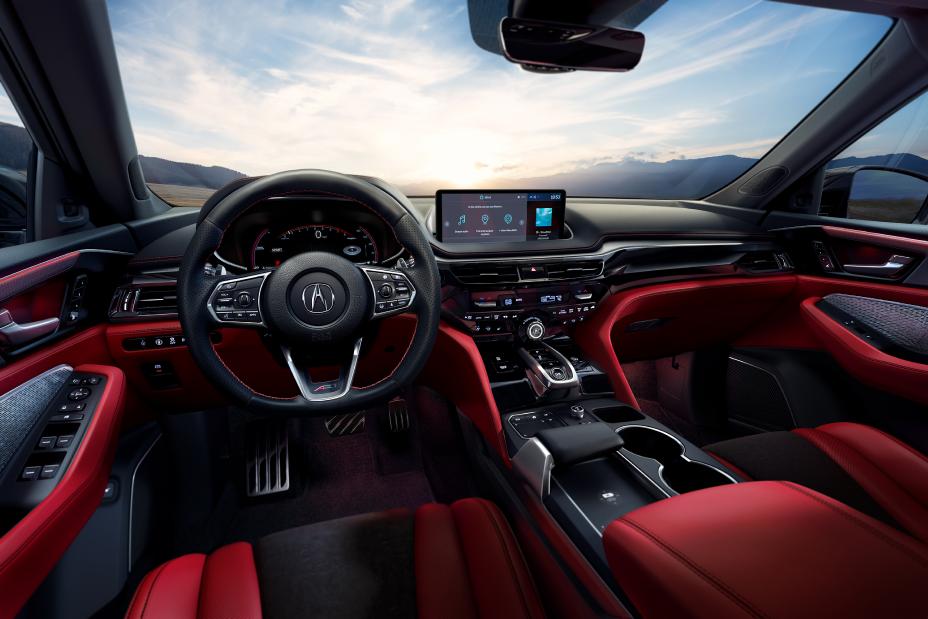 The third row is 2 ins. (51 mm) higher from the floor compared to the outgoing model and has USB charging ports on both sides of the cabin.

Both are assembled at Acura’s East Liberty, OH, plant, and their engines are built at the company’s Anna, OH, plant.

The MDX is the top seller in Wards Intelligence's Large Luxury CUV segment, with 32,553 deliveries through the first nine months of the year. That's down 12.6% from year-ago but is 10,000 units ahead of the second-place Volvo XC90. 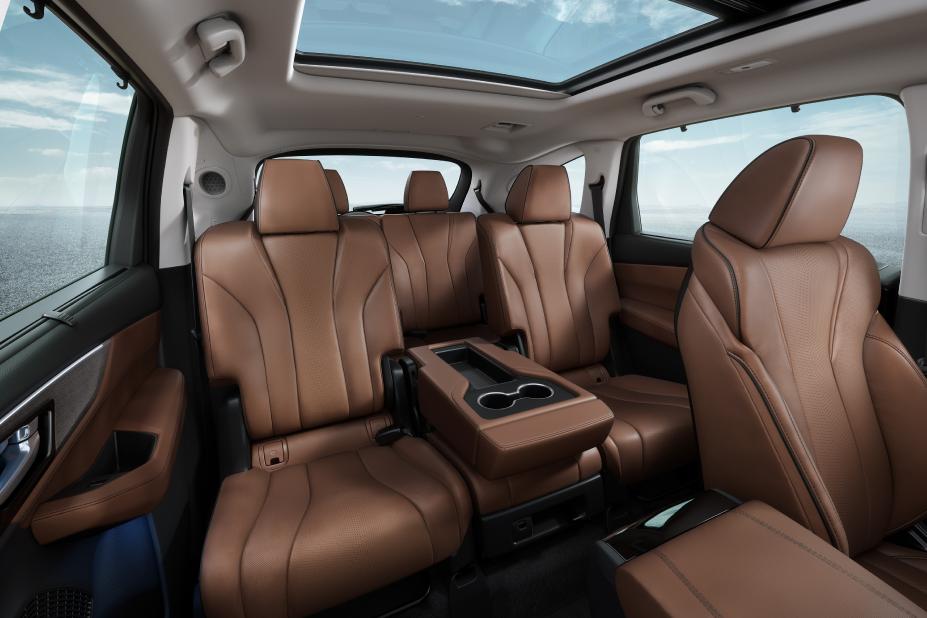 MDX's second-row middle seat can be upright, folded down or removed.