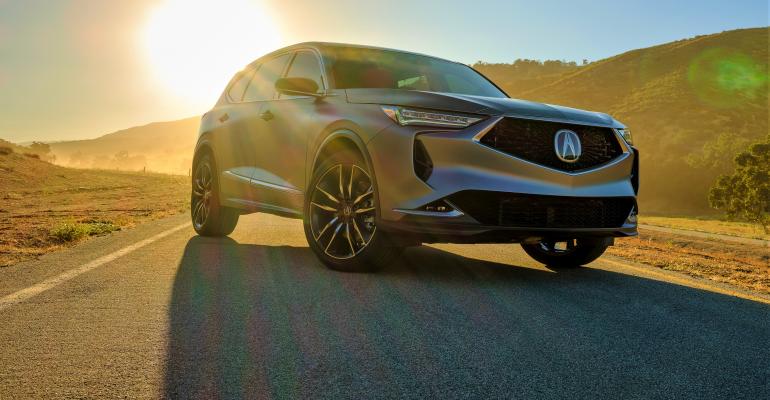 The Honda luxury brand describes the upcoming MDX as the most premium, performance-focused and technologically sophisticated CUV in Acura’s history. At the end of its product cycle, the current-gen MDX remains No.1 among midsize luxury CUVs.

Acura unveils its MDX Prototype, a preview of the fourth generation of the perennially popular 3-row luxury CUV.

The new MDX will arrive at dealers in early 2021, followed that summer by the high-performance MDX Type S.

“The new MDX marks a turning point for Acura as our new flagship and the most far-reaching effort yet to deliver on our Precision Crafted Performance brand promise,” Jon Ikeda, vice president and Acura brand officer, says in a news release.

“We knew we needed to deliver something more emotional and premium with performance at its core. This new MDX builds on the past 20 years of success and elevates the model to an even stronger position in the market.”

Even at the end of its product cycle, the outgoing MDX is selling well, staying atop Wards’ Middle Luxury CUV segment with 32,553 deliveries through September. So far this year, it is outselling rivals such as the Volvo XC90, Infiniti QX60 and Audi Q7 by a wide margin.

Described as the most premium, performance-focused and technologically sophisticated CUV in the Honda luxury brand’s history, the new MDX’s design and well-appointed interior will be bolstered by new Acura technologies, an all-new performance-focused platform with MDX’s first-ever double-wishbone front suspension and the first use of the Type S high-performance designation on an Acura utility vehicle.

The MDX Prototype features a more dynamic and muscular look. The upright grille and long, sculpted hood are anchored to an even lower and wider body with bulging shoulders and a greenhouse set further back, enabling a 6-in. (152-mm) increase in dash-to-axle dimension. 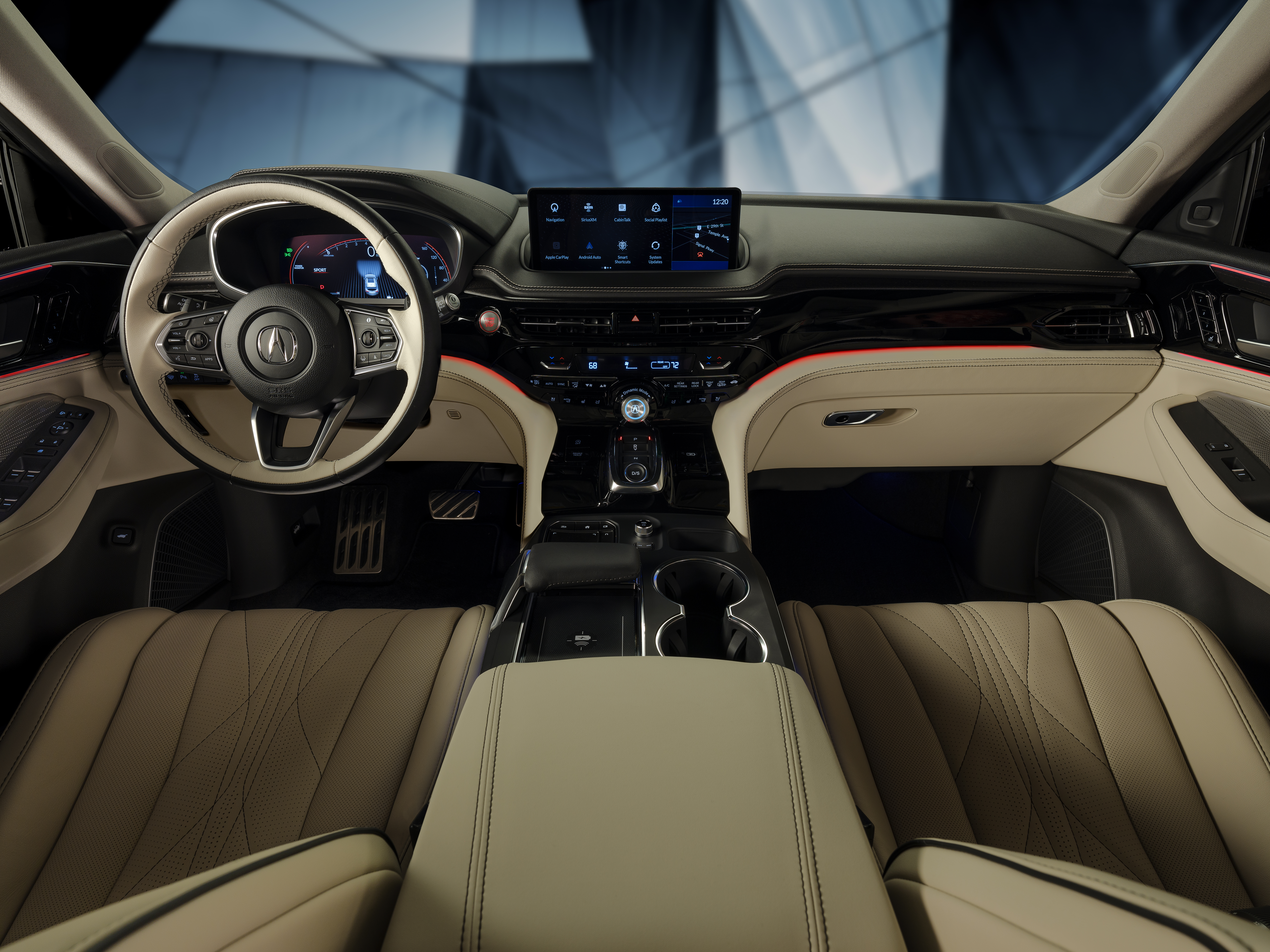 Acura’s Iconic Drive LED illuminates the entire MDX cabin with 27 different lighting schemes tied to driving modes and representative of various locations, such as iconic roads and race circuits around the world, the automaker says.

One of two new powertrains will power the fourth-generation MDX. Standard power will come from Acura’s 3.5L V-6 connected to a 10-speed automatic transmission.

The upcoming MDX Type S will feature an exclusive 3.0L turbocharged V-6 producing an estimated 355 hp and 354 lb.-ft. (480 Nm) of torque, the most powerful engine ever offered in an Acura CUV. All MDX Type S models will be equipped with Acura’s fourth-generation SH-AWD system.

The all-new MDX will be built at Acura’s East Liberty, OH, plant, while both the 3.5L V-6 and new Type S-exclusive 3.0L Turbo V-6 will be produced at the automaker’s Anna, OH, engine plant.

Acura’s 10-speed AT is built exclusively at the company’s Tallapoosa, GA, transmission plant. 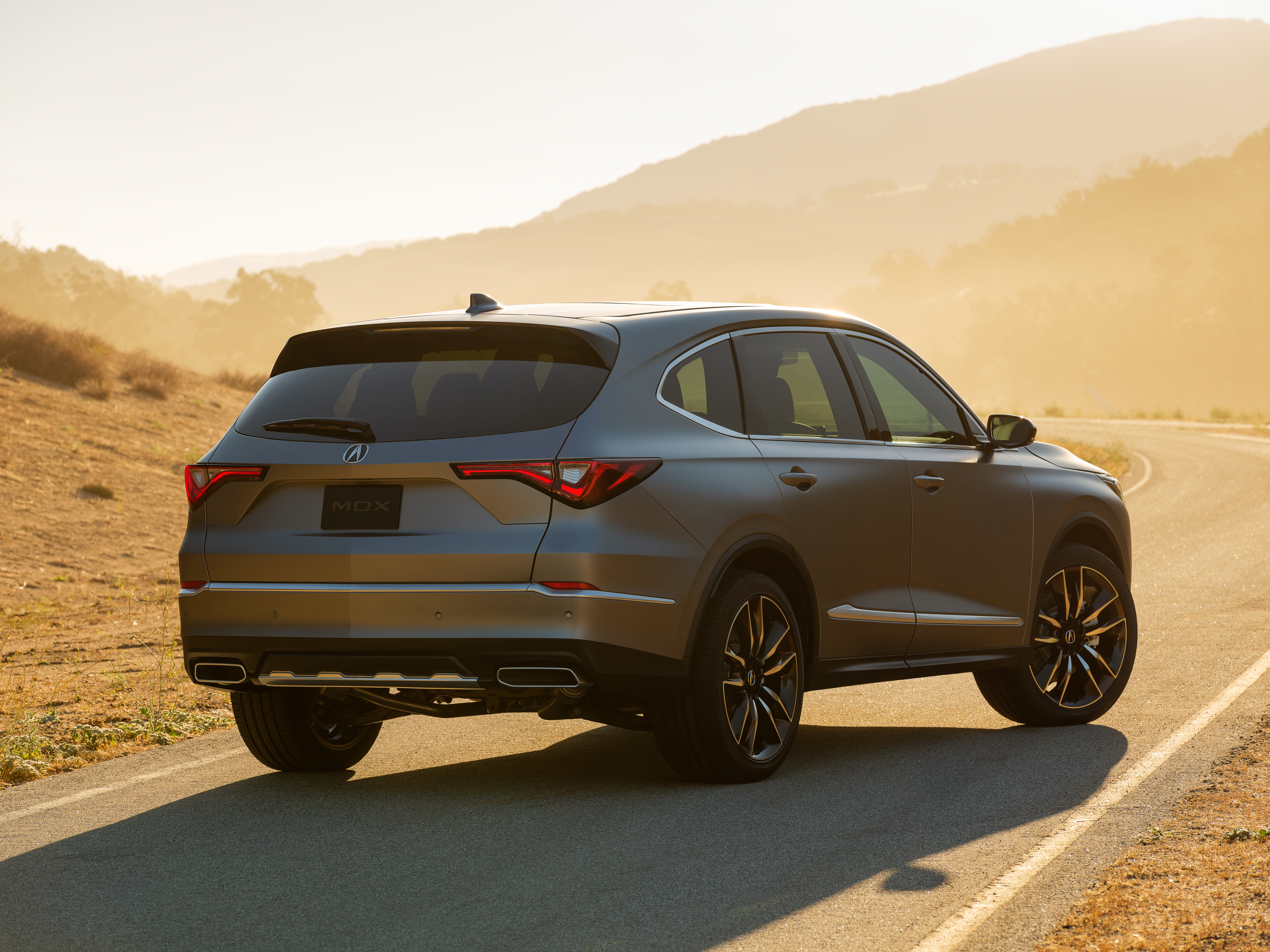