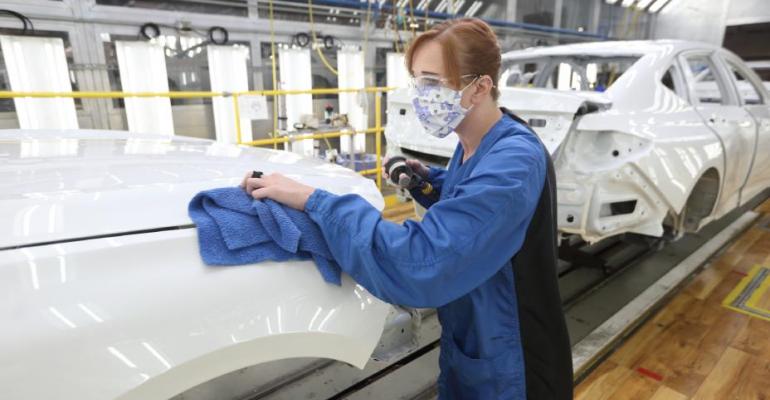 Two powertrains will be built at Honda of America’s Anna, OH, engine plant: a 2.0L DOHC VTEC Turbo powering the standard Acura TLX and an all-new 3.0L Turbo for the TLX Type S due next spring.

The fifth-generation TLX arrives Sept. 28 at dealerships with an MSRP starting at $37,500. Production at the plant began late last week.

“Designed, developed and manufactured by a team of Acura associates in Ohio and California, the 2021 TLX is built on an all-new, Acura-exclusive platform engineered for Type S levels of performance,” Acura says in a news release. Both the new TLX and the TLX Type S high-performance variant will be assembled exclusively at Marysville.

Both powertrains will be built at Honda of America’s Anna, OH, engine plant: a 2.0L DOHC VTEC Turbo 4-cyl. powering the standard TLX and an all-new 3.0L Turbo V-6 for the TLX Type S due next spring. Both engines are paired with a 10-speed automatic transmission developed in-house.

Acura has been retooling the 35-year-old Marysville plant continuously, says Ken Sheridan, associate chief engineer at the facility and large-project leader of the ’21 TLX program.

“In recent years, this has included an all-new inner frame welding system, an entirely new paint shop, new laser brazing weld technology and other new systems and processes that are used to build the new TLX,” Sheridan tells Wards in an email.

The $50 million investment in the TLX was committed to stamping dies, additional weld robots and an advanced new automated system for the simultaneous installation of the engine and suspension into the vehicle body, he says.

“For more context, this is the first Acura sedan created from the ground up around the brand’s Precision Crafted Performance DNA,” Sheridan says. 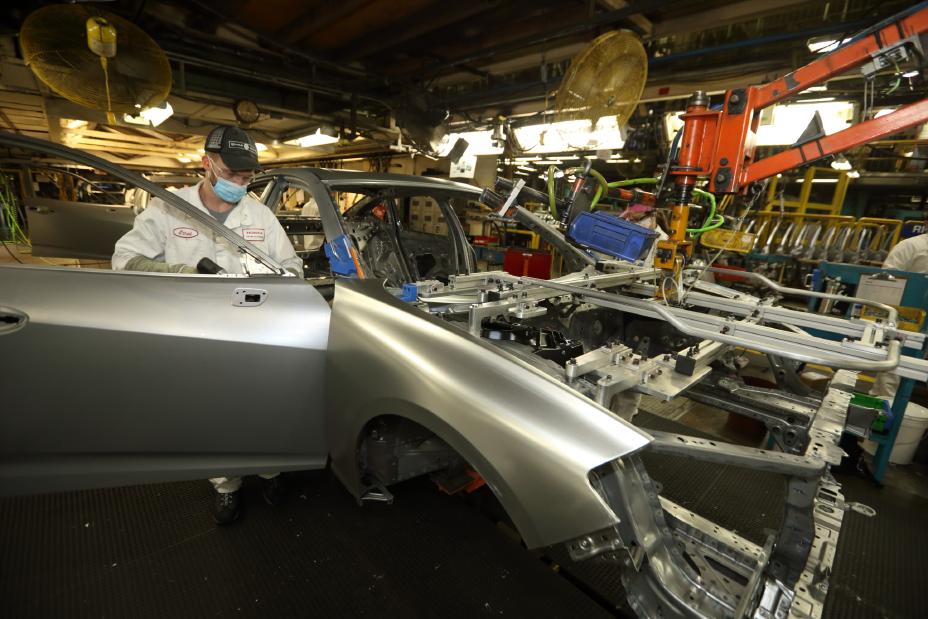 The TLX is the beneficiary of a $210 million investment in a new paint department in 2017 that provides Acura with four new premium “pearl” colors: white, black, blue and red) as part of the brand’s upmarket strategy.

The production team at Marysville implemented sophisticated manufacturing technologies to assure superior build quality (left) and premium refinement for the ’21 TLX, Sheridan says. Using a high-accuracy body weld process and high-performance adhesive, the team created the most rigid body ever for an Acura sedan, to help TLX deliver dynamic performance, he says.

The new TLX is the first Acura model to feature a laser brazed roof. This new process joins the roof to the body side panels, creating a seamless exterior appearance with no need for a garnish over the rain channels, Honda’s upmarket brand says.

The Marysville plant is operating at normal levels, running one shift on the TLX and Acura ILX line and two shifts on the Accord line, five days a week, Sheridan says. It and other Honda plants in the U.S. and Canada have been back in production since the week of May 11 after being shut down for several weeks amid the COVID-19 pandemic.

“However, in order to meet the pent-up demand from the production stoppage due to COVID-19, all Honda automobile, engine and transmission plants in the U.S. and Canada have run additional scheduled production in the last month,” he says.

“We are incredibly proud to deliver Precision Crafted Performance for our Acura clients with a TLX that sets a new bar for performance and premium quality in an Acura sedan,” Sheridan says. 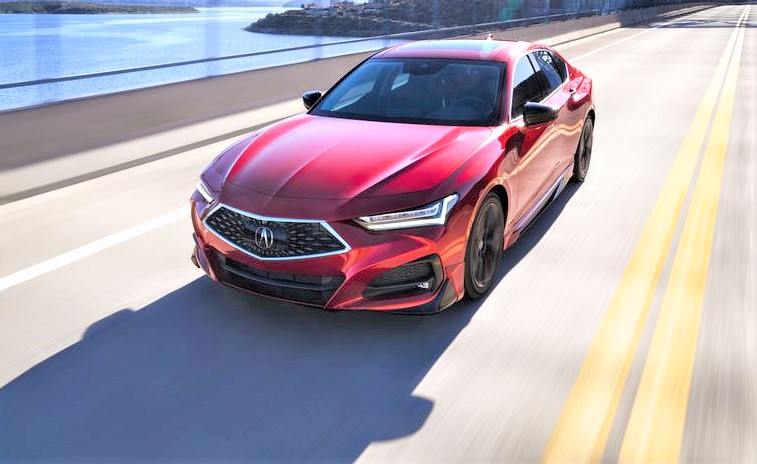