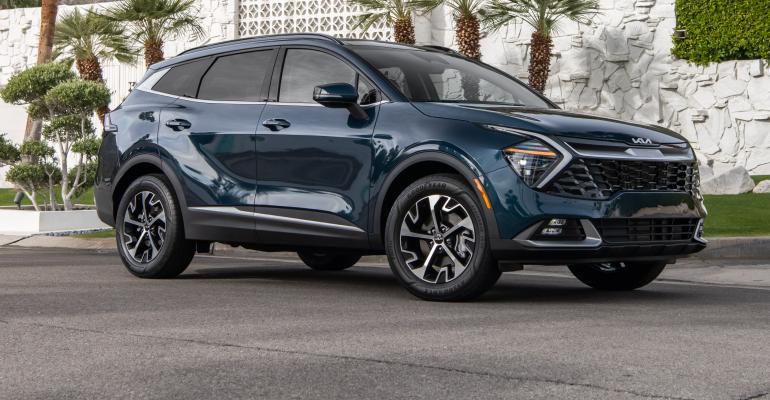 Larger and better equipped, with a hybrid powertrain option, but an underwhelming base engine could undercut sales ambitions.

PALM SPRINGS, Calif. – By gaining 3.4 ins. (86 mm) of wheelbase and 7.1 ins. (180 mm) of overall length, and adding options including a hybrid powertrain, Harman Kardon stereo and 25-in. (64-cm) curved instrument cluster and infotainment display, the ’23 Kia Sportage is a definite step up from its undersized predecessor.

Such improvements could place the Sportage in more direct competition with midsize-CUV stalwarts such as the Toyota RAV4, Honda CR-V and Nissan Rogue. But there are weaknesses that could hinder Kia’s attempts at gaining share.

Perhaps most glaring is the base powertrain. With past small Kias, consumers shopping the base model did not suffer significant compromises in performance. But lower-trim ’23 Sportages come with a raspy 2.5L inline 4-cyl. that delivers a very reluctant 187 hp, is plagued with unresponsive low-end torque and runs through an 8-speed automatic that is by turns hesitant, boggy and abrupt.

As such, the base engine struggles with off-line acceleration and passing maneuvers, even though the Sportage’s curb weight of 3,373 to 3,834 lbs. (1,530 to 1,739 kg) is not out of line for the segment. (These impressions were not Wards’ alone; several other journalists at the Kia press event expressed similar sentiments, and the platform-cousin Hyundai Tucson has received similar powertrain reviews.) 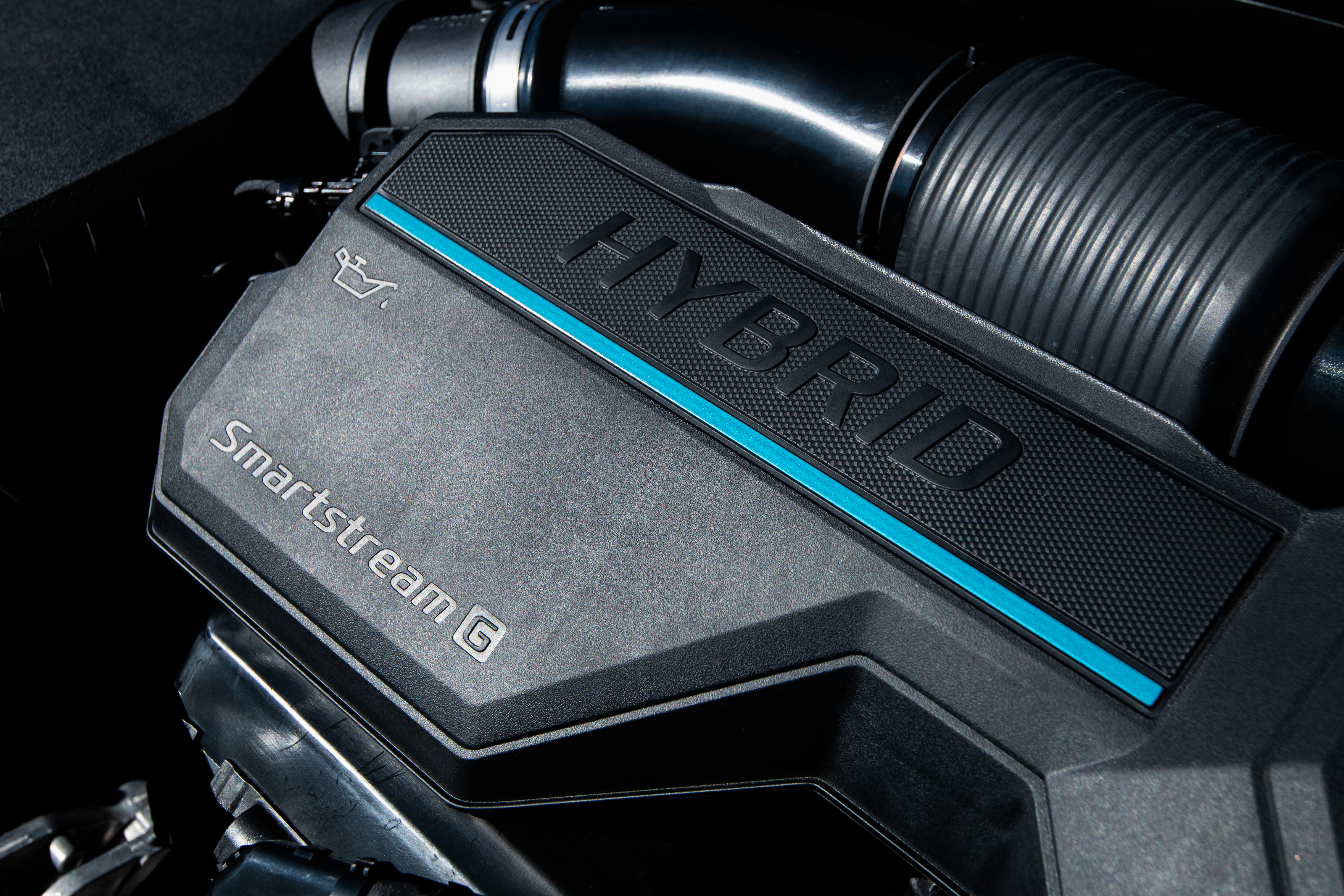 Fortunately, Kia has structured the Sportage’s pricing ladder so that consumers with about $30,000 to spend have a choice of a base hybrid or a decently equipped gas model (pricing at the top trims approaches $40,000). A plug-in hybrid with 32 miles (52 km) of battery-only range will be offered later this year.. Kia predicts 75% of sales will be the gas-only model, but consumer reaction to the base powertrain could affect that sales split.

While the Sportage X-Pro won’t best the Jeep Cherokee Trailhawk off-road, it is surprisingly capable for a compact-car-based platform, and could turn the heads of those shopping a RAV4 Adventure trim. Towing capacity is 2,500 lbs. (1,134 kg) for all gas models and 2,000 lbs. (907 kg) for the hybrid.

Kia suspension engineers clearly prioritized a comfortable ride over crisp handling. The Sportage absorbs bumps and ruts well for a long day’s drive, but on back roads it has notable lean and body roll when pressed through corners – especially with the raised ride-height of the X-Pro model. Kia also has loaded the Sportage with an alphabet soup of eight standard driver-assist safety systems.

Inside (pictured, below), the Sportage is challenging the pack leaders in aesthetics. The shapes of the vents, door inners and door-handle cutouts lend an intriguing design touch. The optional curved video display is high-tech elegance one would expect from a German luxury brand. 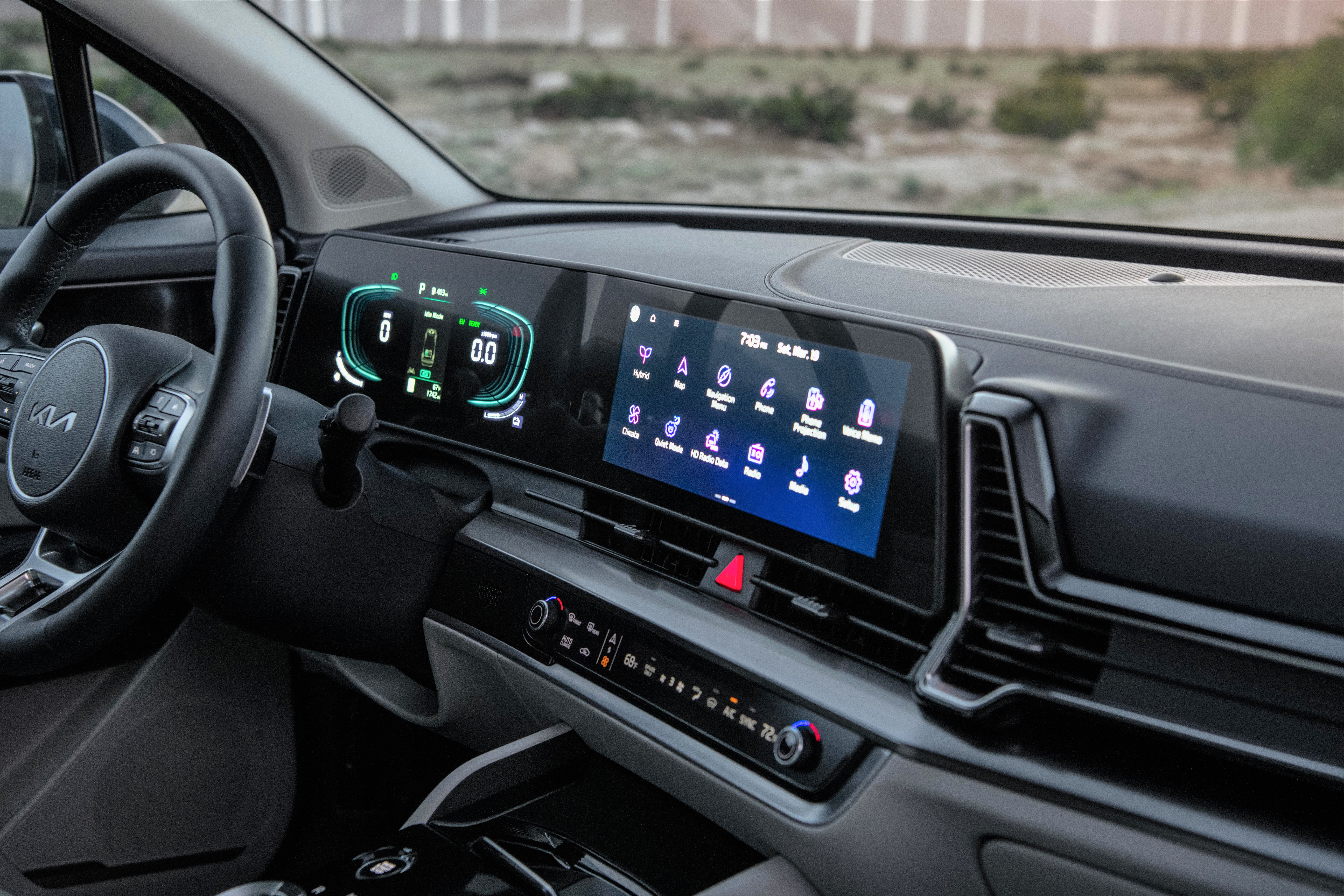 Unfortunately, Kia has followed the industry trend in placing piano-black plastic in the center console, along with faux-chrome vent surrounds – triggering blinding reflections in the midday California desert sun.

The animal-free seats in upmarket trims are far more comfortable and better bolstered than those in the outgoing model, especially in terms of lower-back, lumbar and thigh support. Second-row legroom and footwell room (pictured, below) have grown to claimed best-in class proportions, and second-row seat recline is tempting for passenger naps. Key measurement: A 6-ft. (1.8-m) -tall passenger can comfortably fit behind a similar-sized driver – without compromising the cavernous cargo area of 39.5 cu.-ft. (1,104 L). 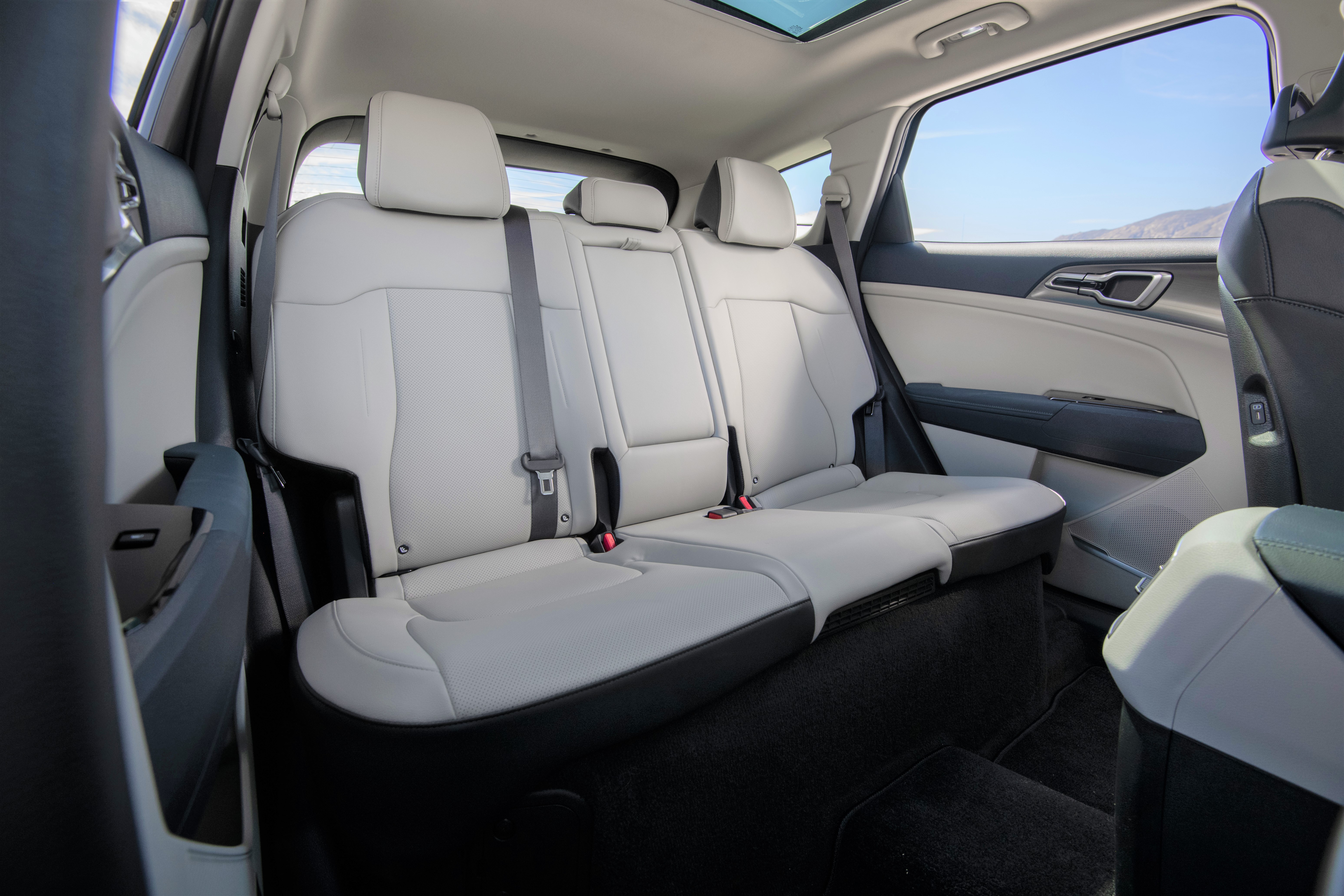 Executives decline to give volume projections for the Sportage – gasoline versions of which will be built in Kia’s hulking West Point, GA, plant that has a capacity of 340,000 units and also is home to the Telluride large CUV, Sorento midsize CUV and K5 midsize sedan.

Kia never has sold more than 100,000 units of the Sportage in a year, while leaders in its segment sell significantly more. With its larger size, intriguing design and improved equipment offerings, the Sportage could improve its standing in the class. 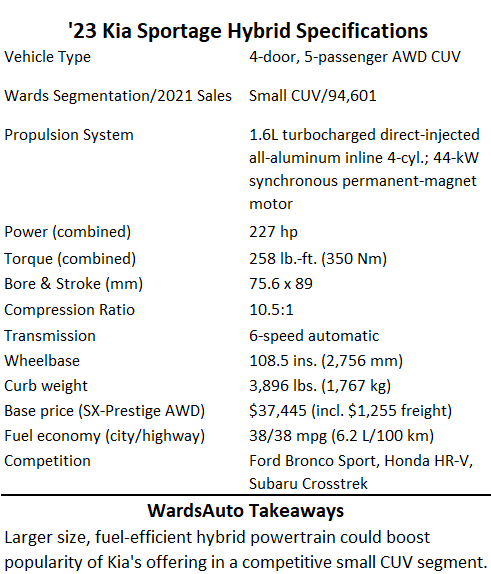