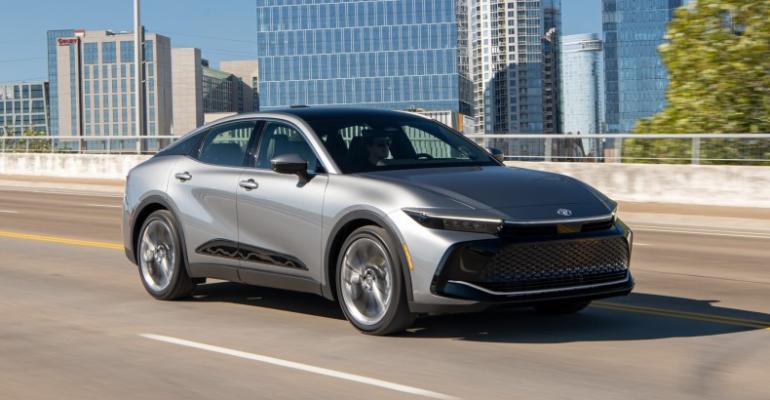 Trucks and CUVs might rule the U.S. market, but Toyota is betting there’s a niche for a comfortable, high-riding large sedan. Crown, a well-known brand in Japan, debuts in the U.S. in 2023.

NASHVILLE, TN – Despite its 68-year heritage, the ’ 23 Toyota Crown is a fresh-faced newcomer in the U.S. The Crown debuted in Japan in 1955 as Toyota’s first mass-produced passenger car. The 4-door’s new challenge will be to find a home in a U.S. market that continues to leave traditional sedans behind.

Toyota discontinued its last large sedan, the Avalon, after selling 18,421 units in 2020 and 19,460 in 2021. Those annual totals are less than the monthly average of best-selling Toyota models such as the Corolla, Camry and RAV4.

Despite those numbers and the SUV- and CUV-heavy headwinds, Toyota is introducing the Crown not as an Avalon replacement but rather as a comfortable, grand-touring “apex sedan,” says Akihiro Sarada, chief engineer. The Crown rides higher than most other sedans, at least considering seat height, which could help persuade CUV owners who perhaps don’t have kids anymore to downsize their ride as well. Toyota will explicitly target the Crown at these “early empty nesters” when the hybrid-only sedan arrives in dealerships early next year.

The Crown comes with a choice of two all-wheel-drive hybrid powertrains. The two-tone, top-of-the-line Platinum comes equipped with Toyota’s new Hybrid Max system, the first time Toyota has tuned its hybrid system for performance over efficiency in a passenger car. The strategy is similar to the Toyota Tundra i-Force Max hybrid that prioritizes towing and hauling prowess over fuel economy. That 3.5L V-6-based system earned a 2022 Wards 10 Best Engines & Propulsion Systems award. 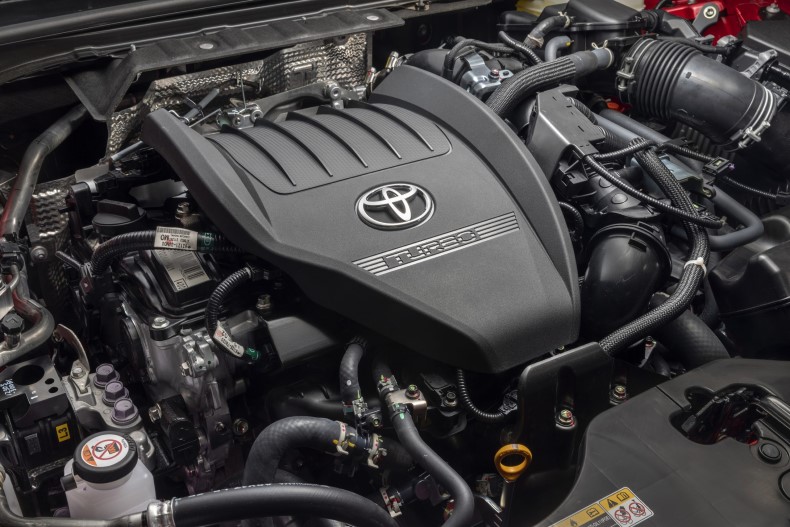 Both systems operate with a front-drive bias, but Toyota says 80% of power can be directed to the rear wheels as needed.

Toyota says the sprint to 60 mph (97 km/h) takes 5.7 seconds in the Max and 7.6 seconds with the standard hybrid when burning premium fuel. The Crown’s recommended fuel is 87 octane.

A day in the driver’s seat of both versions of the hybrid powertrains in the Crown reveals distinctly different personalities. The standard hybrid system, fitted with a continuously variable transmission, produces a high-pitched whine similar to what you hear in other Toyota hybrids when they’re asked to accelerate quickly. The Max, with its 6-speed automatic, comes out on top for direct feel, acceleration, comfort and quiet – especially quiet.

There’s no Crown Prime plug-in hybrid variant, partly because Toyota sees this as more of a longer-range road-trip vehicle, but officials don’t rule it out in the future. Achieving a grand touring feel is also why the Hybrid Max uses the 2.4L turbo with its mid-to-high power band as a way to balance out the lower-end torque from the electric motor.

The Max offers more drive modes than the lower trims, including Sport+, Comfort and Custom. Sport mode allows for slightly tighter corners and stiffer suspension, while Comfort goes in the opposite direction, doing an admirable job of minimizing the feel of rough roads. This is certainly the right mode for longer drives. Sport and Eco modes are available on all trims, with Eco adjusting the throttle response to increase efficiency.

In Sport mode, and even more so in Sport+ mode on the upper trim, you can feel the rear wheels giving an extra push. In corners, too, a little bit of rear torque keeps the Crown moving predictably. 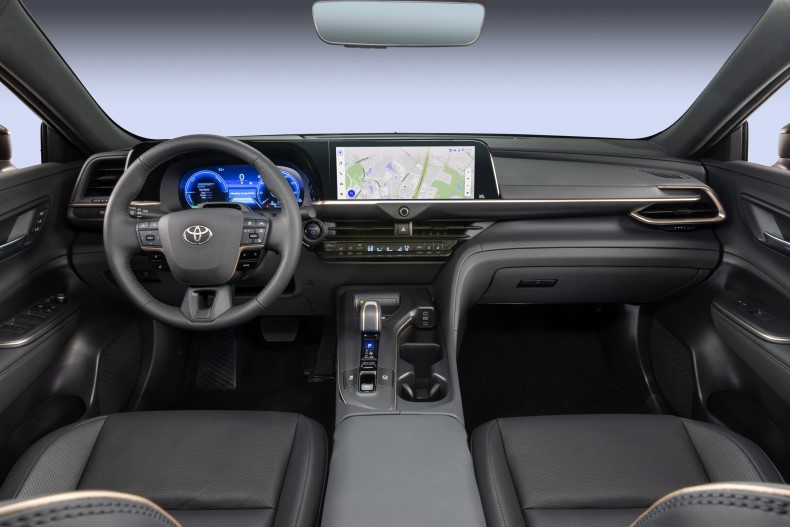 Interior trim is similar across all grades, with some leather and fabric choices. None of them are particularly interesting or engaging. There are some small changes with the Platinum such as the lack of an EV mode button and more speakers on the Max, but there’s nothing in either one that stands out. They all come with a 12.3-in. (31-cm) infotainment screen and wireless Apple CarPlay and Android Auto.

In an age when controversial interior design features are becoming common, from installing giant screens to reducing the number of physical buttons, perhaps the simple clarity of a clean dashboard is welcome. While there’s not a lot of headroom in the back, the front seats feel comfortable, with good lumbar support for the driver. Never underestimate the value of that feature for new empty nesters. 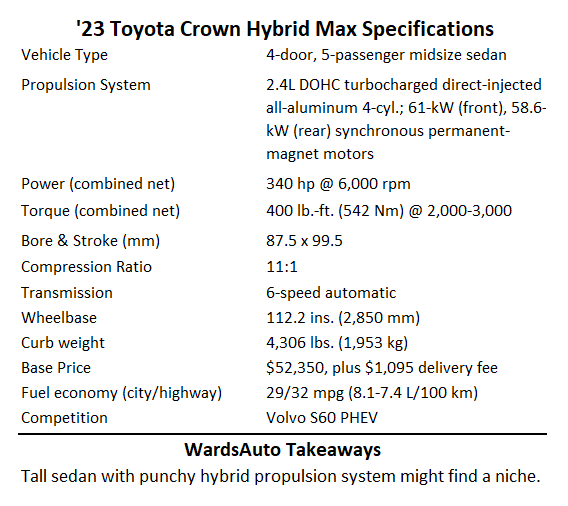