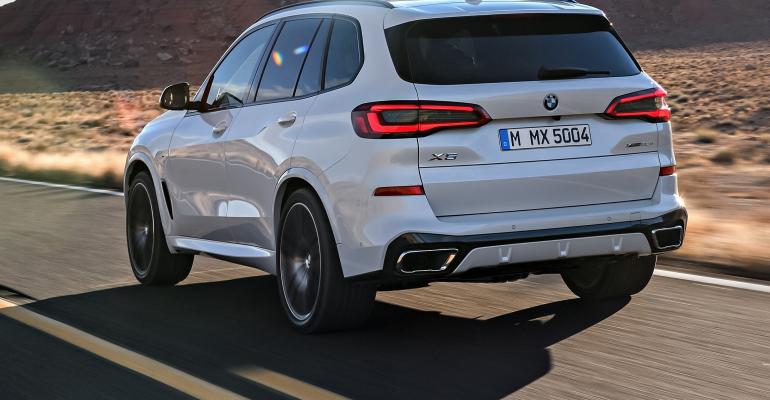 Since November 2017, BMW has blitzed the U.S. market with four all-new SAVs, starting with the X3, followed soon after by the smaller X2, then the coupe-like X4 and most recently the larger three-row X5. Munich isn’t fooling around.

SPARTANBURG, SC – It’s tough these days in the car business. Certain brands have struggled mightily to sell conventional cars in a world wanting utility vehicles: FCA US already has dropped a few, and both Ford and General Motors are about to do the same.

Along comes BMW, which made a name with lithe coupes and sport sedans, embracing all manner of crossover “sport activity vehicles” that driving purists once found revolting but bean counters consider delightfully lucrative.

Since November 2017, BMW has blitzed the U.S. market with four all-new SAVs, starting with the X3, followed soon after by the smaller X2, then the coupe-like X4 and most recently the larger three-row X5.

Next month, the X7, an even larger three-row ute (that BMW insists on calling an SAV) will roll out of the automaker’s plant here with a starting price of $73,900 and a mission to compete with the Mercedes GLS, Audi Q8 and the new extended Lexus RX L.

If you’ve lost count, that’s five new products in the meat of the market in 16 months. Munich isn’t fooling around.

How’s it all working out?

Wards Intelligence data finds yet another Bimmer, the X1, dominating our Small Luxury CUV segment with 29,060 deliveries in 2018. Combined with X2 volume, BMW clobbered the segment’s No.2 entry, the Mercedes GLA.

Of course, both automakers trailed segment leader Lexus, which sold 173,720 vehicles, mostly of the RX variety.

With BMW firmly planted in the lux-ute world, let’s look at the brand’s most recent offerings, starting with the X5, which shockingly outsold the 3-Series sedan with 45,013 units. That number is sure to grow, as the X5 was fresh in the chute as 2018 wrapped up.

Significantly larger than the vehicle it replaces, the all-new fourth-generation ’19 X5 comes with standard rear-biased XDrive intelligent all-wheel drive and a locking rear differential that makes this vehicle more stable and agile when accelerating out of corners.

It’s also the first BMW with an optional off-road package incorporating a two-axle air suspension, underbody shield, a choice of four driving modes for various terrain and specific displays in the instrument cluster. X5 owners rarely stray from the pavement, but they like knowing they can.

Another first for a BMW: electronically actuated brake by wire that works well, reduces weight and feels progressive and familiar in all driving situations. Active steering at the rear also makes the new X5 more maneuverable. The pleasingly styled interior is loaded with new content, such as a fully digital 12.3-in. (31-cm) instrument cluster, a larger head-up display and the seventh-generation iDrive infotainment system connected to a 10.2-in. (26-cm) touchscreen. The screens are brilliantly lit, reconfigurable, animated and organized for easy access.

Vernasca leather is standard, or you can opt for fine-grain, richly colored Merino leather, both available in four colors. Second-row seats tilt forward electrically, making it easier to access the third row.

A plug-in hybrid also is on the way. Although diesel engines have been offered previously in the X5 (and are available in the new model overseas), the U.S. isn’t likely to get one.

For BMW shoppers interested in a smaller ute, the compact X2 comes from BMW's plant in Regensburg, Germany, with a starting price of $38,400 and adequate 228-hp 4-cyl. power, while the larger second-generation ’19 X4 arrived last summer with a sloping liftgate and wider haunches for customers needing occasional utility but deep down really want a 4-Series coupe.

The X4 starts at $50,450, or add another ten grand for the proven 355-hp turbocharged inline 6-cyl. that makes the X4 M40i M Performance so compatible with BMW’s handling track built across the street from the Spartanburg plant assembling this brute ute. 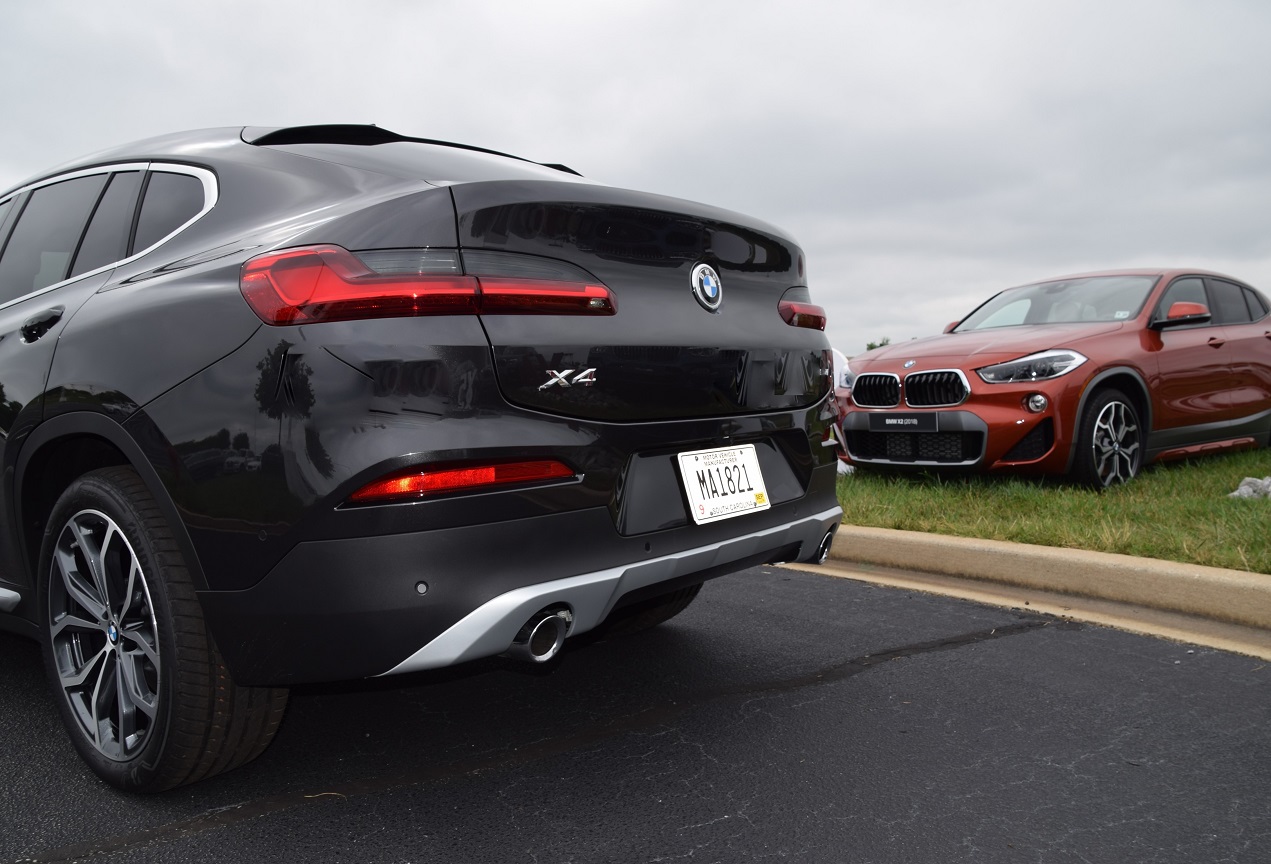 More than two-thirds of these vehicles are exported to other markets – a point that was hammered home in a BMW meeting at the White House in December as international trade politics have grown messy.

Above the clatter, BMW will remain focused on the launch of the plant’s fifth model: the all-important X7. 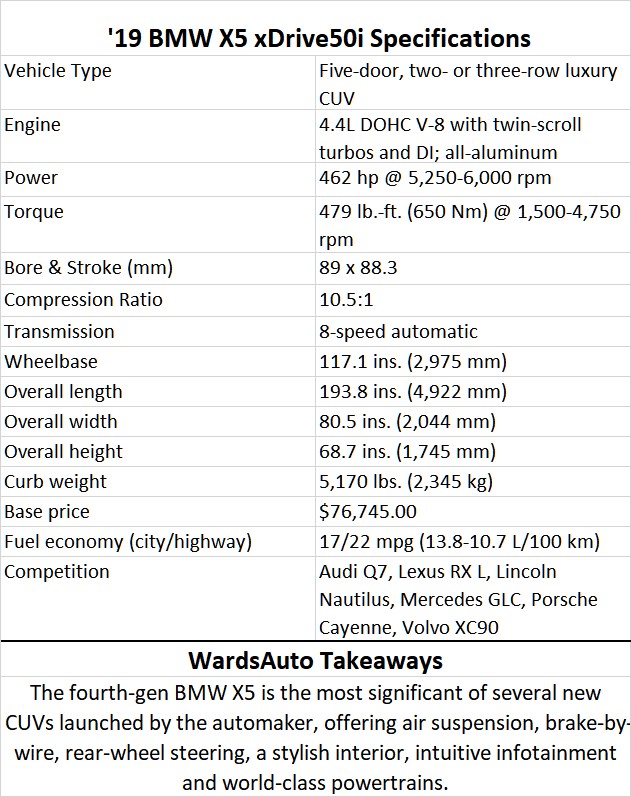