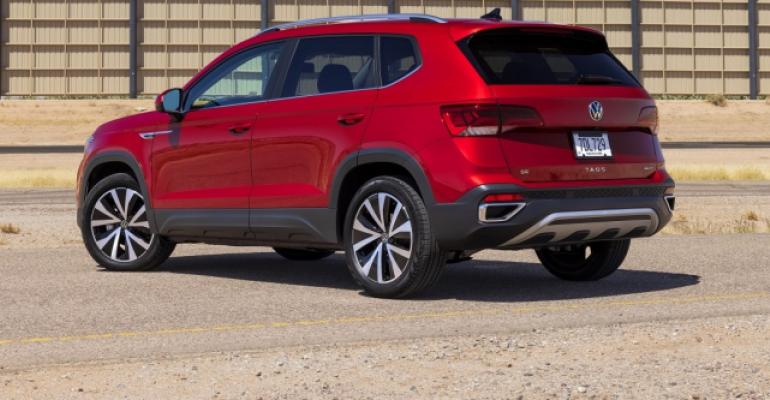 CHELSEA, MI – Volkswagen’s latest entry in its quickly growing CUV lineup is the all-new ’22 Taos, which combines roominess, connectivity and pep in a compact package.

“It’s little but no doubt fierce,” Scott Keogh, president and CEO of Volkswagen of America, says of the model now on sale.

The influence of VW’s other CUVs is seen in the Taos’s exterior. The front end’s sculpted hood and wide three-bar grille evoke the Atlas Cross Sport, while the molded front bumper with side air intakes, black detailing and a large lower air intake gives it an assertive yet accommodating look.

The squared-off wheel arches also give a nod to the Atlas, while the distinctive side profile of the Taos, with its strong character line, suggest the Tiguan.

At the rear, LED taillights draw the eye to the centered Taos lettering, a motif used by VW and several other automakers. Underneath is a black molded bumper with silver detailing.

Eight colors are available, and a panoramic sunroof is optional on SE and SEL models, while 10-color ambient lighting is standard on the SEL. 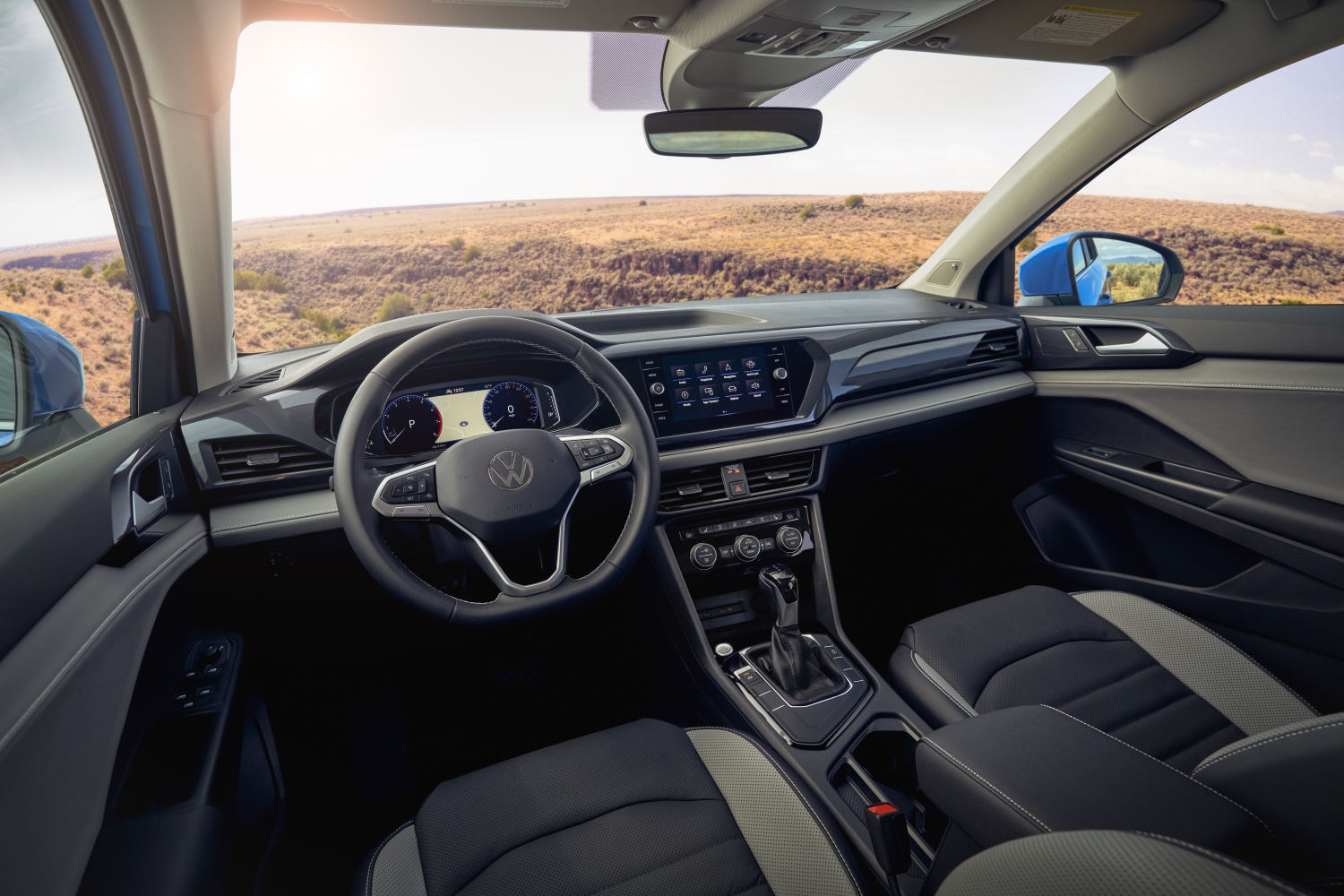 The engine is based on the 1.4L turbo in the Jetta, but the automaker says the new 1.5L builds torque 35% faster. The front-wheel-drive Taos has an 8-speed automatic and the all-wheel-drive version uses a 7-speed dual-clutch transmission.

The 1.5L shows it’s more than up to the task of powering the Taos along the rolling terrain and winding roads surrounding Chelsea, an hour west of Detroit.

We notice different steering feel and throttle response with the other settings, Normal and Individual.

The automatic transmission in our Taos SEL slips smoothly through its eight gears. Braking is prompt but not sudden, and engine noise is noticeable only if you’re listening for it.

We’re not doing that, though, because we’re enjoying music after quickly pairing our smartphone with VW’s third-generation MIB infotainment system.

Android and Apple CarPlay connectivity is standard in all trim levels, as well as Wi-Fi and Sirius XL satellite radio.

SEL models are equipped with the BeatsAudio system which includes a 12-channel, 400-watt amplifier, digital signal processing and eight speakers. Wireless phone charging comes with the SEL and SE.

Elsewhere inside, Taos designers have created two separate levels on the dashboard. The top level varies by trim and surrounds functional elements including the air vents and Digital Cockpit.

The lower level’s soft-touch surface runs the width of the interior and continues through the door panels on each side. White contrast stitching looks sharp against the black dashboard.

Two-tone seats (pictured below) are standard on the entry S level and are available across the lineup. Seating materials range from cloth to a combination cloth and leatherette, as well as leather. 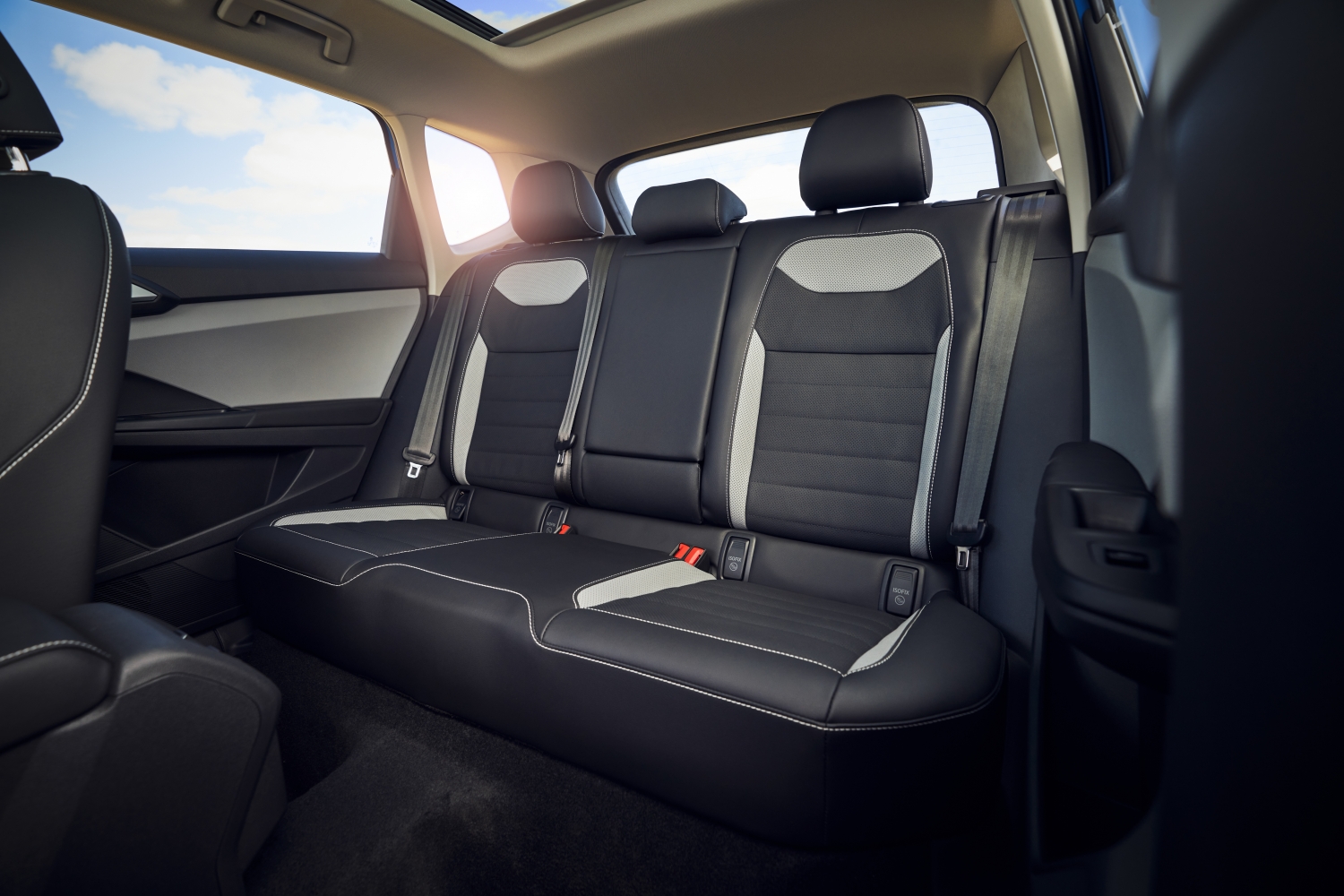 Designers wanted to create a visual connection across all interior elements, so they used the same materials for seat covers and other soft décor parts.

We appreciated lane assist while negotiating the two-lane roads outside Chelsea.

Volkswagen of America marketing chief Hein Schafer says the Taos (named for the New Mexico town known for its arts community and pronounced “house”) is targeted at first-time compact CUV buyers and the Hispanic market, and VW anticipates a 50-50 mix of male and female buyers. He says he expects a “slight cannibalization” of Tiguan sales.

VW had 8,000 Taos CUVs ready for the market in June, but production hasn’t been immune from the computer-chip shortage, says José Bravo, compact CUV program manager.

From June through August, VW sold 16,069 units, putting Taos well behind the monthly sales pace of segment leaders, such as the Honda HR-V, Ford Bronco Sport and Kia Sportage, according to Wards Intelligence data. 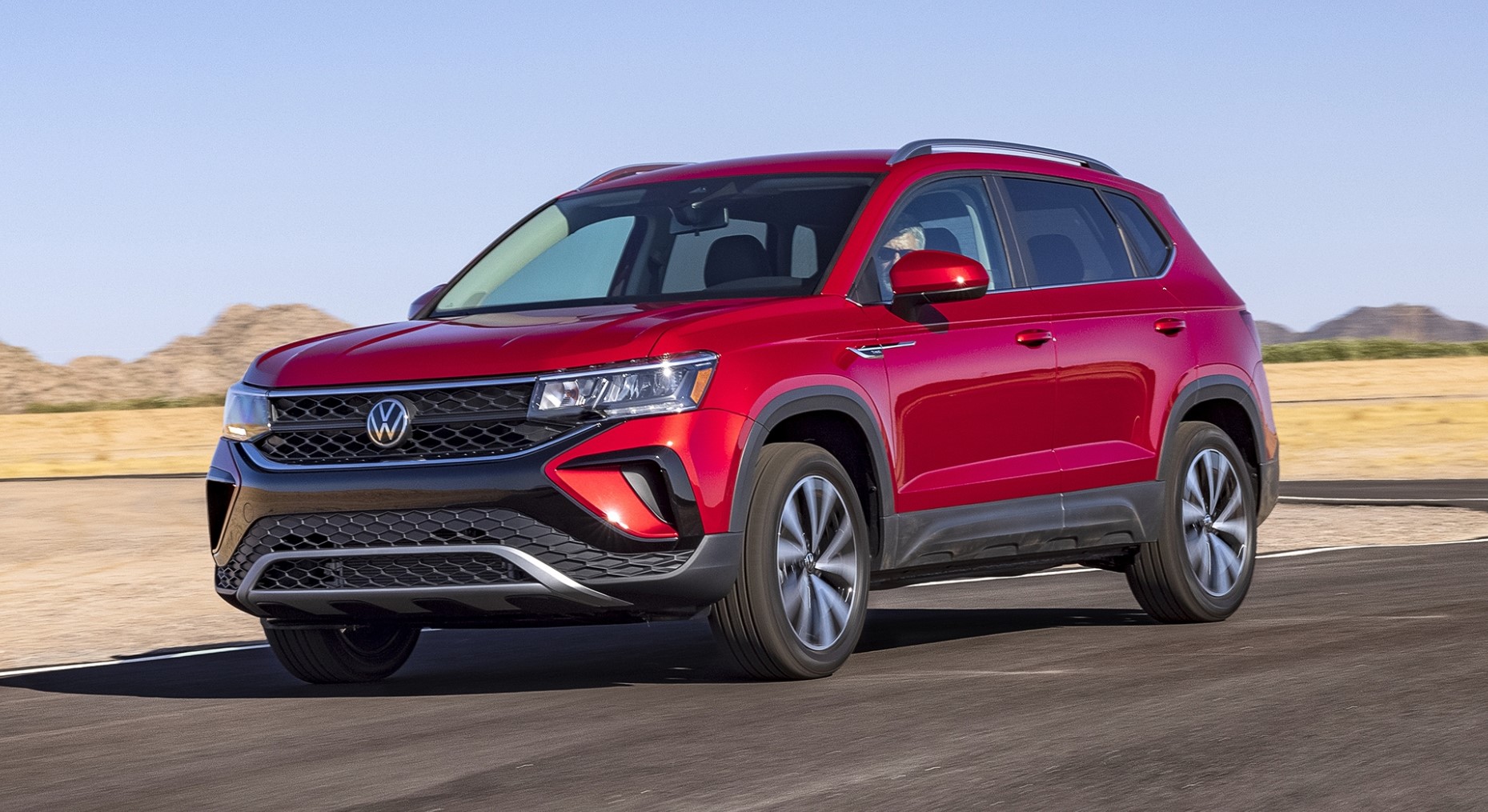 The Taos (SE trim pictured above) is assembled at Puebla, Mexico, and its engine is built in nearby Silao. The version to be sold in Canada and Mexico is assembled in China. 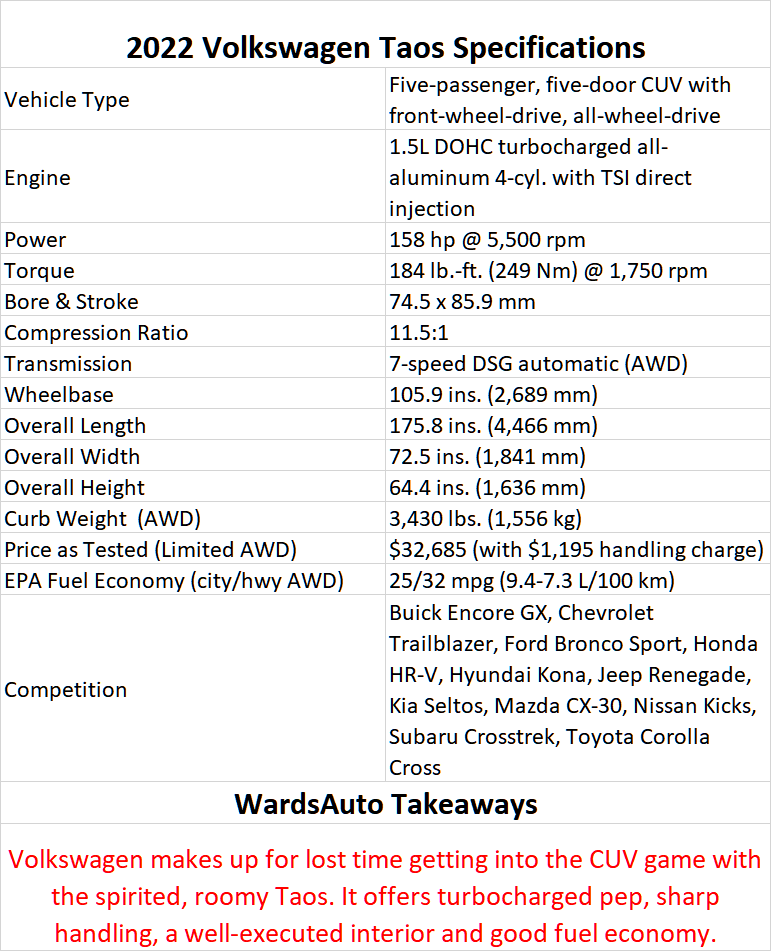