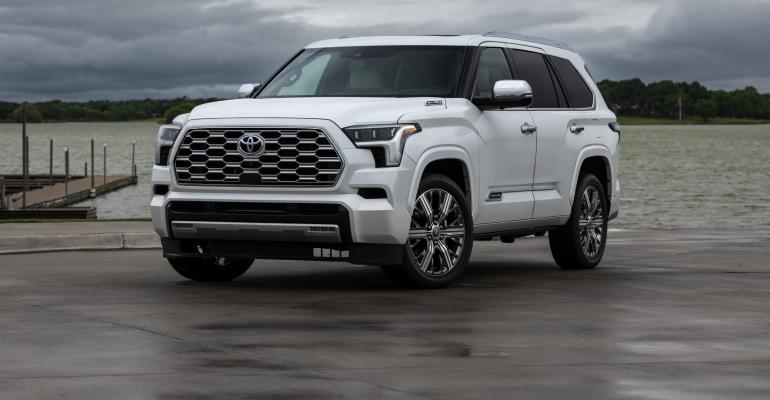 Our test drive reveals a vastly improved Toyota Sequoia for the ’23 model year that the automaker hopes will triple its sales against market leaders from General Motors and Ford.

PLANO, TX – Whether cruising on the highway, towing a trailer or traversing tough trails, we’re not surprised by the capability of the new ’23 Toyota Sequoia SUV.

Built on the same F1 platform as the Japanese automaker’s Tundra and Land Cruiser, the fully boxed, high-strength steel chassis provides a solid base for the third-generation Sequoia, which saw its last full redesign in 2008.

While the platform is shared, chief engineer Mike Sweers says “every nut and bolt is different” on the Sequoia compared with the previous model, all with an eye toward making the vehicle more robust and capable of providing up to half a million miles of use.

The latest version goes on sale late summer starting at $59,795 for a 2-wheel-drive SR5 and topping out at $79,795 for a 4x4 Capstone model. Prices include $1,495 for destination and handling. Limited, Platinum and TRD Pro grades complete the portfolio. 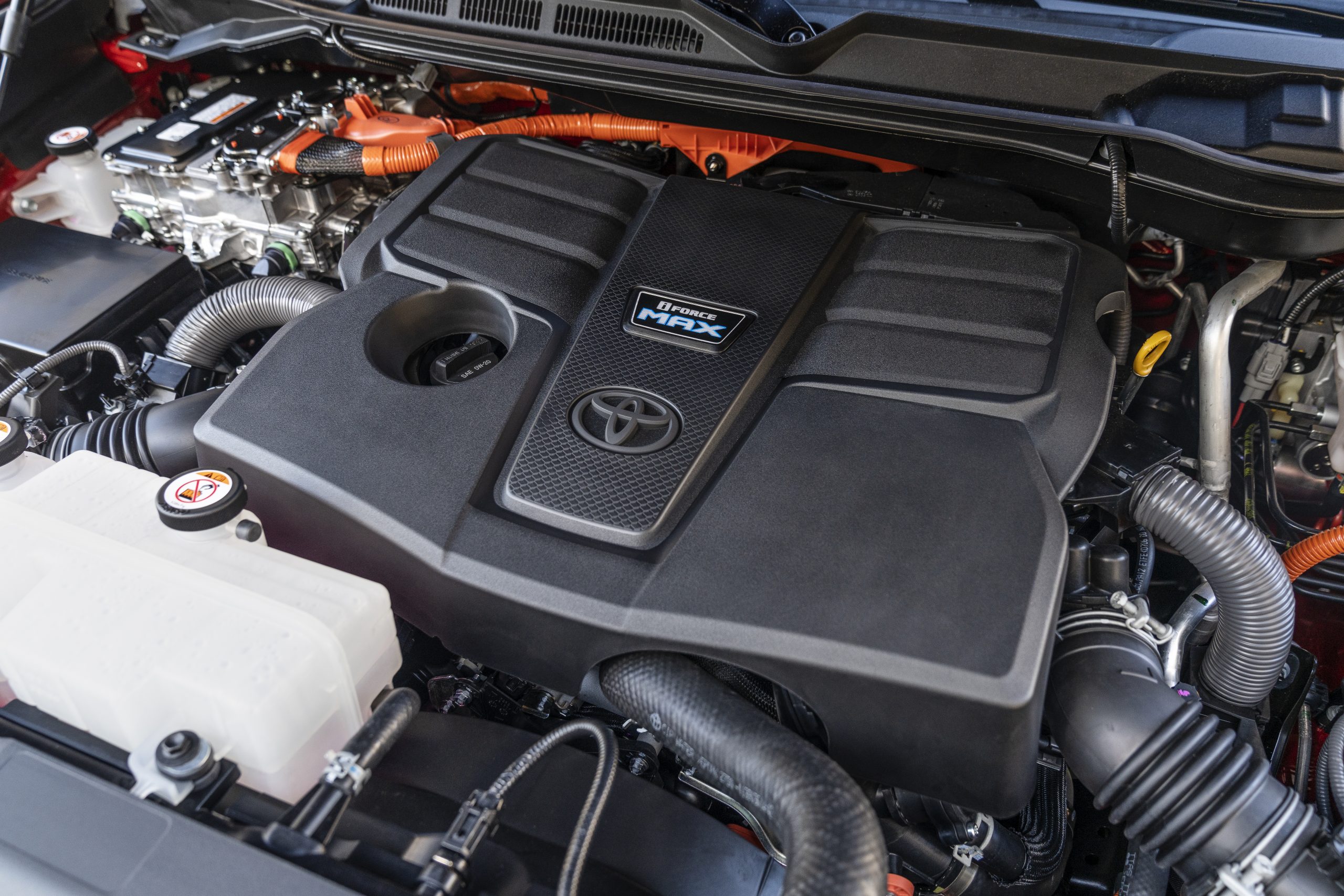 The Sequoia picks up where we left off with the Tundra pickup, which we recognized with a 2022 Wards 10 Best Interiors and UX award for its striking Capstone interior appointments and much-improved UX functionality, including a 14-in. (36-cm) touchscreen (8-in. [20-cm] is standard on grades below Limited).

The 3-row SUV adds what Toyota says is a segment-first Sliding Third Row allowing an extra 6 ins. (15 mm) of adjustability, along with a power-folding option depending on trim level.

A removable and adjustable cargo shelf system adds packing flexibility and is capable of holding up to 220 lbs. (100 kg) depending on shelf location.

We put a prototype Sequoia through its paces in the hill country near the company’s headquarters in Plano, TX. The truck launches with some engine growl but runs quietly and smoothly on the highways, with little road or engine noise invading the cabin. The engine provides ample response across the range, but with a touch of transmission lag on step down.

All five Sequoia grades come standard with Toyota Safety Sense 2.5 driver-assist technology, including full-range, radar-based adaptive cruise control and lane keeping assistance. The ACC is exceptional in providing stop-and-go operation, and the lane-keeping is capable on multi-lane highways but struggles on two-lane roads, in part due to inadequate lane markings. 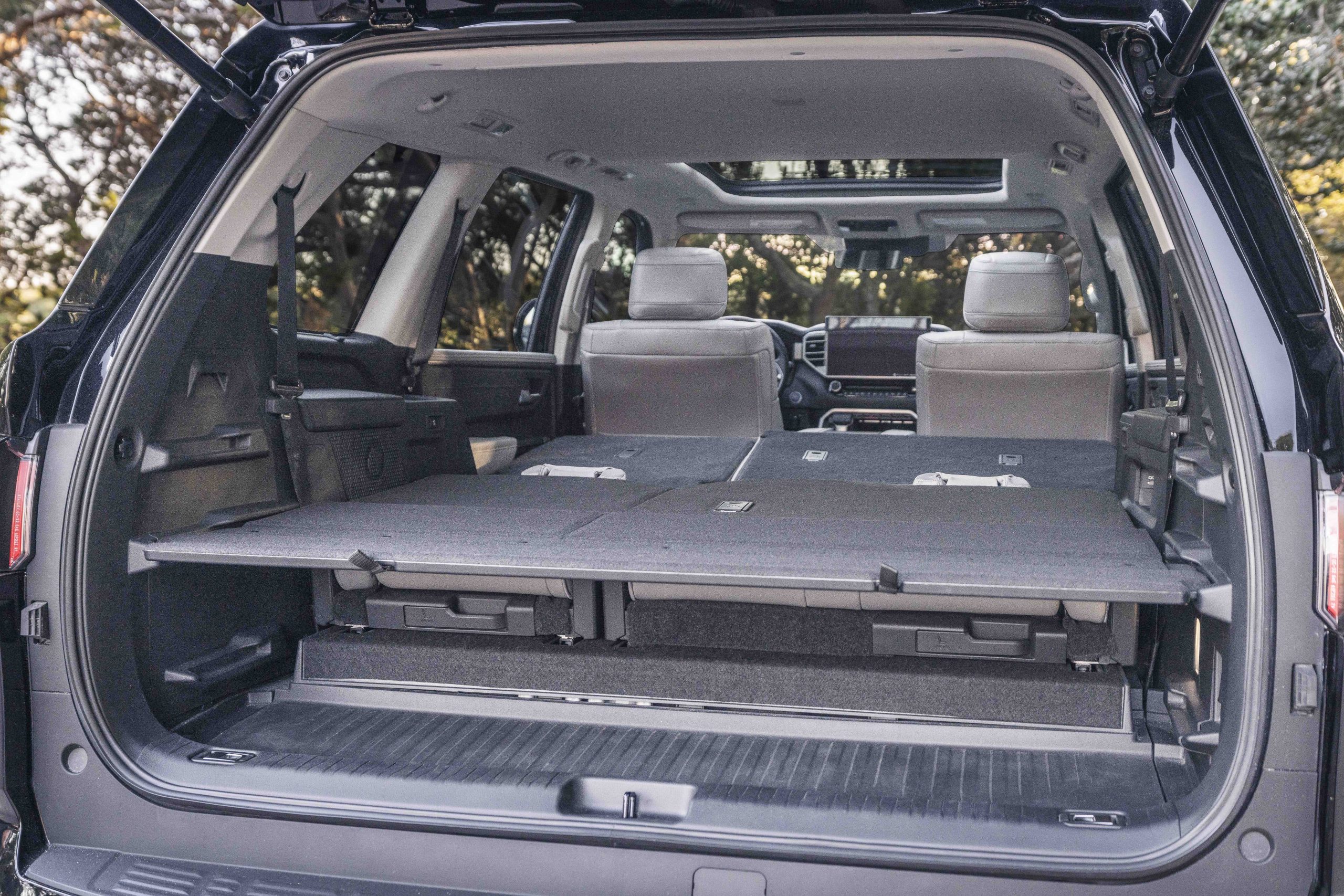 Off-road, the Sequoia proves as capable as its Tundra sibling when tackling tough terrain and handles like a champ on a quick dirt-and-gravel autocross course.

We expect better numbers when we get a chance to put more miles on the engine, but in our lead-footed, 60-mile (97-km) drive from Toyota’s North American headquarters to a test track staging area, we observed just 15.9 mpg (14.8 L/100 km) in the 4WD Capstone.

Toyota is looking for a breakthrough with the new-generation Sequoia, hoping to more than triple sales to 30,000 units annually. The automaker sold only 8,070 units of the large SUV in calendar 2021, according to Wards Intelligence data, compared with 106,030 units of the segment-leading Chevrolet Tahoe and 81,988 of the second-place Ford Expedition.

The ’23 Sequoia is assembled at Toyota Motor Mfg. Texas in San Antonio. 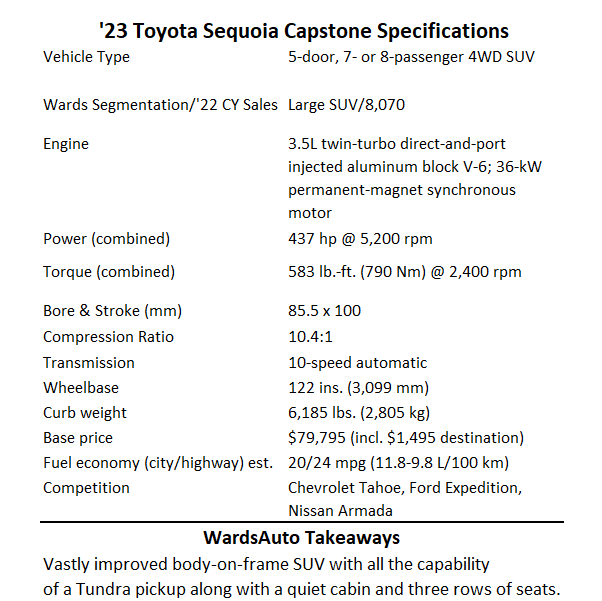