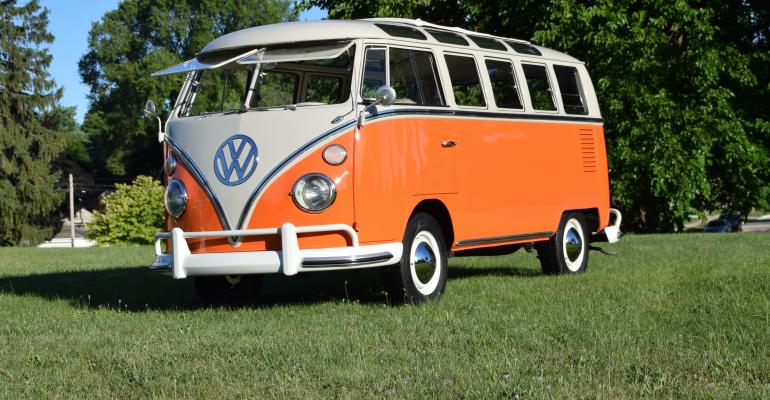 Peace, Love and No COVID in ’67 VW Microbus

I bring home a lot of fancy test vehicles, but this is the first to arrive in an enclosed flatbed and my non-enthusiast wife said, “I was looking for the checkbook before that van rolled off the truck.”

The coronavirus pandemic may have delayed or canceled a number of new-vehicle launches this year, but there is a silver lining behind the COVID-19 cloud: Volkswagen is offering seat time in a number of its classics that are part of the automaker’s heritage collection in Herndon, VA.

First to arrive at my house in suburban Detroit was this pristine, 21-window 1967 VW Microbus once favored by hippies, surfers, campers and road trippers.

Volkswagen's iconic Microbus will rise again in a few years as a modern, battery-electric people hauler. 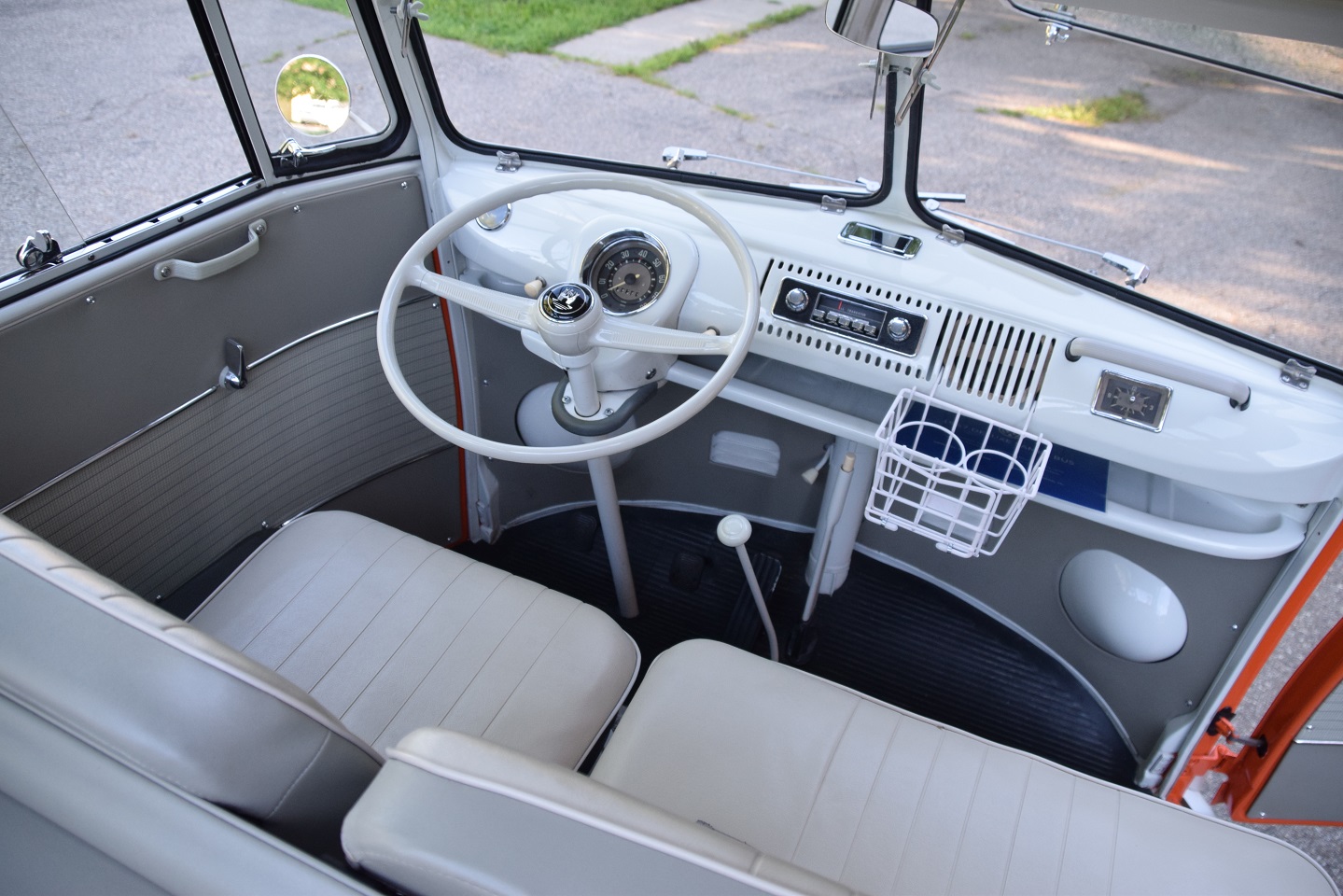 But for now, let’s revel in the glory of the three-row Type 2 “Samba” Microbus, painted like a Creamsicle, a solarium on wheels, a wonderfully proportioned vehicle that – quite shockingly to me – glides nicely over broken pavement.

Its light weight surely contributes to this deft road handling. It tips the scales at a mere 2,535 lbs. (1,150 kg) – about half the weight of any three-row ute on the road today.

Of course, a person from 53 years in the future will complain about stuff, like the windshield wipers that latch to a bracket and must be manually lifted out to sweep rain from the driver’s view.

Then again, the windshield is split into two panels, and each one has clips at the base allowing the glass to flip up and outward, providing access to those pesky wipers from inside. Driving with those windows open on a summer day is awesome – free air conditioning! – until one realizes there’s nothing stopping a rock that kicks up from the car ahead. 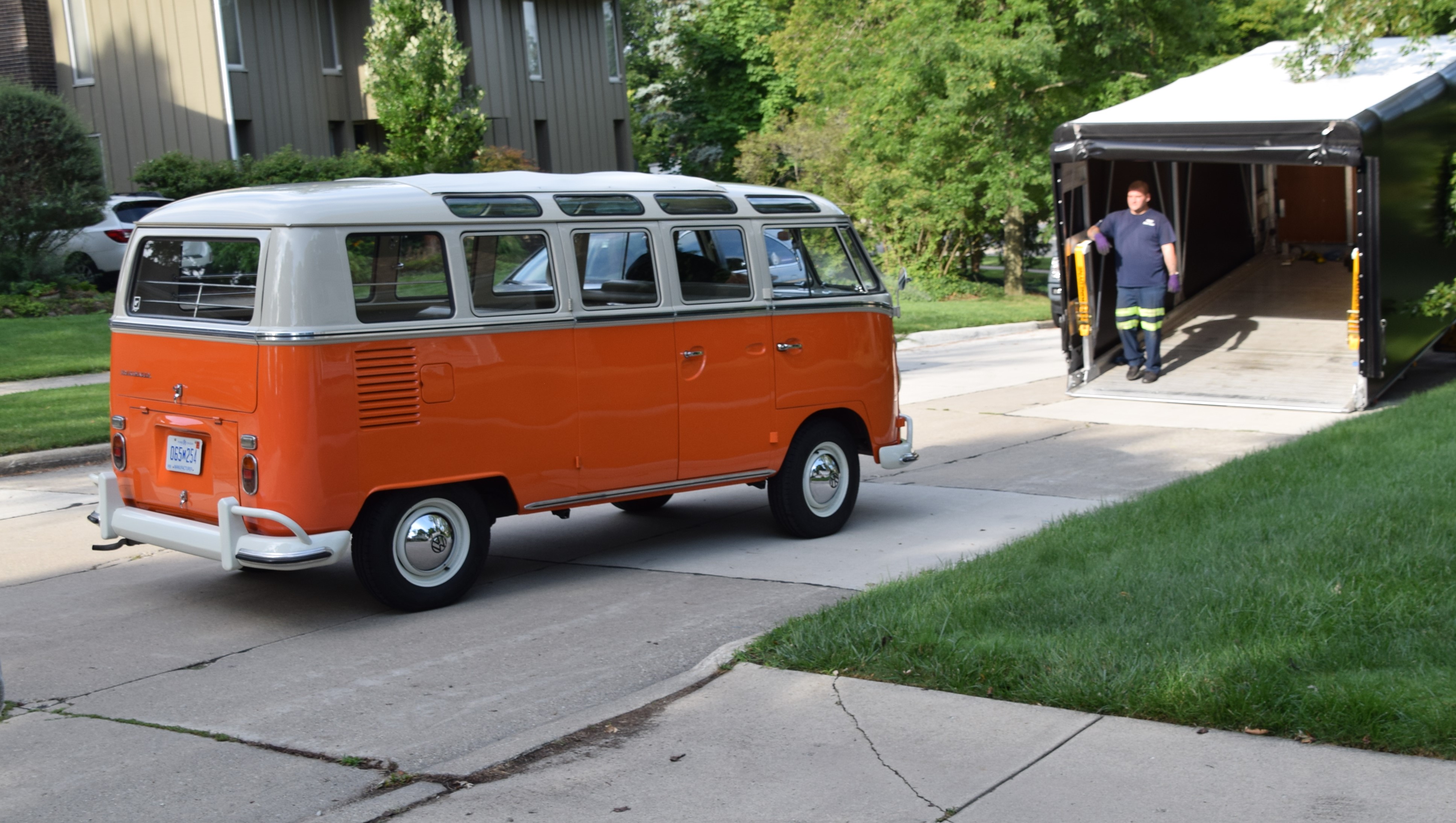 But that’s OK because there’s a feeling that nothing bad happens when you’re in a Microbus. That’s why there are no head restraints or airbags, the bumpers seem purely ornamental and there is no crumple zone to protect front-row occupants.

The Microbus had been in production for 17 years when seatbelt anchors finally came onboard for all occupants in this model year, 1967. Thank you Ralph Nader.

Brakes are hydraulic but unassisted and certainly require more lower-leg strength than today’s cars, while steering is fully manual and provides an upper-body workout. The loosey-goosey steering can best be described as off-center – the driver could be completely sober and doing his best to stay in lane but might instead appear to other motorists to be tripping on Purple Haze.

The shifter for the 4-speed manual transmission with synchromesh extends from floor to knee. Don’t even try shifting into reverse.

While in gear, the shifter jiggles with so much slop the driver will assume it’s in neutral, only to find the Microbus stalling. But no problem – it starts right up again, and the clutch feel is more than acceptable.

This all might sound like complaints about archaic technology. But in truth, the Microbus is a celebration of simpler times and it’s these “demerits” that give this vehicle its oozing and iconic charm.

I bring home a lot of fancy test vehicles, but this is the first to arrive in an enclosed flatbed and my non-enthusiast wife said, “I was looking for the checkbook before that van rolled off the truck.” (pictured above) 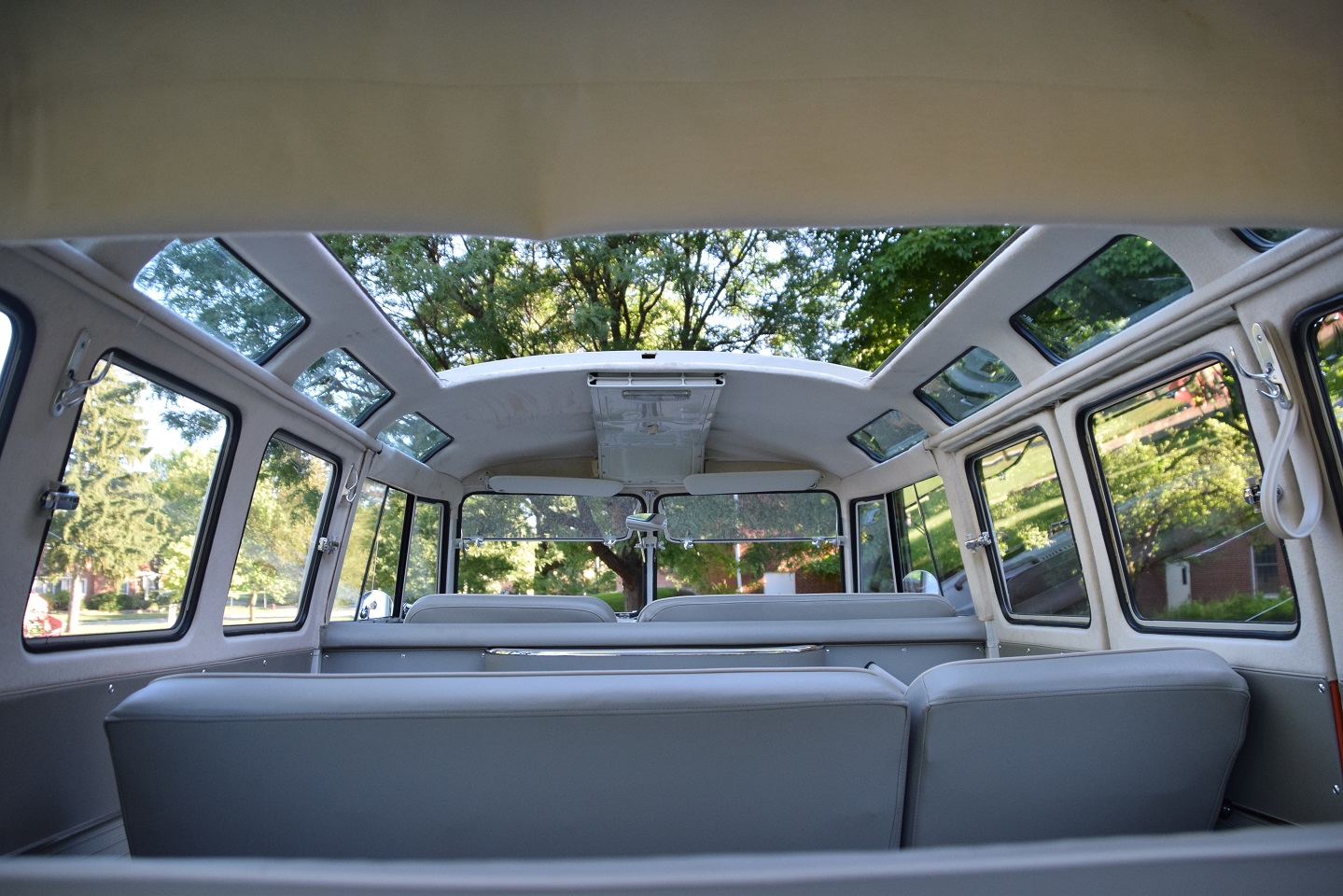 Well before panoramic roofs, the convertible top in the Microbus folds and stows for a full open-air experience (pictured above). More charm: Releasing and sliding that cloth top requires patience, perseverance and a lot more upper body strength. But the payoff is totally worth it. And all that glass makes for excellent sight lines from any seat in the vehicle.

What’s not to love about the Microbus? It distills the motoring experience to its base elements.

The “instrument panel” has an AM radio, clock, ashtray, speedometer, gas gauge, a knob for windshield wipers and a knob for headlights. That’s it. The steering wheel doesn’t tilt or telescope, and the driver’s seat barely slides fore and aft. You drive the Microbus on its terms.

The Type 2 "Samba" Microbus sold for $2,900 back in the day, when marketed as the Deluxe Station Bus.

But to cultural progressives of a certain age, this party van is priceless. 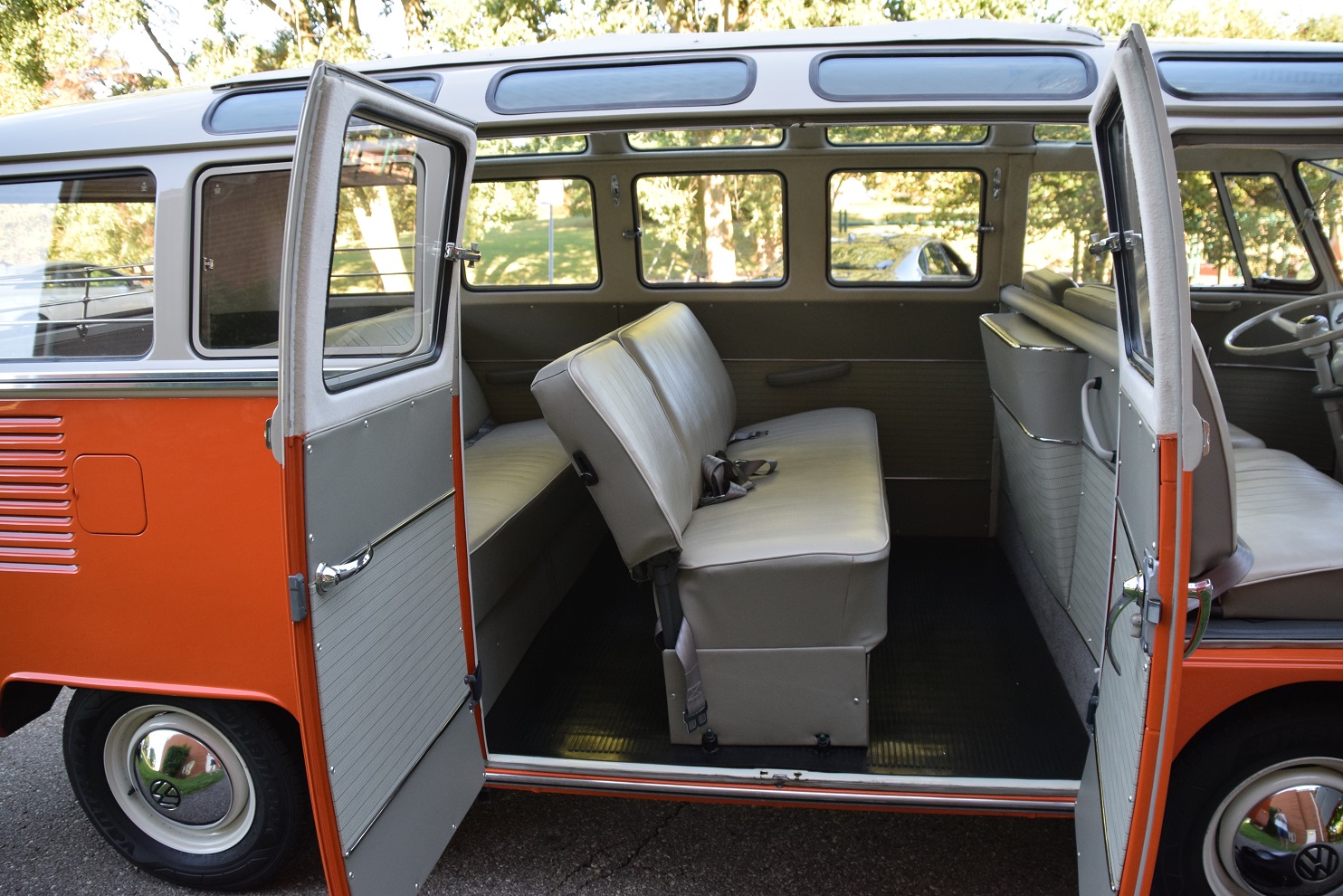