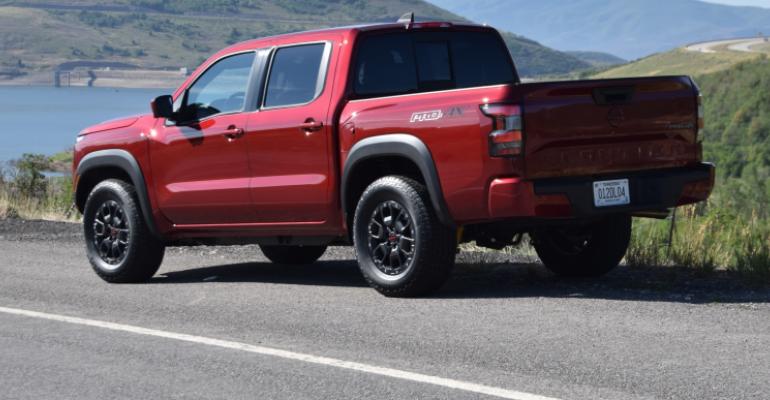 The re-engineered Frontier is a competitive offering in a truck segment bristling with activity. Based on brisk sales since its arrival in September, Nissan executives might be correct in predicting annual first full-year sales of 70,000 units.

SUNDANCE, UT – What a time to be in the market for a pickup truck: new entries from seemingly every brand and a new subcompact segment being created by the Hyundai Santa Cruz and Ford Maverick, not to mention the battery-electric versions to arrive in coming months and years.

Until now, the Frontier (pictured below, left) has been a mainstay in Wards’ Small Pickup truck segment, but that sector now includes the smaller Santa Cruz and Maverick. It seems logical we’ll see more of these subcompact entries, which sets the stage for a new Midsize Pickup segment at Wards (stay tuned). 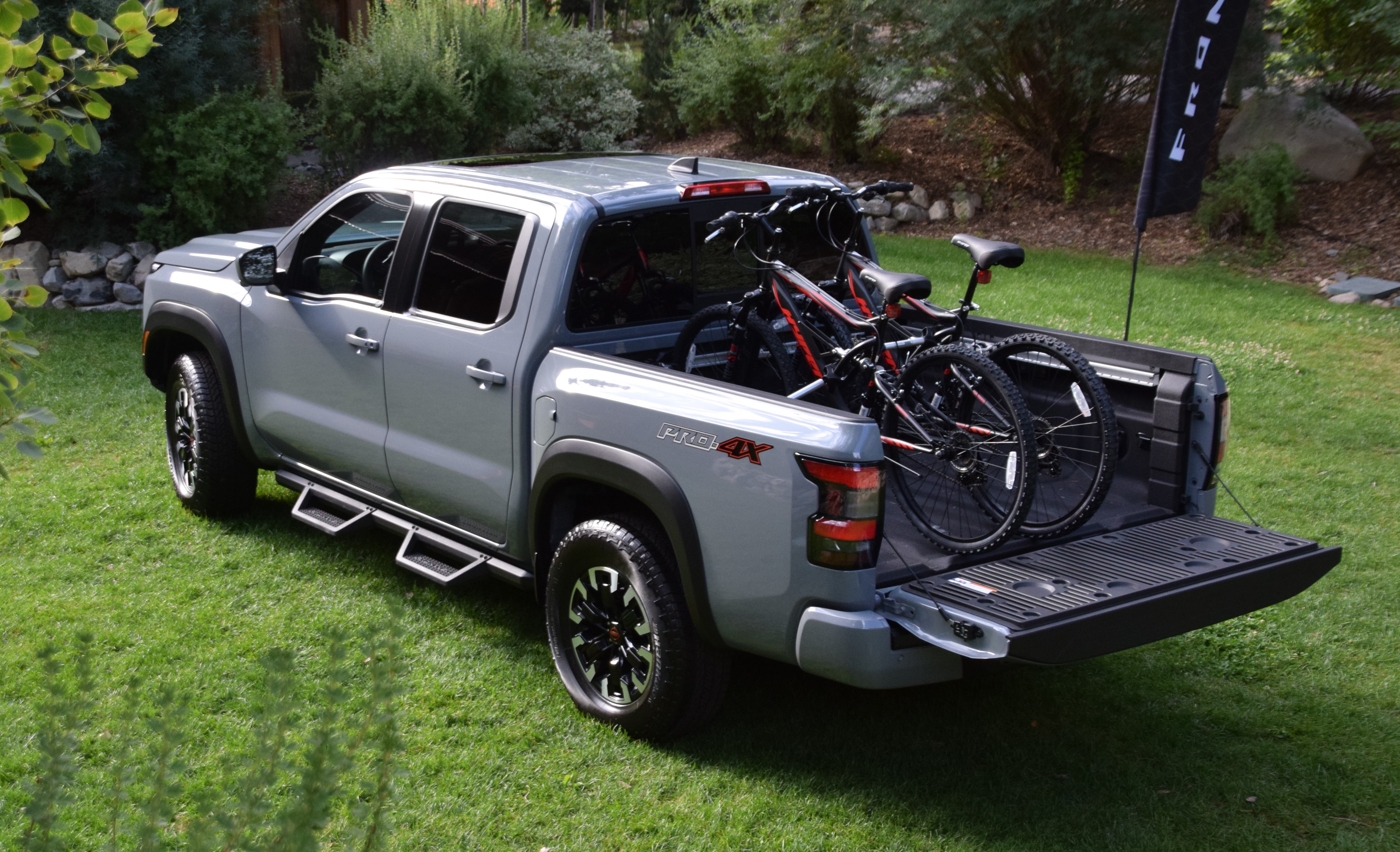 In that larger grouping, the Toyota Tacoma has slayed all comers, selling 252,520 units in 2021 in the U.S., handily whupping the No.2 Ford Ranger, with 94,755 units, as well as the Chevrolet Colorado, GMC Canyon, Honda Ridgeline, Jeep Gladiator and, yes, the Frontier, according to Wards Intelligence data.

The Tacoma and Frontier have been the long-haul players, holding fast while the Detroit Three abandoned the segment for awhile to focus on more profitable fullsize trucks, before realizing there really is a market for competitive smaller pickups.

For full-year 2021, the Frontier was No.5 with a mere 60,693 deliveries. But more important are the fourth-quarter sales results. The redesigned ’22 Frontier went on sale in September, and for the next three months it had leaped to No.2 with 22,634 deliveries, behind the Tacoma’s 51,889, according to Wards Intelligence data. What a difference a redesign makes.

After spending a few days behind the wheel of the new ’22 Frontier, it is easy to sing its praises for its attractive interior, sleek front end, athletic presence, clever storage bins, user-friendly infotainment system and ability to tow (up to 6,570 lbs. [2,980 kg] with 2-wheel drive) with a competitive 310-hp naturally aspirated V-6 tweaked specifically for the Frontier with 93% new content.

This is the third-generation Frontier but the sixth-generation pickup truck from Nissan and Datsun before it. The Nissan Hardbody was a rugged off-road racer that often proved victorious in the 1980s and 1990s.

The all-new body-on-frame Frontier on a fully boxed ladder frame is part of Nissan Next, the automaker’s global transformation plan, that includes redesigned versions of the Rogue, Sentra, Pathfinder and upcoming Z-car and Ariya BEV. 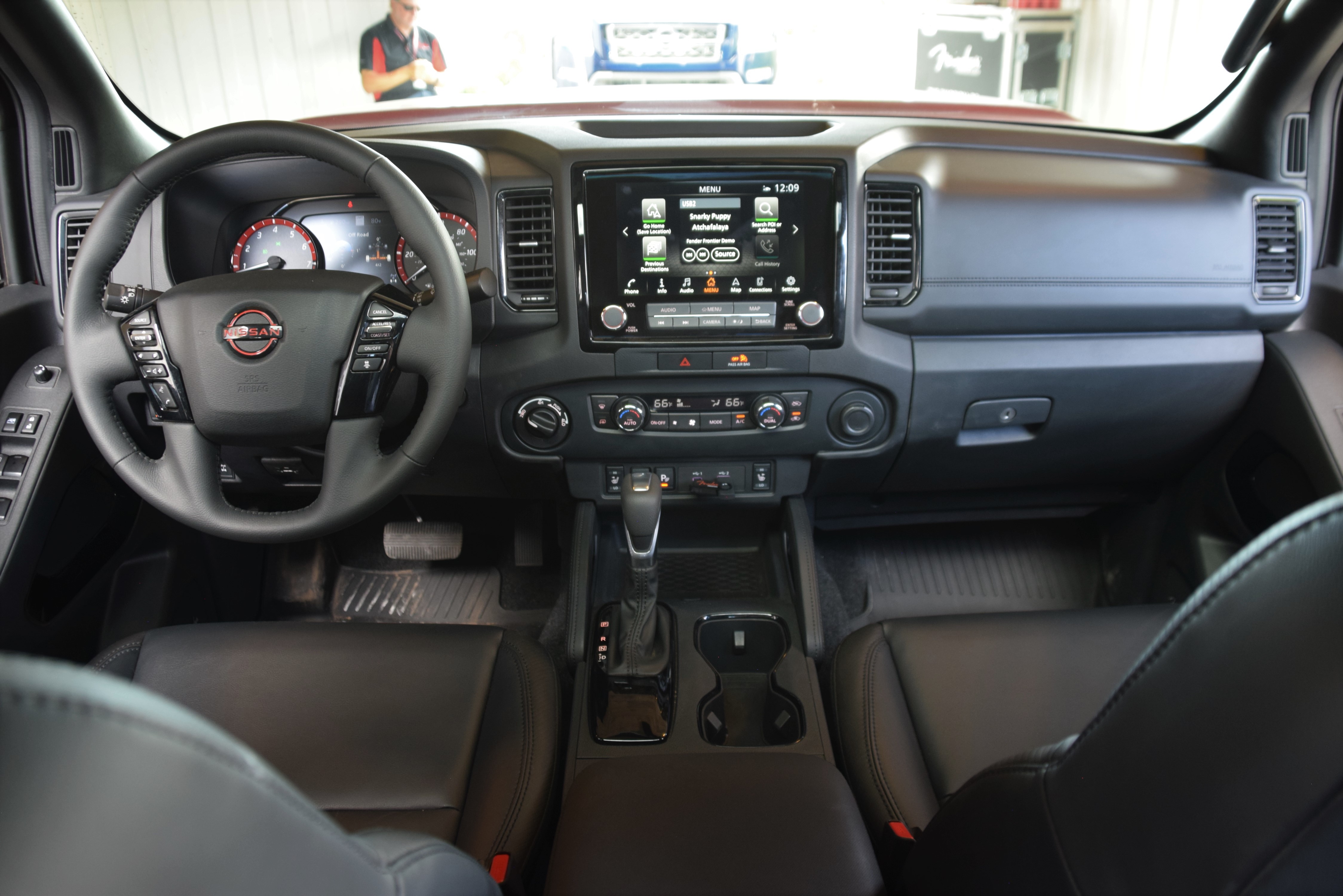 Climbing into the driver’s seat is certainly easier than in the larger (taller) Nissan Titan and other fullsize trucks, which makes these midsizers all the more attractive.

Switchgear, display screens and the steering wheel are Nissan-familiar (with splashes of orange trim on certain models), and the overall aesthetic is wholly appropriate for the segment, which leans toward practical and conventional – even predictable – while feeling fresh. 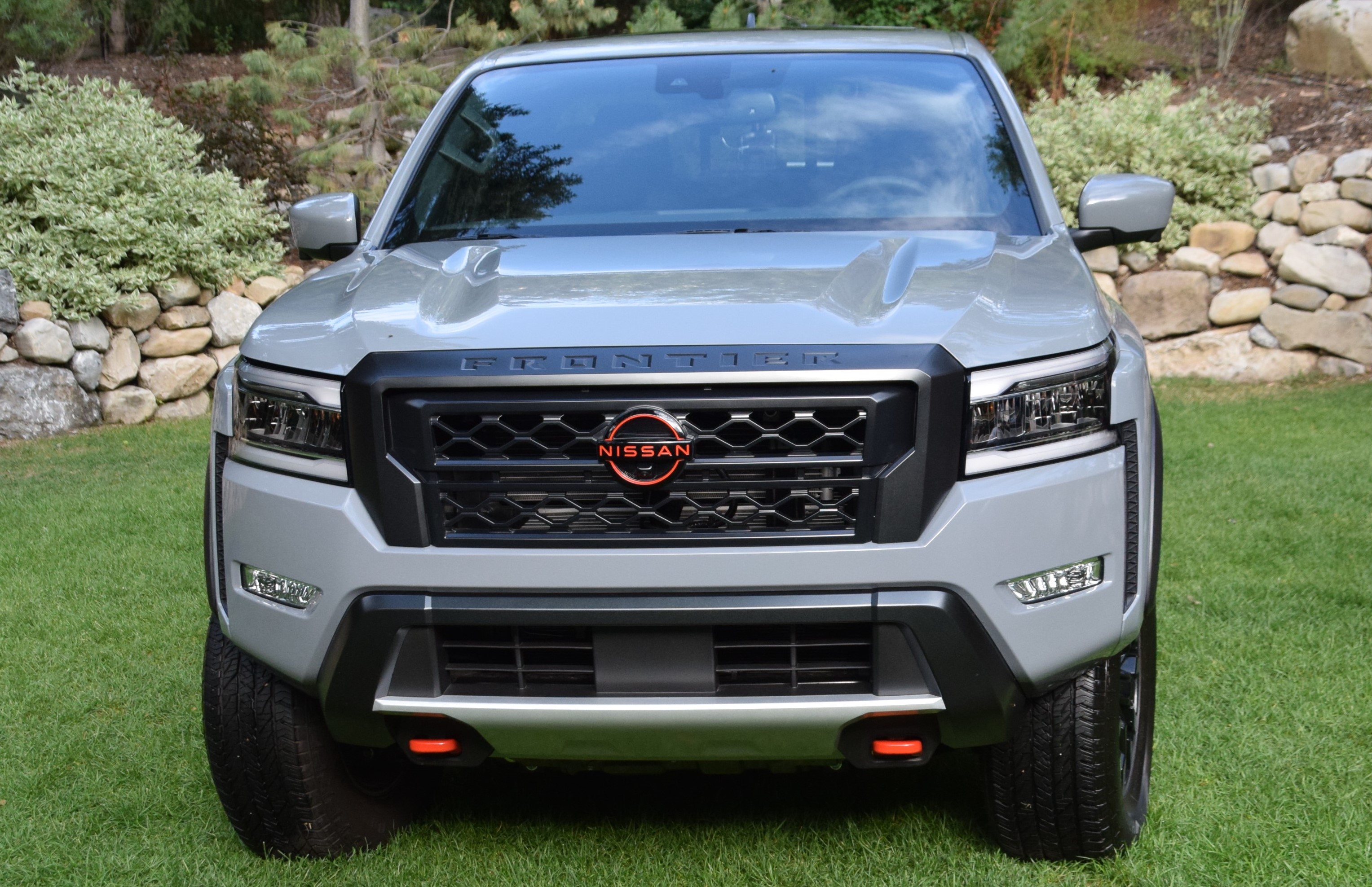 Noise has been fastidiously targeted with a new cowl-top insulator, acoustic laminated front glass and door seals to keep the cabin quiet and minimize wind noise, even when the engine labors to pull a large boat up hills surrounding Sundance Mountain. It’s here that standard hill-descent control is truly appreciated.

Two beds (5 ft. and 6 ft. in length [152 cm and 183 cm]) are available, secured to a larger Crew cab for five occupants or the smaller King cab (with suicide doors), which accommodates four. The 6-ft. bed is standard on all King cab models. 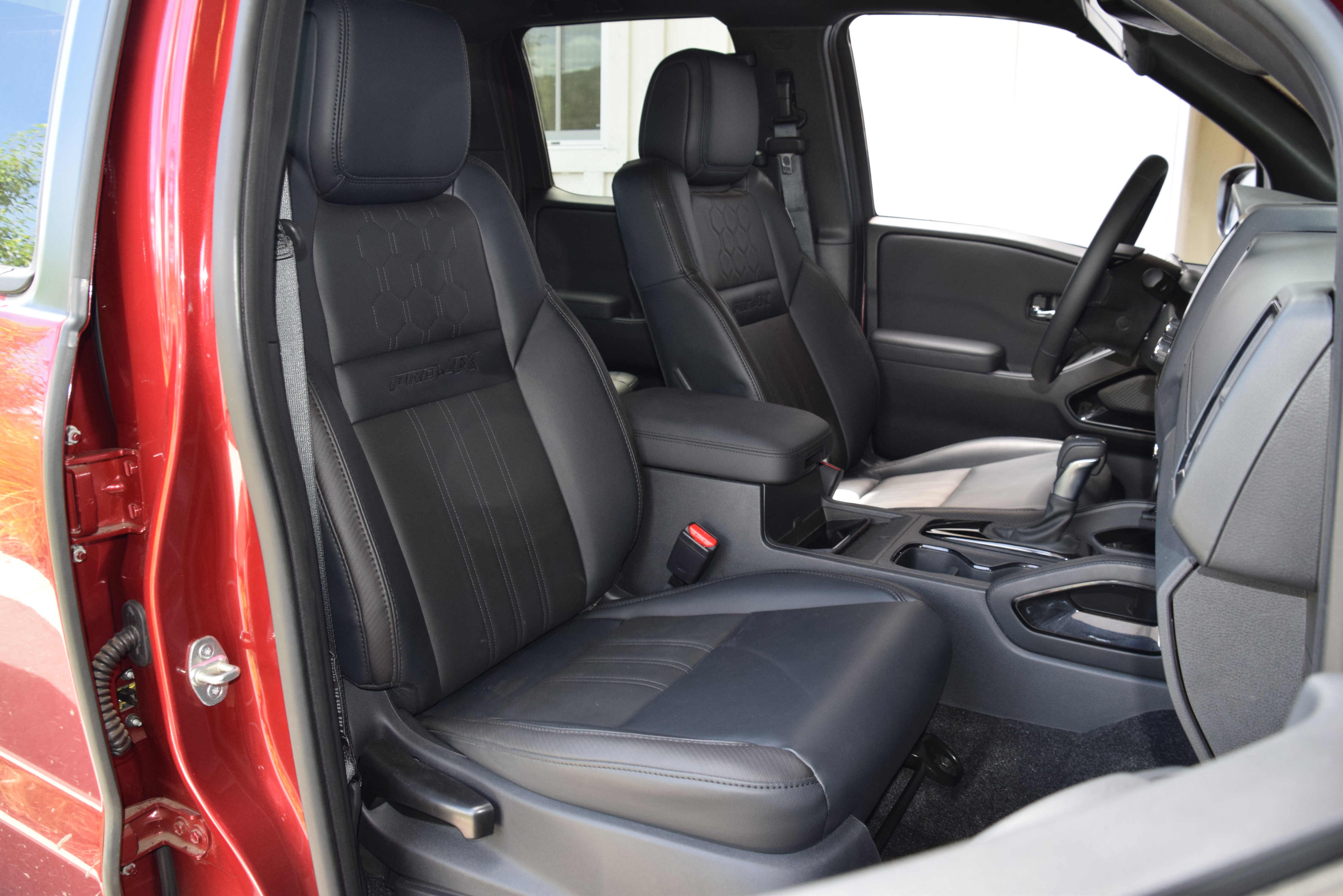 Nissan executives are probably right when they say the Frontier is the right-sized pickup, great for daily life for a growing pool of shoppers who may need more open-bed functionality than CUVs can deliver.

Based on the warm reception consumers gave the new Frontier when it arrived in September, Nissan executives might also be correct in predicting annual first full-year sales of 70,000 units. 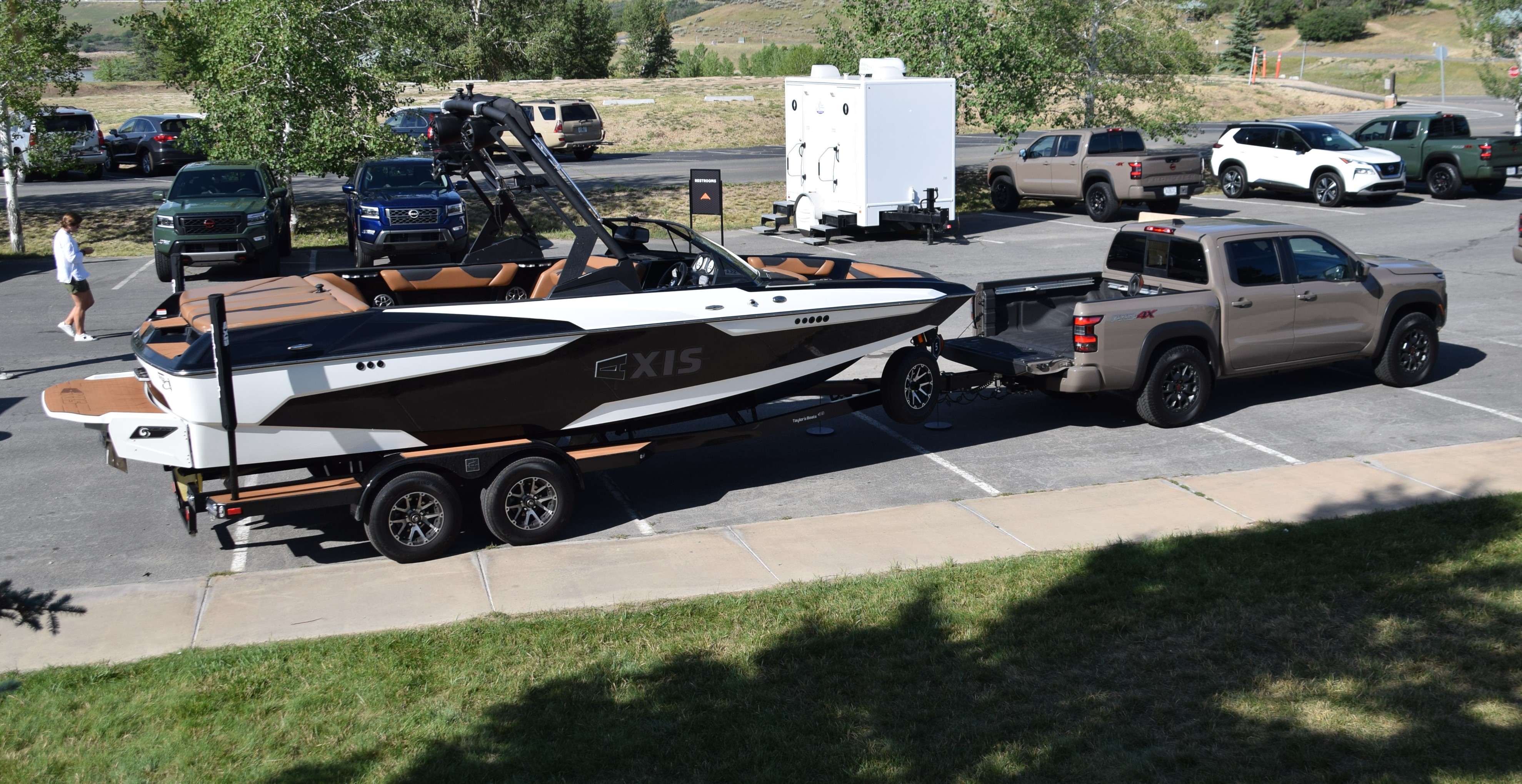