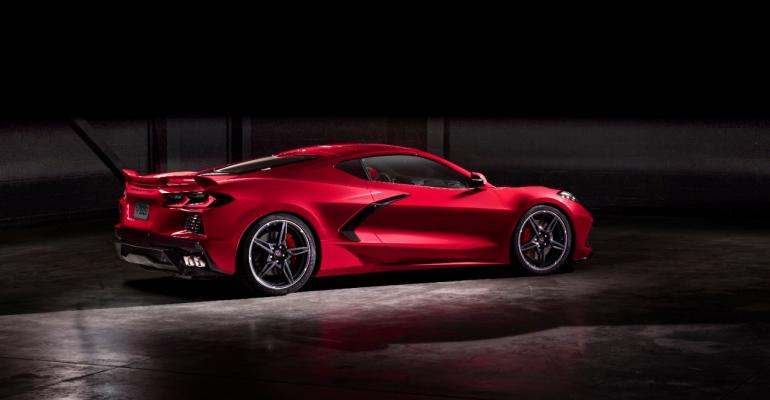 New 2020 Mid-Engine Corvette Most User-Friendly Ever

Corvette’s new design has dominated coverage, but soon everyone will be talking about how easy it is to drive.

ANN ARBOR, MI – I stopped the car on a lonely stretch of country road and Corvette Lead Development Engineer Mike Petrucci slipped it into Launch Mode.

“Put your foot on the brake hard,” he said. I put my left foot on the brake and then gingerly stepped on the accelerator with my right, acutely aware I was driving a precious pre-production version of the first mid-engine Chevrolet Corvette ever.

“Brake harder and get the revs past 3500 rpm,” he said. I watched the rpms climb as an angry growl boiled up behind me. Then he said: “Lift off.”

I’m not familiar with aerospace levels of acceleration, but what happened in the following three seconds made me feel more like an astronaut than a driver. There was a thunderous bellow, and powerful G forces forced me back into the seat. I was so caught up in the experience I didn’t even look at how fast I was going. But I got off the throttle quickly because I didn’t want to go to jail.

The two big talking points for the 2020 Stingray are: It will go 0-60 mph (97 km/h) in less than three seconds and has a base price of $60,000, including dealer delivery charges. My test car was equipped with the Z51 performance package, which adds $5,000 to the sticker and makes sure 0-60 is below three seconds.

Most other cars that can accelerate that fast have 6- or 7-figure price tags. Automobile magazine recently ran a list of eight cars priced below $70,000 that can do 0-60 in under three seconds. It showed pictures of the C8 in eight different colors. (Actually, 12 exterior colors are available).

The Stingray is powered by General Motors’ 6.2L Small Block LT2 V-8, the only naturally aspirated V-8 in its competitive set. It makes up to 495 horsepower and 470 lb.-ft. (637 Nm) of torque when equipped with the Z51 performance exhaust.

But the main reason the car accelerates so quickly isn’t about the engine’s power, it’s about where it sits. The mid-engine layout provides a 40/60 front-to-back weight distribution vs. a 50/50 or more front-end biased distribution on previous models. With more weight in the rear, the C8 has better traction. That translates into faster straight-line acceleration.

Car and Driver magazine points out the 755-hp C7 ZR1, which starts at $119,000, isn’t any faster to 60 mph even though it has a 260-hp advantage. That’s because even the most highly-evolved versions of the C7 simply can’t muster the additional traction necessary to transfer more power to the pavement. 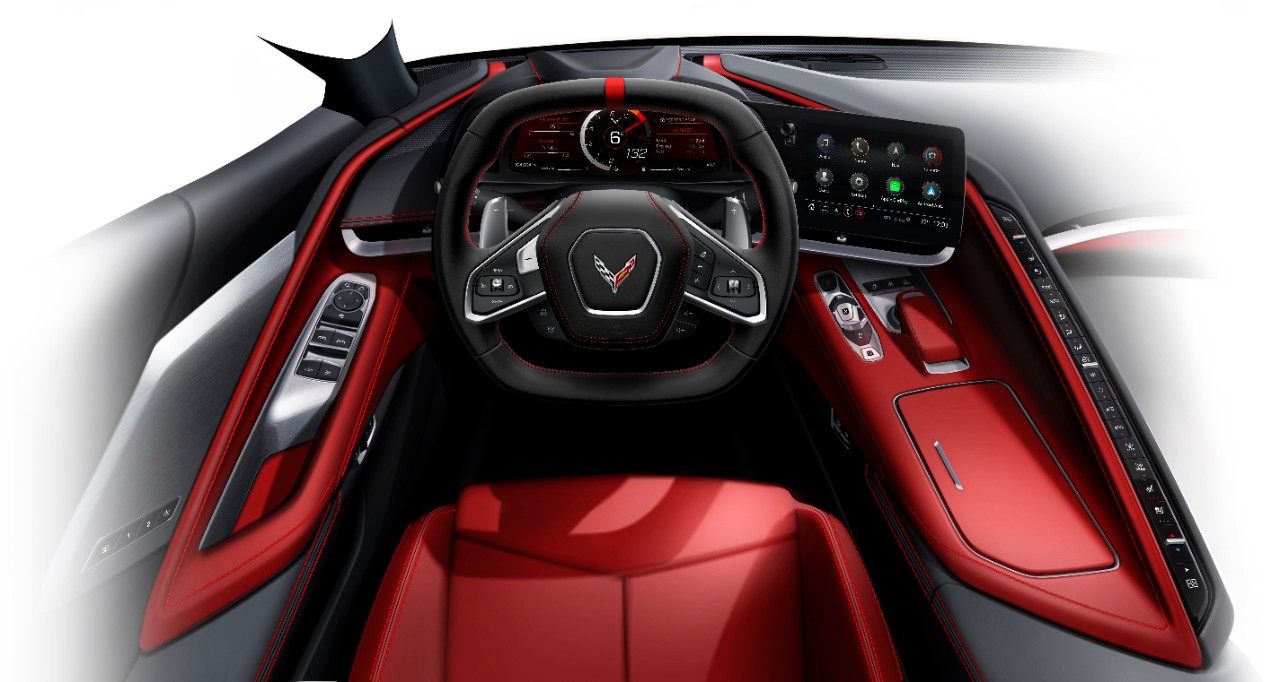 On the upside, this is Chevy’s first 8-speed dual-clutch transmission, and it provides lightning-fast shifts and excellent power transfer. A double-paddle de-clutch feature even allows the driver to disconnect the clutch by holding both paddles for more manual control.

GM likes to compare the cockpit to a jet fighter’s, but it’s roomier and more comfortable than that suggests. Because the engine now is behind the passenger compartment, the cockpit has migrated forward by 16.5 ins. (42 cm). This creates a race car-like view of the road due to lower positioning of the hood, instrument panel and steering wheel.

There are excellent forward sightlines, and drivers no longer feel like they are sitting too low in a tub, trying to peer over the instrument panel.

Like most mid-engine sports cars, the rear view is compromised by the engine enclosure, but that problem has a brilliant solution: push a button on the large rearview mirror and you get a wide-angle view from a rear-mounted camera.

The more-forward passenger compartment also provides a heightened sense of control because you now are positioned closer to the front axle, almost on top of the front wheels.

The small, squared-off, 2-spoke steering wheel is jarring at first, but instantly conveys a great sense of control. And it allows an unobscured view of a 12-in. (30 cm) reconfigurable cluster display with high-resolution graphics and animations.

Buttons for frequently used cockpit functions are lined up in a raised arc on the right side of the console so they are easy to use without looking.

The 2020 Stingray also benefits from GM’s all-new digital vehicle platform, which enables the adoption of the automaker’s next generation of technologies, including over-the-air updates and enhanced cybersecurity.

Driving mode choices have been expanded from four to six, allowing drivers to tweak the feel of the car to their personal preference. The familiar Weather, Tour, Sport and Track modes remain, and there are two new modes that allow personalized engine and transmission settings.

Petrucci helped me sample all the modes during our 45-minute test drive, and each is distinct. Touring delivers a plush ride for long trips. From there, everything gets sharper, tighter and louder. Track mode is a bit raw for public roads, but even that is nicely controlled and avoids the bone-jarring harshness of some track modes.

General Motors has proven two important things with the new C8: For sure it has eliminated the barriers holding back the old platform’s dynamic performance, but it also has updated the interior design and user-experience shortcomings that were limiting its appeal to a new generation of buyers. 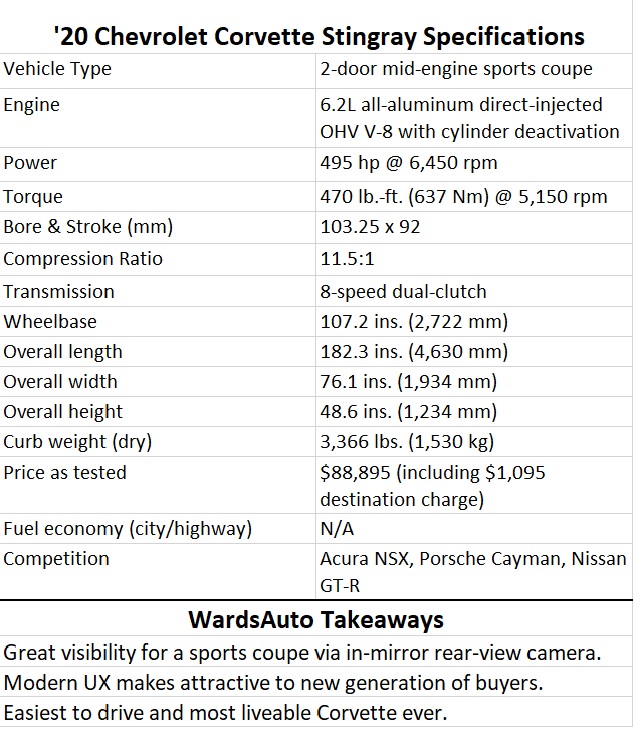