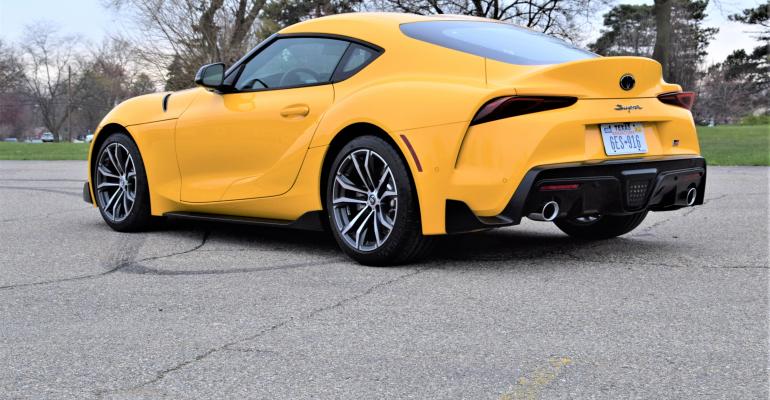 With a high-output 382-hp 6-cyl. offered in tandem with a newly available 4-cyl., the ’21 Toyota GR Supra delivers a tasty Bavarian sandwich, piled high with Black Forest ham, Muenster cheese and extra sauerkraut. With a side of sushi.

With a big assist from BMW, Toyota relaunched a modern version of its iconic Supra 2-seater coupe last July in the U.S. and sold 2,884 units by the end of 2019. Through April, Toyota sold 1,216 GR Supras in the U.S., reflecting a market economically challenged by the COVID-19 pandemic.

Those first GR Supras were ’20 models, and sometime next month a freighter should arrive on the East Coast carrying 400 Supras that were assembled for the ’21 model year at Magna Steyr’s Graz, Austria, plant before it closed down due to the pandemic.

We tested that engine last fall in BMW’s M340i sedan, in which it was spectacular, so it promises to be even more impressive in the smaller, lighter GR Supra.

Availability of the upgraded B58 also creates a bit of a quandary: The first customers who got their hands on the ’20 GR Supra got a 335-hp version of the B58 engine.

Is it really fair to award those customers who waited a year to get an extra 47 hp? Pricing information for the '21 models will be released next month. For now, starting price for the '20 GR Supra is $49,990. When the '21 model arrives, the 335-hp 6-cyl. engine will no longer be available . 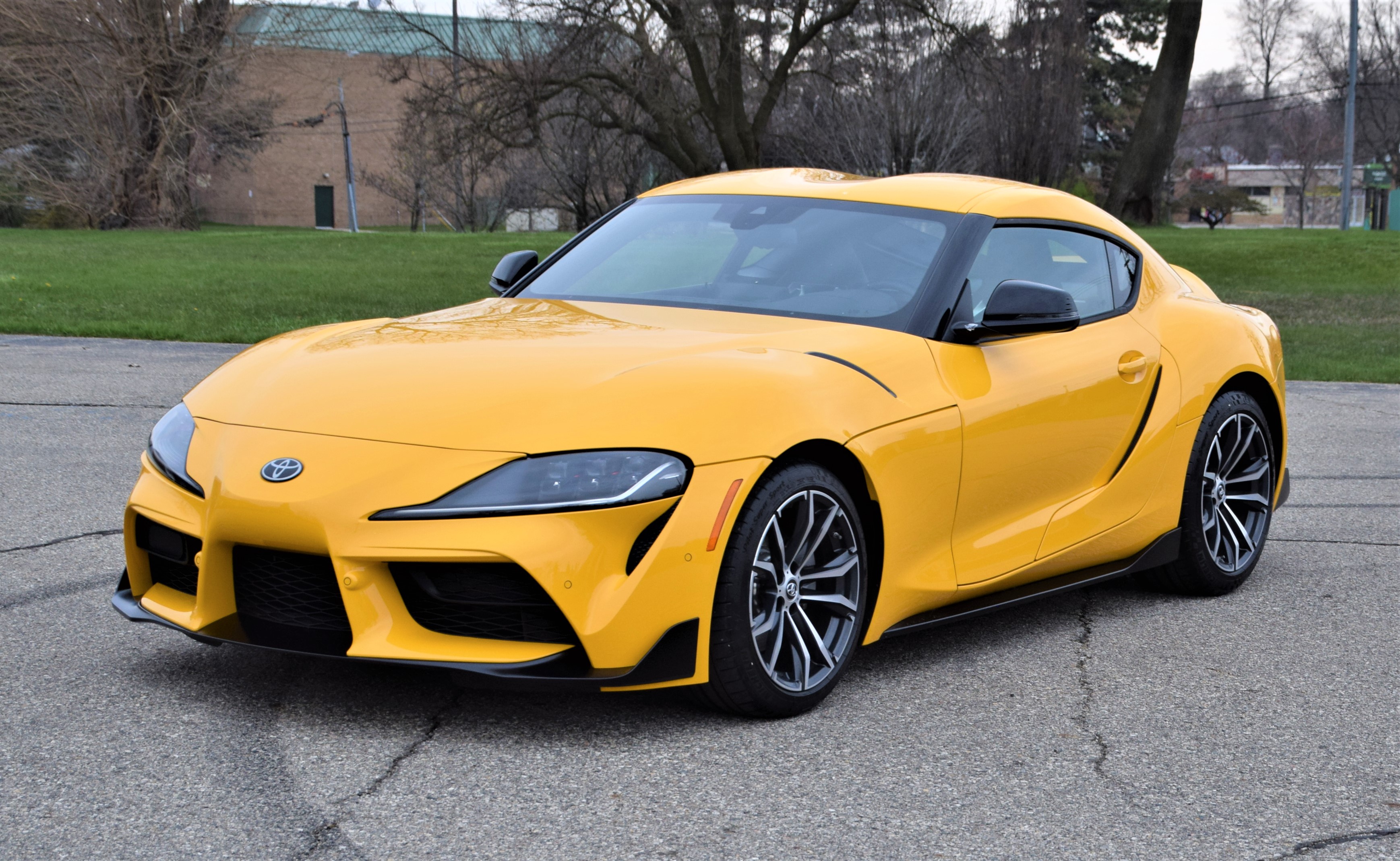 But wait, there’s more on the powertrain front.

If you’re confused about all this BMW DNA in Toyota’s long-cherished coupe, it boils down to this: Toyota needed a great inline 6-cyl. for a resurrected Supra and BMW needed an automaker partner to share capacity with its low-volume Z4 roadster.

The GR Supra and Z4 spring from the same BMW platform but have different sheetmetal. BMW got its new roadster, Toyota its coupe. Consider it a win-win.

It can be hard looking past this cross-brand pollination. Climbing inside the GR Supra, it looks like a BMW, right down to the transmission shifter, gauge cluster, switchgear and iDrive infotainment controller. On the 8.8-in. (22-cm) audio touchscreen, wasn’t there a way to replace the BMW fonts with something more familiar to Toyota customers? 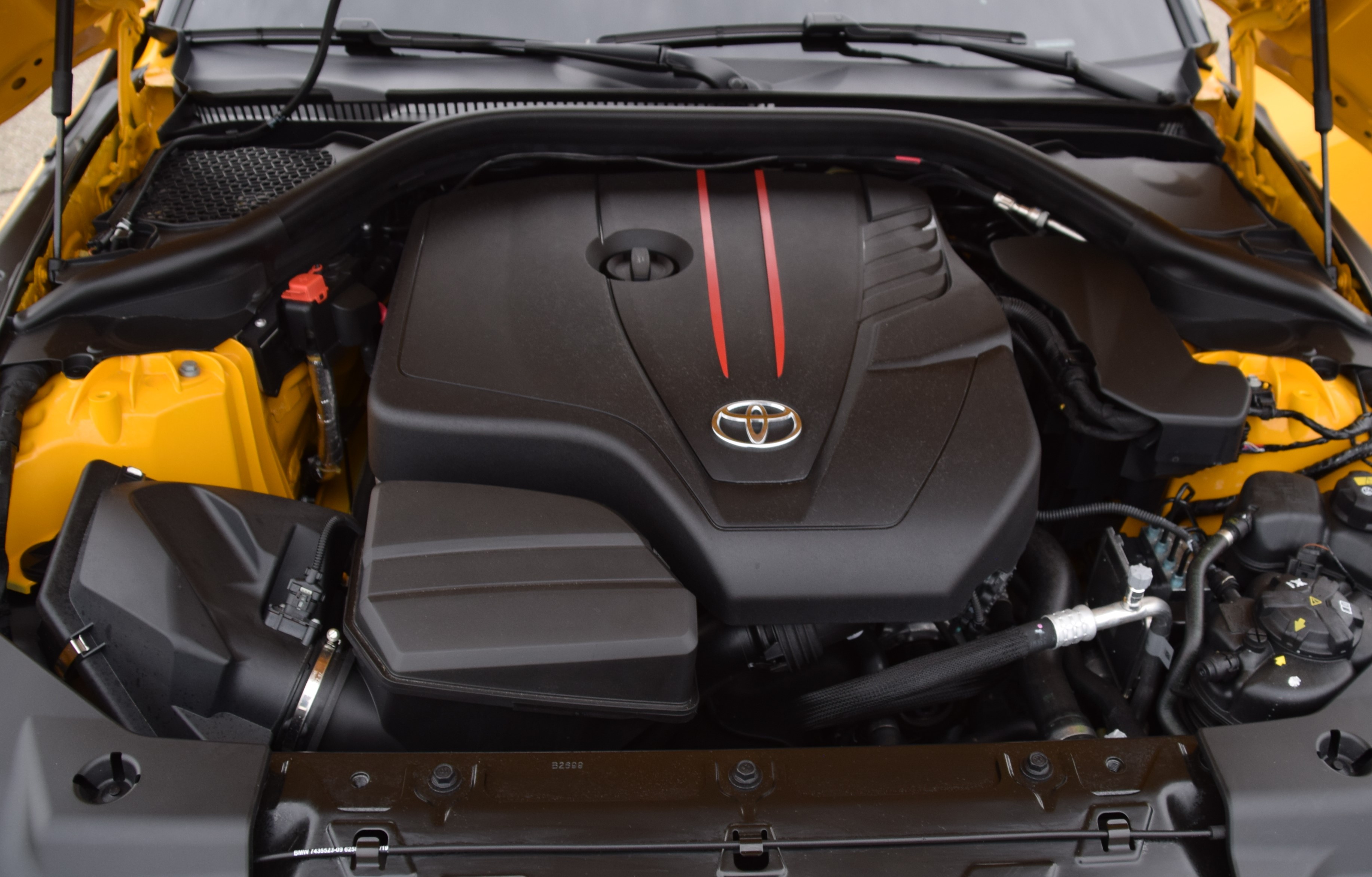 Pop open the hood and Supra purists might snicker at the huge black plastic beauty cover with a Toyota logo on top of a BMW engine.

But it’s true that making a business case is awfully difficult for a low-volume, impractical sports car for a limited number of enthusiasts, and that the only way it’s possible is through creative endeavors like this one.

Make no mistake: after driving a ’20 GR Supra with the 335-hp 6-cyl. and a ’21 model with the 255-hp 4-cyl., it’s fair to say the GR Supra is enormously fun to drive. The partnership between the two companies gave Toyota full authority to tune the chassis for a feel distinctive from the Z4.

At the risk of giving a backhanded compliment, the Supra is Toyota’s most exhilarating, dynamically sound model since the LFA, at a fraction of the price. 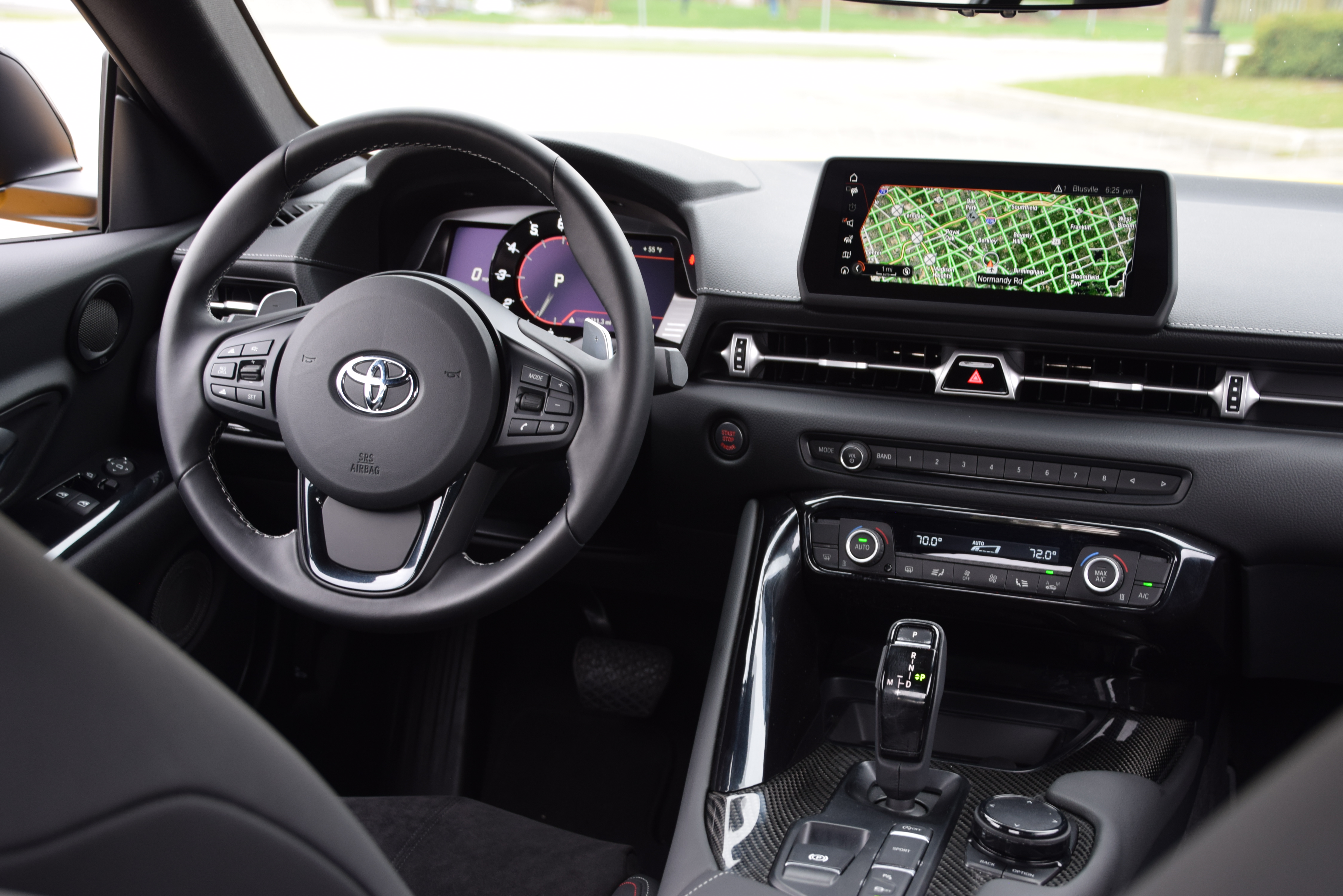 The Porsche Cayman represents the GR Supra’s competion, and to date the average transaction price for Toyota’s new coupe is $56,500.

To prep the ’21 GR Supra for the additional 47 hp, Toyota engineers added aluminum braces tying the strut towers to the radiator support for a stiffer front end, retuned the active differential and adjusted the stability-control and steering response.

With the new 382-hp 6-cyl. offered in tandem with the 4-cyl., the ’21 GR Supra delivers a tasty Bavarian sandwich, piled high with Black Forest ham, Muenster cheese and extra sauerkraut. With a side of sushi. 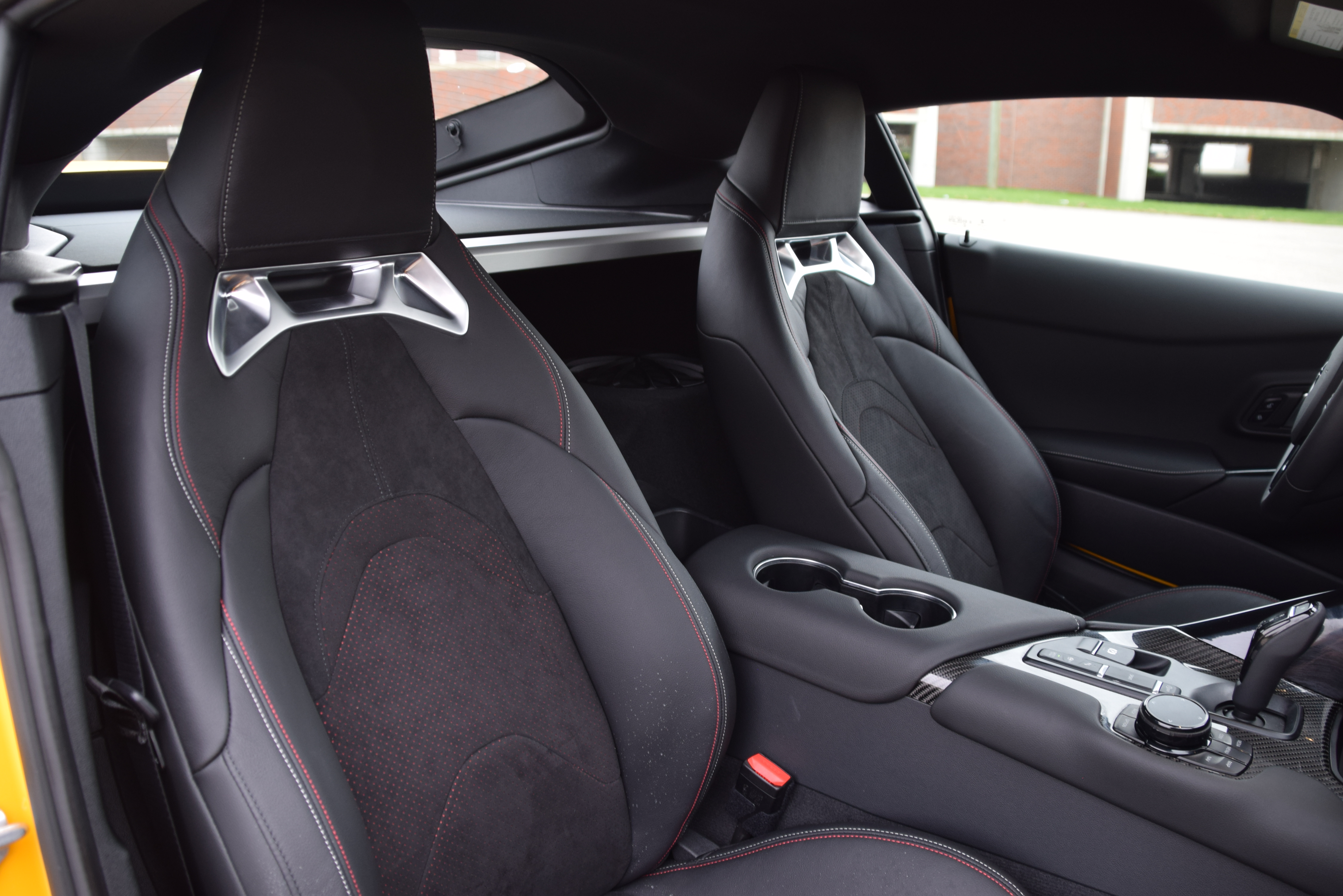