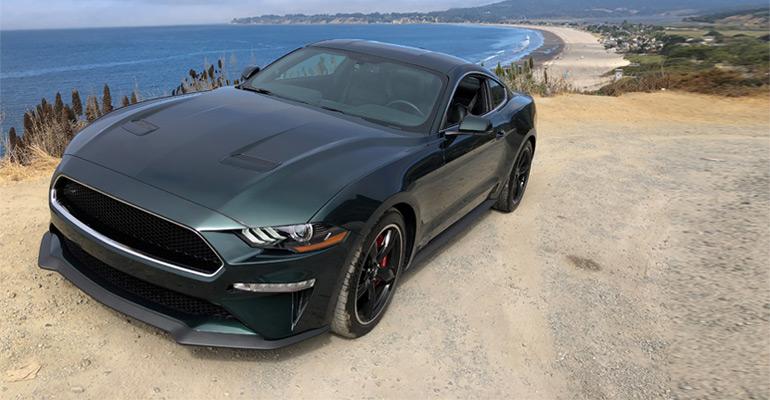 Bob Gritzinger
Bullitt pauses along the picturesque Pacific coast north of its natural habitat on the streets of San Francisco.
Test Drives

SAN FRANCISCO, CA – An extra 20 ponies under the hood hardly would be noticeable in an already punchy 460-hp sports car, but careful engine tuning allows powertrain engineers to pry the most out of that extra boost in the ’19 Ford Mustang Bullitt.

The most significant hardware change from the standard 5.0L V-8 Mustang GT is the use of the intake manifold and wider throttle body from the Shelby GT350, giving the Bullitt an 87-mm throat vs. 82 mm in the GT. In addition, the Bullitt adopts as standard an open-air induction system, freer-flowing active exhaust, 6-speed manual gearbox and 3.73-ratio rear end.

Standardizing those elements and running on premium-grade fuel gave engineers the ability to focus on calibrating the Bullitt’s power and torque curves to achieve maximum benefit. The GT, at 460 hp and 420 lb.-ft. (569 Nm) of torque, is no slouch by any measure, but that same engine with a 20-hp gain and a rewritten torque curve delivers a marked performance improvement over the run-of-the-mill GT. 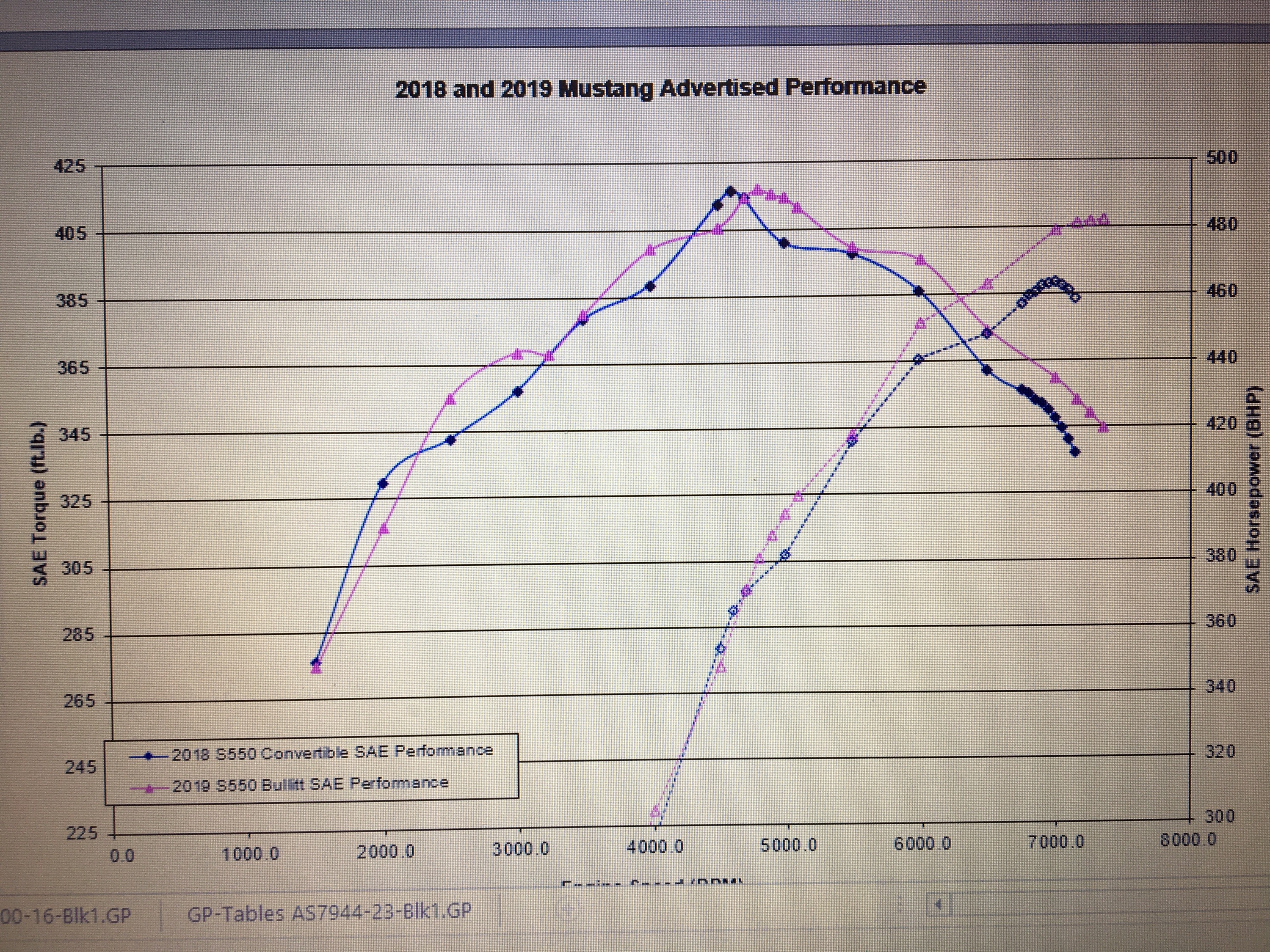 Having spent time behind the wheel of a GT equipped with a 10-speed automatic just days before putting the Bullitt through its paces during a media drive in the San Francisco Bay Area, the feel of channeling the enhanced 5.0L’s power through the standard cue-ball-handled manual transmission is a revelation.

Most noticeable is the widely available torque, often permitting tight cornering maneuvers through winding routes without the need for downshifting. While a quick third-second downshift produces the expected amped-up response, we find staying in third produces the kind of steady and strong power delivery for which most owners buy a V-8.

On a spirited morning drive north of the Golden Gate Bridge, we find third gear often hits just the right balance to pull smoothly through a corner without inducing oversteer while providing ample rev range to race down the following straightaway to the next tight bend. We employ fourth on a brief freeway section, but we’re left wondering whether fifth and sixth gears – unless you plan long freeway drives in your Bullitt or want to coax maximum fuel economy – may be extraneous in this application.

“We wanted to take those attributes and push it to the max,” Widmann says. “The car is really focused on emotion, and the powertrain has to deliver that emotion.”

The Bullitt’s standard Performance Pack 1 chassis upgrades, including 19-in. wheels and 6-piston Brembo brakes, help manage the power and extra top speed available in the latest iteration of one of Mustang’s most iconic models.

The Bullitt is available in throwback Dark Highland Green or Shadow Black, with options limited to MagneRide suspension, an upgraded electronics package including navigation and B&O Play audio and Recaro seats.

Next up for the venerable nameplate that just marked production of its 10 millionth unit is the high-performance, 700-hp Shelby GT500 due in 2019. As one of the last car models in Ford’s stable as the company pares its roster in favor of popular CUVs, SUVs and trucks, Ford leadership assures the Mustang will soldier on – gaining an electrified hybrid powertrain as part of its next complete makeover due in 2020. 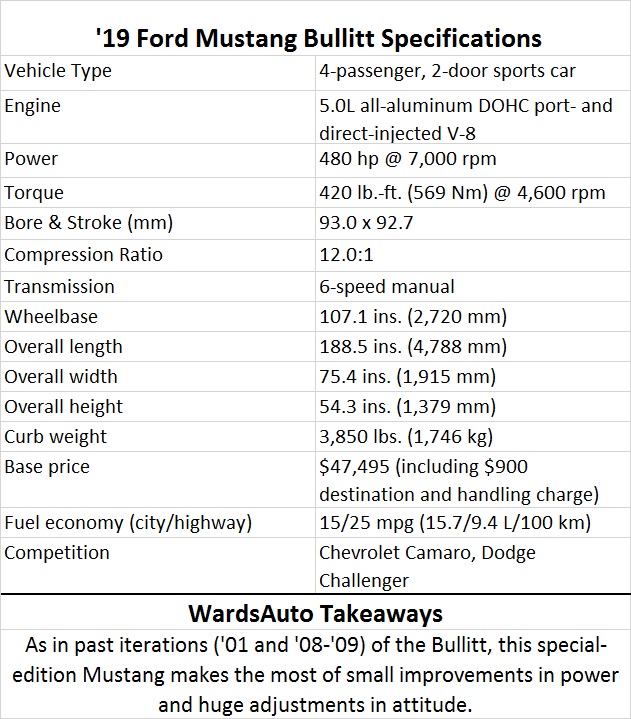 Ford Draws on Past Power to Electrify Future
Jan 22, 2018