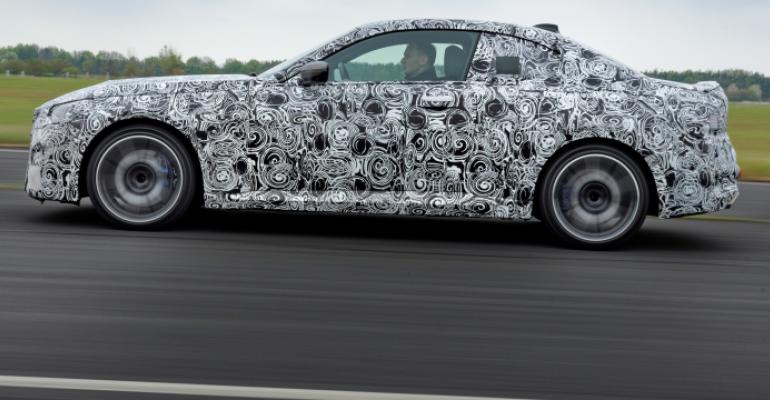 BMW’s Mexico-built M240i XDrive Coupe, a 374-hp all-wheel-drive model, is set for North American delivery by the end of 2021.

Having produced one of the more compelling driver’s cars in recent years with the first-generation 2-Series Coupe, BMW was unlikely to stray too far from its original formula when it came to engineering its successor.

So, it is no surprise when BMW’s head of driving dynamics, Jos van As, tells us the FAAR (Front Architecture) front-wheel-drive platform and transverse engine layout of the 4-door 2-Series Gran Coupe were never a serious consideration for the German automaker’s latest 2-door model.

The Dutch-born engineer is speaking before we head out of BMW’s driver training facility on the outskirts of Munich in Germany in a pair of 2-Series Coupe prototypes.

Before we get under way, however, he reveals development of the new car was partly carried out in combination with the latest Z4. The two BMW models share integral parts of their CLAR (Cluster Architecture) platform with either rear- or all-wheel drive as well as their longitudinally mounted engines, suspension and electric systems.

The preproduction prototypes we’re here to drive are heavily camouflaged. It is clear, though, that the 2-Series Coupe has grown moderately in size. It also gets a larger footprint; the wheelbase is 2.0 ins. (51 mm) longer than that of the first-generation model and the tracks are up by 2.0 ins. and 1.2 ins. (30 mm), respectively.

So far, BMW has confirmed four 2-Series models for the U.S. The rear-wheel-drive 230i receives a 245-hp version of BMW’s B48 turbocharged 2.0L gasoline 4-cyl. However, it is the all-wheel-drive M240i xDrive with the automaker’s B58 turbocharged 3.0L inline 6-cyl. that is set to take the performance honors when sales of the new BMW begin later this year, at least until the successor to today’s sublime M2 arrives.

With 374 hp, the M240i Coupe offers 19 hp more than its predecessor and 31 hp less than the existing M2 Competition.

But we haven’t come to Munich to pore over the specification. We’re here to sample the most powerful standard version of the new 2-Series Coupe on challenging back roads and wide-open autobahns. 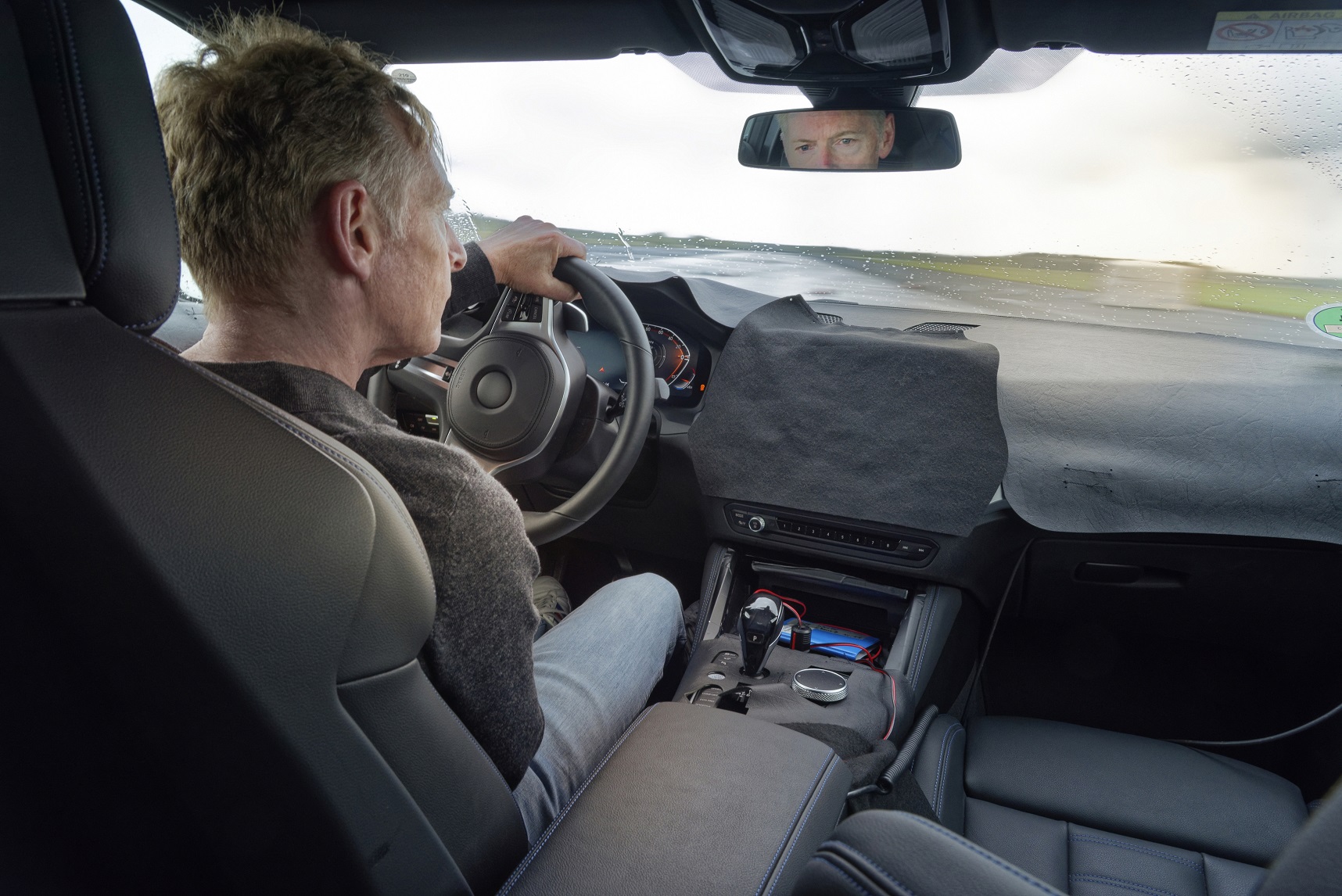 Inside, we discover a familiar driving environment, albeit one covered with soft fabric to hide the more intricate details of the cabin until its planned unveiling early next month. Still, the driving position is spot-on – snug and fittingly low.

We’re hardly a mile into our test before the inherent properties of the 6-cyl. remind us just how entertaining a traditional combustion engine can be. Despite the added power, it remains deliciously smooth and superbly tractable.

With 367 lb.-ft. (498 Nm) of torque, it also provides the new M240i xDrive with lots of midrange punch and the all-round athleticism other 4-cyl. performance rivals can’t match. It sounds terrific, too.

The standard 8-speed automatic gearbox is tremendously smooth with outstanding shift quality no matter what the driving mode. BMW is yet to announce any performance claims, but expect a 0-62 mph (100 km/h) time of around 4.5 seconds together with a limited 155-mph (250 km/h) top speed. 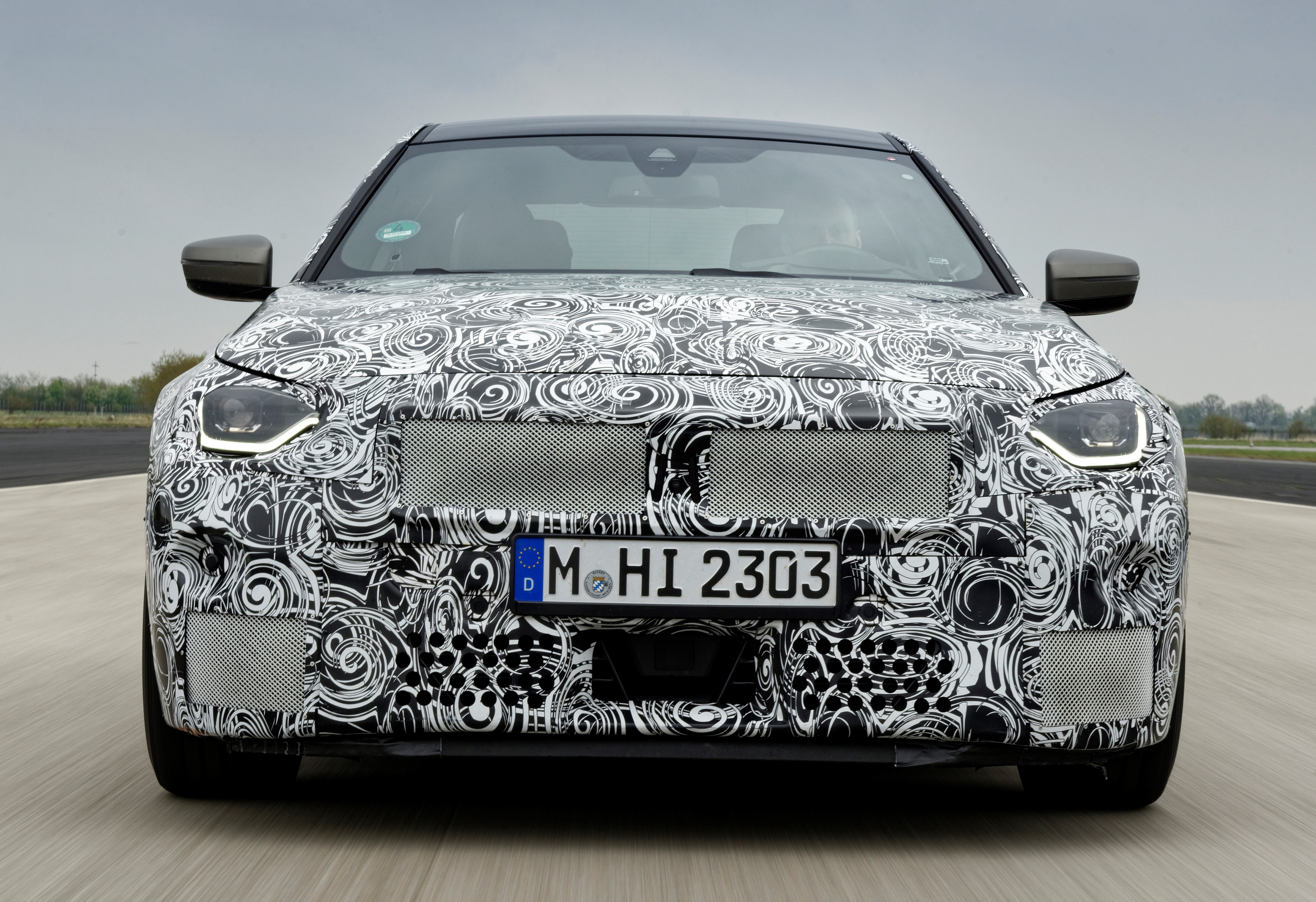 Driving the new BMW coupe is an absolute joy. It lacks the hardened edge of the existing M2. But in most situations, it feels every bit as quick as its more powerful performance sibling – itself set to be replaced in 2023 by a successor model based on the new 2-Series Coupe.

BMW has focused a lot of attention on refining the suspension of the new 2-Series Coupe (pictured above and below) with the addition of new braces and other measures, many similar to those found on the larger 4-Series Coupe. Van Jos says it also retains the 50:50 front-to-rear weight distribution of the car it replaces.

There’s a typical tautness to the action of the M-sport suspension, but it doesn’t come at the expense of ride quality, which remains compliant even in the more sporting driving modes.

The M240i xDrive corners in a confident and very neutral manner. Its all-wheel-drive system is programmed to provide the majority of drive to the rear wheels, and there’s an electronic differential to apportion power to each rear wheel.

There’s always an excess of grip, allowing impressively high cornering speeds, even in the wet, but ensuring it remains engaging as well.

Right now, BMW is busy tooling up its factory in San Luis Potosi, Mexico, where all new 2-Series Coupe models will be produced. U.S. sales are planned to get under way following the car’s planned unveiling in July with deliveries set to begin by year’s end. 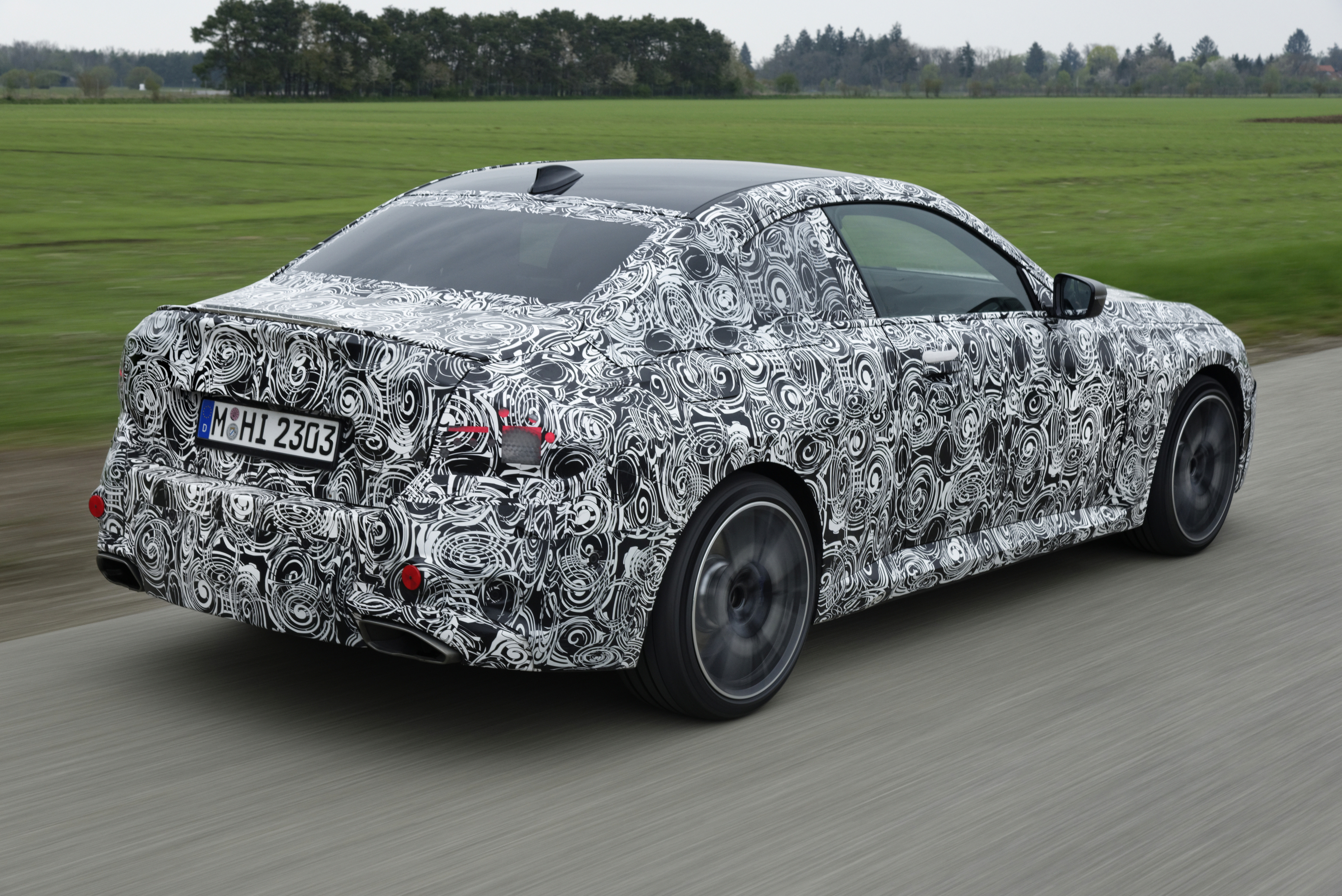