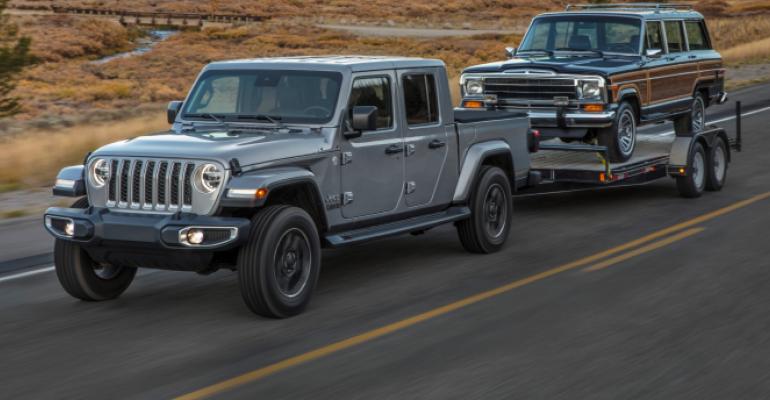 Torque makes the diesel-fueled Gladiator effortlessly capable and efficient, although the gasoline V-6 generally is rated higher for towing and payload. At lower speeds, the diesel supplies just enough rumble to remind you which pump to use when it’s time to refuel.

MALIBU, CA – For decades, Jeep enthusiasts wanted a Wrangler-based pickup truck. Last year, when they finally got one in the form of the ’20 Gladiator, they thanked Jeep for building it and then asked how long it would be until a diesel engine became available.

Clearly, Jeep was expecting that question, because just one year after the Gladiator went on sale, a diesel is now available as an option for the ’21 model of the midsize truck.

The engine generates 260 hp at 3,600 rpm and 442 lb.-ft. (600 Nm) of torque between 1,400 rpm and 2,800 rpm. As is true with the Wrangler, Jeep pairs the engine with a TorqueFlite 8HP75 8-speed automatic transmission specifically calibrated to handle the EcoDiesel’s torque, replacing the 850RE 8-speed automatic used with the Gladiator’s standard 3.6L Pentastar V-6.

There are slight calibration differences between the Wrangler EcoDiesel and the Gladiator EcoDiesel, Brandon Girmus, Jeep Gladiator brand manager, says at a drive event here in the Santa Monica Mountains.

Because a Gladiator owner is more likely to tow a trailer, throttle response and transmission shift points are adjusted for that customer use case. Jeep also needed to account for the Gladiator’s unique exhaust system and, due to the truck’s added weight, EPA fuel-economy estimates are slightly lower than the Wrangler EcoDiesel, coming in at 22/28 mpg (9.3-11.9 L/100 km) city/highway.

Girmus says the Gladiator’s traditional 7-slot grille doesn’t allow enough airflow to rate the diesel engine for greater trailer weight. With an intercooler vying for cool air along with the radiator and air-conditioning condenser, Jeep limits capacity to no more than 6,500 lbs. But, Girmus says, the towing character with the diesel is better than with the gas V-6, plus it gets better fuel economy.

Payload ratings differ, too, depending on the trim level. They drop by up to 215 lbs. (98 kg) for all versions of the Gladiator except the Overland where the payload rating actually rises 155 lbs. (70 kg).

Any version of the ’21 Gladiator (except for Mojave trim) can be fitted with the EcoDiesel engine, which is priced at $4,000. 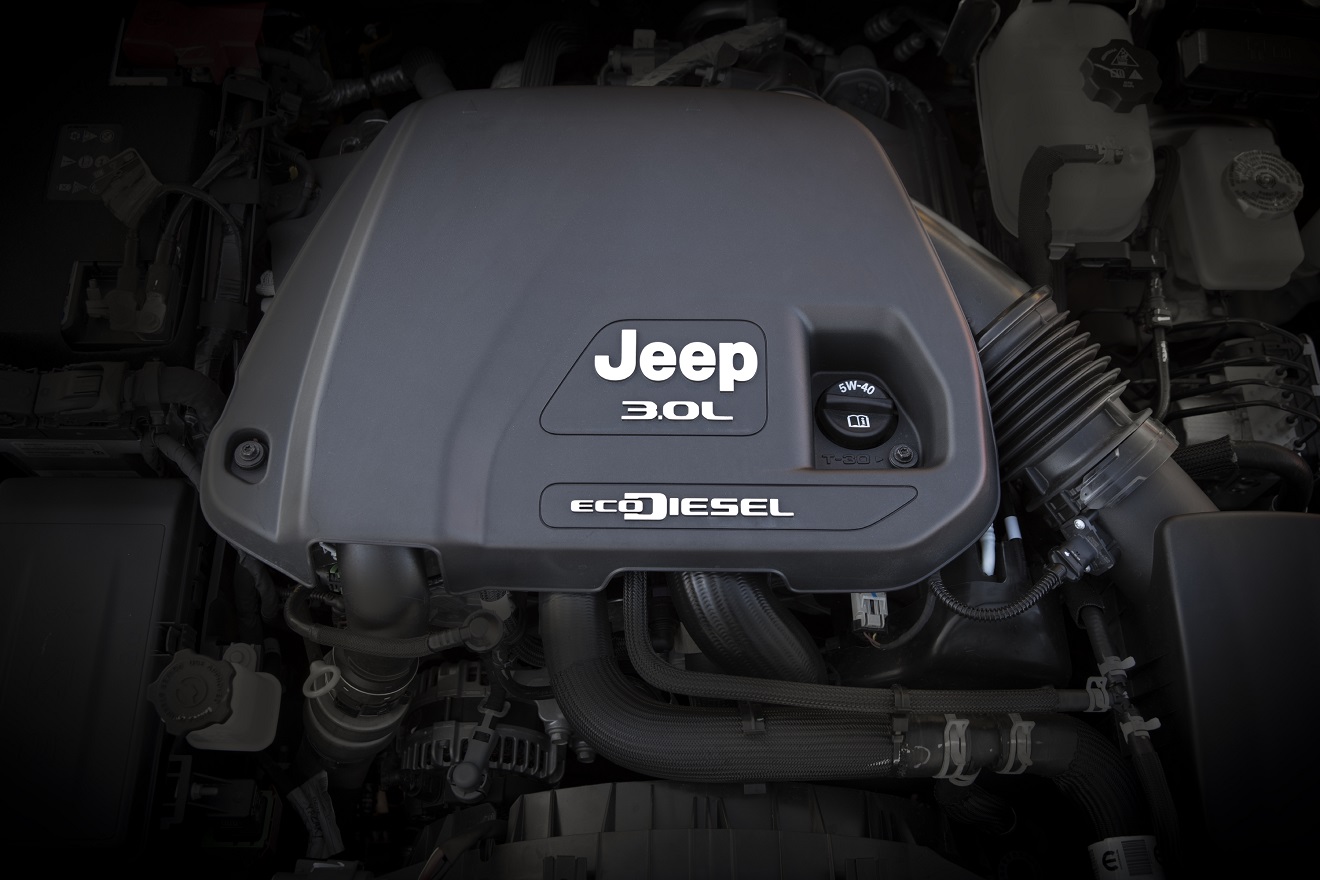 Because it requires the 8-speed automatic, which is another $2,000, the quest for the added grunt and improved mileage over the standard gas V-6 will cost $6,000. Girmus expects 15% of ’21 Gladiator customers to choose the EcoDiesel option (pictured, left), most of them Rubicon buyers.

“The diesel’s a premium powertrain,” explains Girmus. “You’ve got a customer buying a Rubicon. They’re already spending the money for the premium trim, so they’re gonna be likely to pull the trigger to get the diesel.”

Girmus says the EcoDiesel’s prodigious low-end torque is a benefit when off-roading, making the engine option particularly suitable to the Gladiator Rubicon.

We discovered this firsthand on difficult mountain trails, where the Rubicon’s Selec-Speed off-road cruise-control technology and the torquey diesel chugged relentlessly up and down steep grades, across ruts that were more like trenches and over moguls that would stop many midsize pickups in their tracks.

Switching into a ’21 Gladiator Overland for a paved driving route, we traveled mountain two-lane roads, suburban boulevards, city streets and flowing freeways. Throttle tip-in is smooth rather than sudden, the EcoDiesel quickly gathering steam and then surging the truck forward. Powertrain response feels pleasantly relaxed yet relentlessly capable, and it is a confidence-inspiring sensation, especially when off-roading.

At lower speeds, the diesel supplies just enough characteristic clatter to remind you which pump to use when the time comes to refuel, but that is quickly replaced by wind and tire noise as velocities climb.

During the drive, the Gladiator EcoDiesel averaged 22.6 mpg (9.6 L/100 km), coming up 1.4 mpg (0.6 km/L) short of its official EPA combined rating. Nevertheless, that result represents nearly a 20% improvement over my experience in a gas-fueled ’20 Gladiator Overland.

Is that added efficiency a compelling enough reason for customers to choose the pricey EcoDiesel option in the ’21 Gladiator? No.

But all of that torque down low sure makes a big difference when it comes to off-roading, so any Gladiator buyer planning to spend lots of time in the dirt should consider it.

Any version of ’21 Gladiator (except for Mojave trim) can be fitted with EcoDiesel engine, which is priced at $4,000.