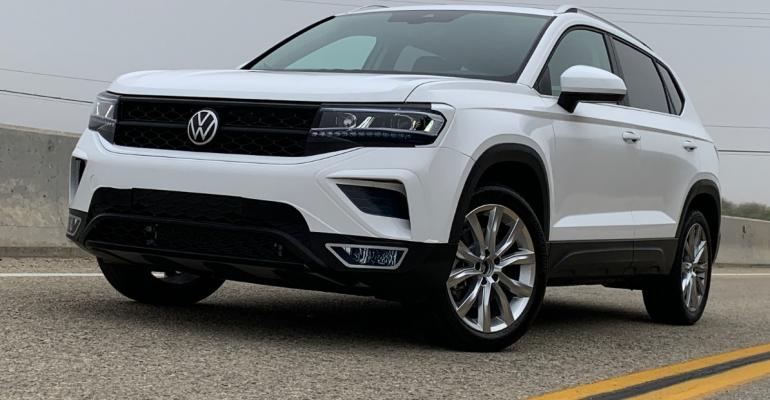 Volkswagen knows it arrived more than just fashionably late to the CUV party.

After missing the mark with the original compact Tiguan and midsize Touareg sport/utilities, VW put itself on a proper path with the redesigned ’17 Tiguan.

Then, Volkswagen introduced the roomy three-row ’18 Atlas, designed specifically with Americans in mind, followed by the five-passenger Atlas Cross Sport for ’20.

It is no understatement to say these products have rescued VW’s fortunes in the U.S. By the second quarter of 2020, 60% of Volkswagen’s sales were CUVs, according to Johan de Nysschen, chief operating officer-Volkswagen Group, North American Region.

With the compact, midsize two-row and midsize three-row segments covered, Volkswagen is preparing to introduce the all-new ’22 Taos, a small crossover that will slot into the lineup beneath the Tiguan. VW identifies the Hyundai Tucson, Jeep Compass, Nissan Rogue Sport and Subaru Crosstrek as the Taos’ primary competitors.

At Volkswagen’s invitation, we spent an hour driving pre-production prototypes of the new Taos on the roads near the company’s new LEED-certified technical center in Oxnard, CA. The short story is that the Taos reminds us of the original Tiguan. The long story is that the Taos is quite sophisticated for its segment, and the tale starts under the CUV’s hood.

Volkswagen says the Taos’ new 1.5L is 35% faster to build torque than the turbocharged 1.4L used in the VW Jetta and is more efficient while reducing emissions. Rather than calibrate the engine for EPA cycles to earn the highest fuel economy ratings, Volkswagen says it optimizes the new 1.5T for how people actually drive.

Making 158 hp and 184 lb.-ft. (250 Nm) of torque, the 1.5L turbo pairs with front-wheel or all-wheel drive. Volkswagen uses an 8-speed automatic with FWD and a 7-speed dual-clutch transmission with AWD. Volkswagen will build the 1.5L in Silao, Mexico, near the automaker’s Puebla factory, where it will assemble the Taos.

Test vehicles had FWD and an 8-speed automatic transmission. On the road, the powertrain is responsive in urban and suburban settings, displaying little in the way of turbo lag when setting off from a stop or after rounding a corner. The engine is reasonably quiet, and the transmission executes early and upshifts smoothly unless you request more power. 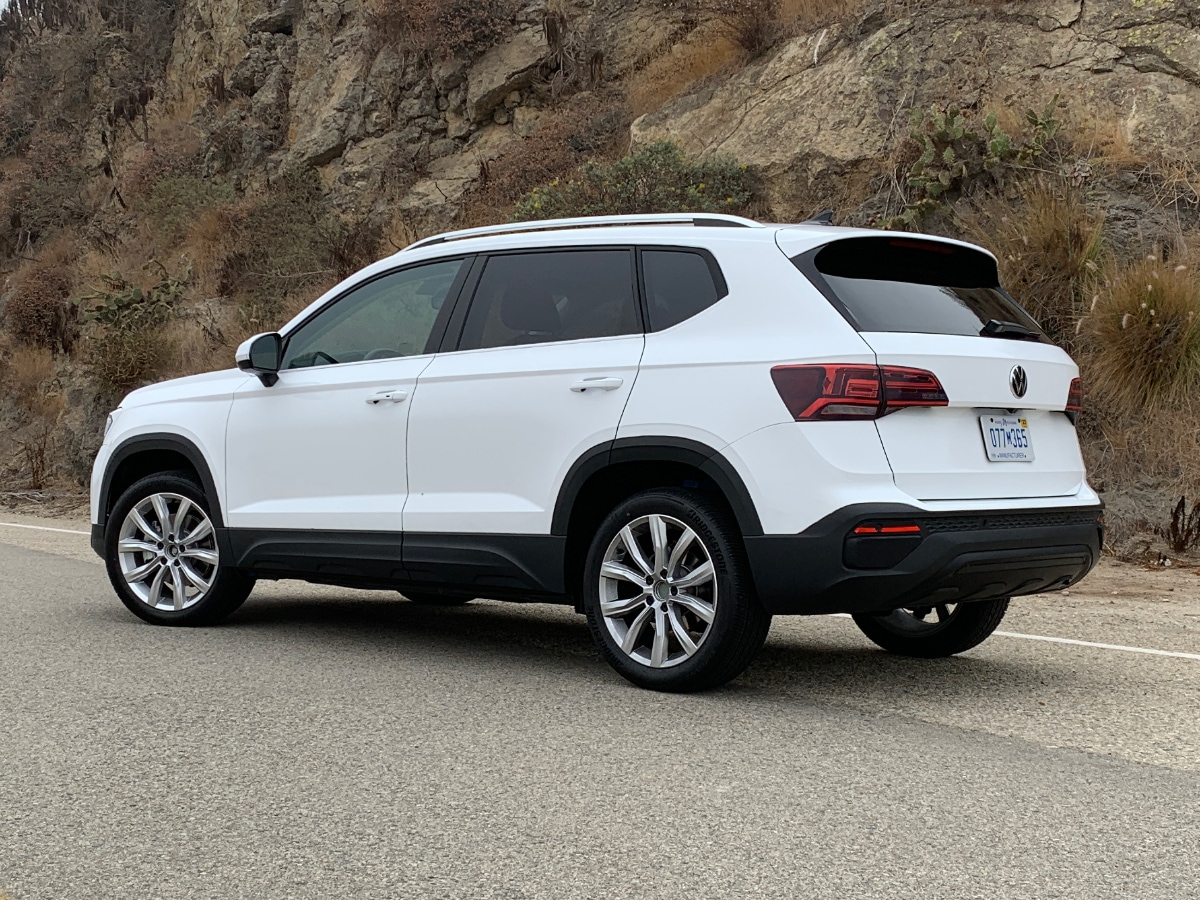 Accelerating onto a freeway, the Taos easily matches prevailing speeds before reaching the end of the on-ramp. When pushing hard on the accelerator to pass slower traffic, there is a momentary delay while waiting for the transmission to downshift. Then the Taos expediently scoots from 50 mph (80 km/h) to 70 mph (113 km/h).

The prototypes had a traditional console-mounted gear selector with a Sport transmission mode and paddle shifters for manual gear selection. Mainly, we used the standard Normal mode during a 32-mile (52-km) drive, getting 30.7 mpg (7.6 L/100 km) at an average speed of 36 mph (58-km), according to the Taos’ trip computer.

Generally speaking, the new Volkswagen Taos drives like most other VWs. The ride is compliant yet communicative, expertly controlling roll and vertical body motions without resorting to firm suspension tuning. The steering is light but crisp, without any on-center play when driving on a freeway or straight country roads. Brake pedal response is immediate but not sudden, offering easy modulation for smooth, drama-free stops.

Front seat comfort is terrific, and seat track travel is extraordinarily good. Tall people will fit into a Taos with no problem. The test vehicle had two-tone perforated leatherette and soft-touch material on the upper front door panels, and the leather-wrapped steering wheel was a delight to hold.

If you’re familiar with the original Tiguan, the Taos’s trunk will remind you of it. Interior storage is generous aside from the small center console bin under the fixed armrest.

An available Beats Audio premium sound system undoubtedly will appeal to younger Taos buyers. Digital Cockpit instrumentation and the latest infotainment technology are aboard the Taos, and the voice recognition system works well. However, in the prototypes it did not adjust the dual-zone automatic climate control temperature settings.

Volkswagen’s Travel Assist advanced driver-assistance system is available for the Taos. It worked smoothly and in subtle fashion on the freeway, encouraging rather than discouraging its use.

Based on this quick first assessment, the ’22 Volkswagen Taos will favorably compete against other small crossovers, pushing VW’s CUV sales mix even higher than it is today.

GM Rips Up Electric-Vehicle Rulebook With Hummer EV
May 04, 2022