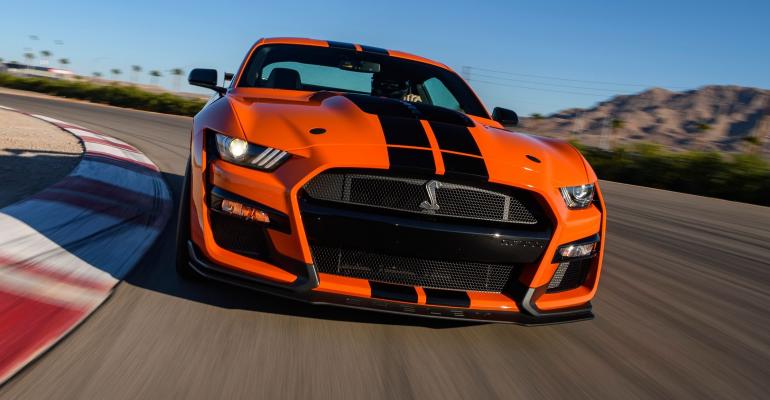 It’s not every day that a 760-hp pony car can tackle the dragstrip and daily commute with equal aplomb. Enter the Shelby GT500, a near-supercar with manners, but no manual transmission.

LAS VEGAS – You’d expect the supercharged Ford Mustang Shelby GT500 to be quick on a drag strip. You’d assume its enormous low-end torque and dynamic suspension would make it fast on a track.

But what’s surprising is how docile and roadworthy the ’20 GT500 is out on the open highway, where the car performs far more rationally than its prodigious numbers and racing pedigree might suggest.

We get the full monty during our daylong experience behind the wheel of the latest Shelby, touring through winding mountainous roads (with a 35-mph [56-km] speed limit and plenty of police presence – natch!), bucking a slight headwind on the drag strip at Las Vegas Speedway and running a road course with ample opportunity to let the GT500 unwind. 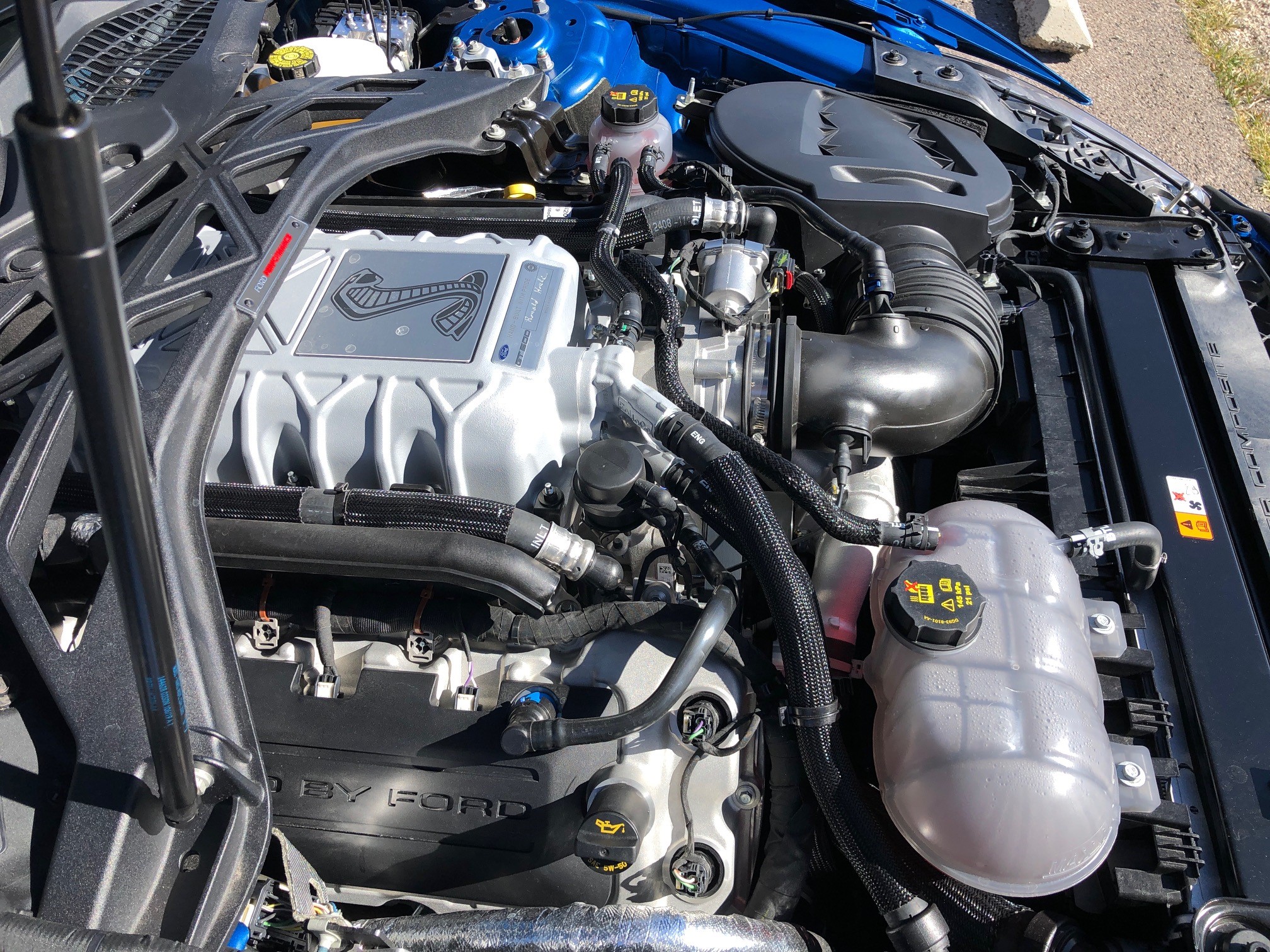 Unlike its lesser-powered but far rawer GT350 stablemate with its flat-plane crank and naturally aspirated intake, the GT500 runs a traditional cross-plane crank and breathes through an Eaton 2.65L roots-type supercharger to create a less-visceral but higher-tech engine sound.

And unlike the GT350 and its manual 6-speed, the GT500’s sole gearbox is transmission-specialist Tremec’s first-ever dual-clutch unit. The 7-speed ’box shifts in 80 milliseconds, Ford says, quicker than a driver could disengage the clutch in a standard trans.

All that power is routed hard to the rear wheels via a rigid, single-piece carbon-fiber driveshaft (vs. a two-piece in the GT350) to a Torsen 3.73 mechanically controlled, limited-slip rear differential.

The result is a near supercar with road manners that seems almost contrary to what one might expect in a car that traces its roots to the raucous race-bred original ’67 GT500. That first-gen model, powered by a 335-hp 7.0L V-8, only lasted until 1970, but was reborn in 2007 with the second generation 662-hp 5.8L V-8 model that was produced until 2014.

With this third-gen GT500, Ford Performance engineers set three objectives, says chief engineer Carl Widmann. The car had to be straight-line capable; it had to outhandle the track-bred GT350; and it had to drive like a street car when necessary. Based on our drives, in baseball lingo, Widmann’s crew went three-for-three.

Our morning on-road drive up and down nearby Mount Charleston reveals a comfortable cruiser, but with power to burn. As much as we strive to keep speed under control, we find it easy to slip into velocity well in excess of the limit on the smooth routes.

The electric power steering is centered and responsive without the GT350’s twitches and tramlining, the MagneRide suspension manages body control without being overly harsh, and the braking via massive 16.5-in. (420-mm) front discs and Brembo six-piston calipers (14.5-in. [370-mm] and four-piston Brembo rears) give the car seemingly unlimited stopping power.

At the driver’s fingertips are switches to modify the response of engine, transmission, steering, suspension, stability and traction controls and exhaust note.

On the drag strip, we sample line lock that clamps the front brakes to allow impressive burn outs, followed by drag-strip mode that gives even a novice quarter-miler a controlled launch and impressive 11.4-second, 126-mph (203-km) times.

We wrap up the day with hot laps on a technically advanced road course with little camber on corners, but the GT500 handles the high-speed straights and stays planted on quick chicanes and hard decreasing-radius corners. This car truly makes a weak driver stronger and makes a strong driver feel nearly superhuman.

“It flirts with what a supercar feels like, but it’s still a Mustang,” Widmann says. 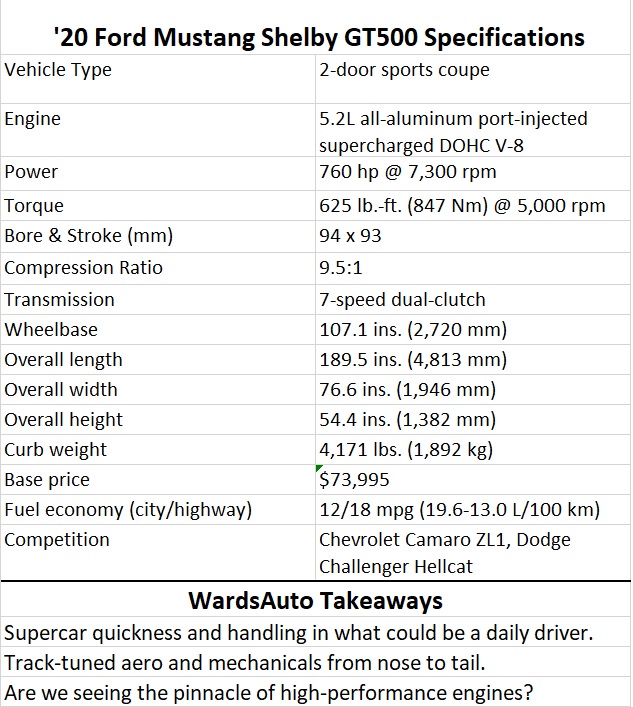