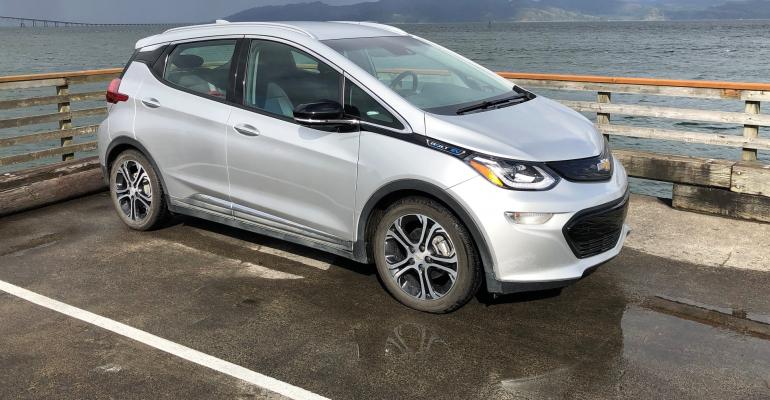 Chevy’s diminutive Bolt EV gains an extra 20 miles of range while keeping all the good stuff essentially the same. Is it enough to sustain EV sales growth for General Motors?

PORTLAND, OR – The trip odometer in our ’20 Chevrolet Bolt EV spins past 238 miles (383 km) traveled, and we still have a few miles to go to our destination.

“Dead,” says my co-driver, noting that previous iterations of Chevy’s little BEV hatchback likely would’ve run out of juice at around this point. But not this year’s model, which packs an extra 6 kWh in its now 66-kWh lithium-ion battery pack, giving the latest Bolt an extra 20 miles (32 km) of driving range.

While that might not sound like a major upgrade, on our circuitous route south from Seattle to Portland that extra bit of power means the difference between completing the drive on a single charge or stopping along the way and cooling our heels during a minimum 30-minute recharge.

To be clear, we are the only pair to finish the drive without topping off the electrical tank. But in fairness to others on the program, our ranks include an owner of a ’17 model Bolt and yours truly, a former first-gen Volt PHEV owner. So, we have no shortage of experience getting the most mileage out of a car’s available electrons. 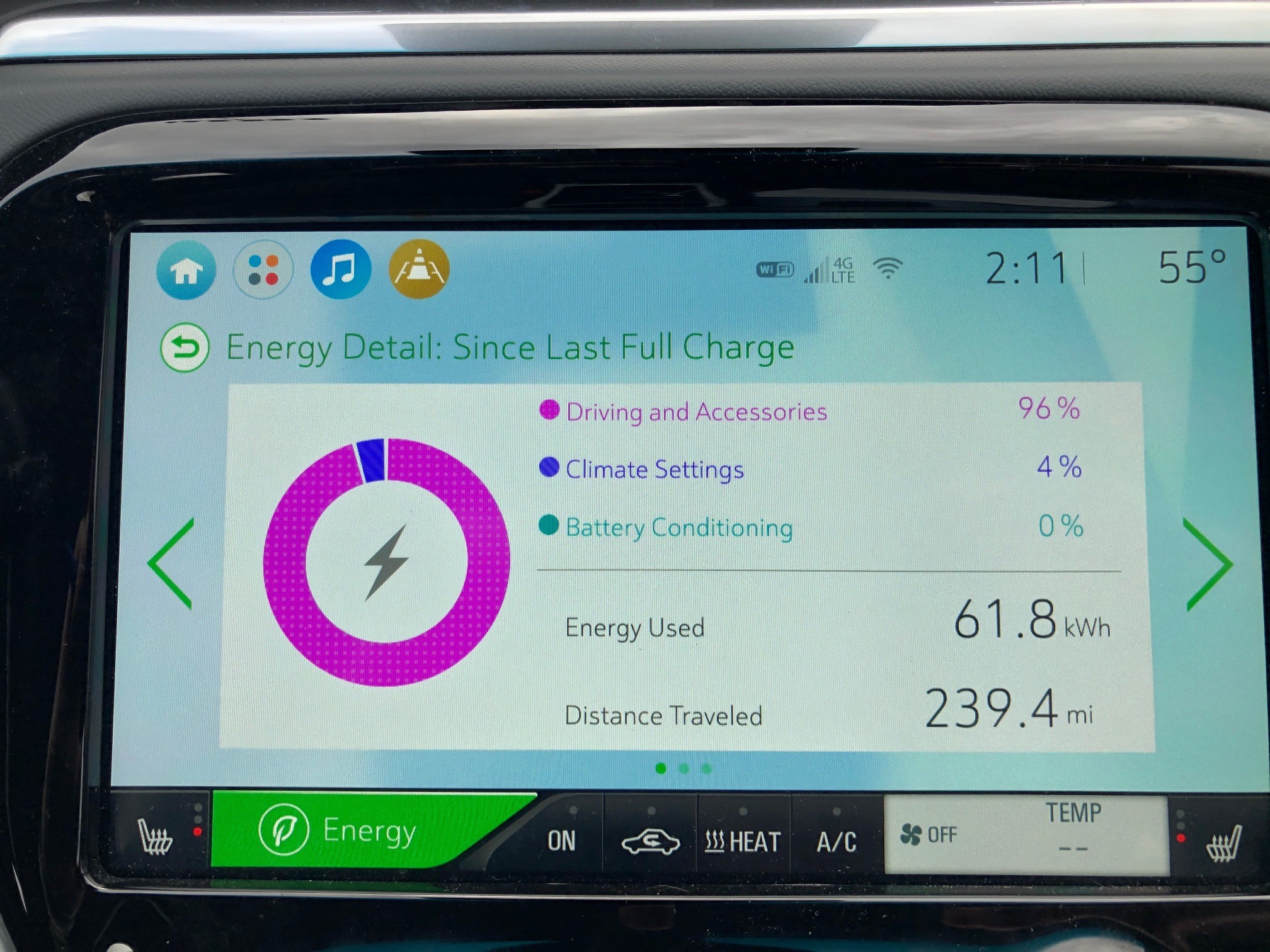 The ’20 Bolt’s extra range comes as a result of some fairly low-key chemistry modifications to its cathode and anode materials in its batteries, requiring no changes in battery-pack space or mounting hardware.

Non-powertrain modifications are minimal: a revised front fascia; high-definition rear and 360-degree cameras; a camera-display rear-view mirror; and a system that generates sound from external speakers in the front and rear of the vehicle to alert pedestrians. 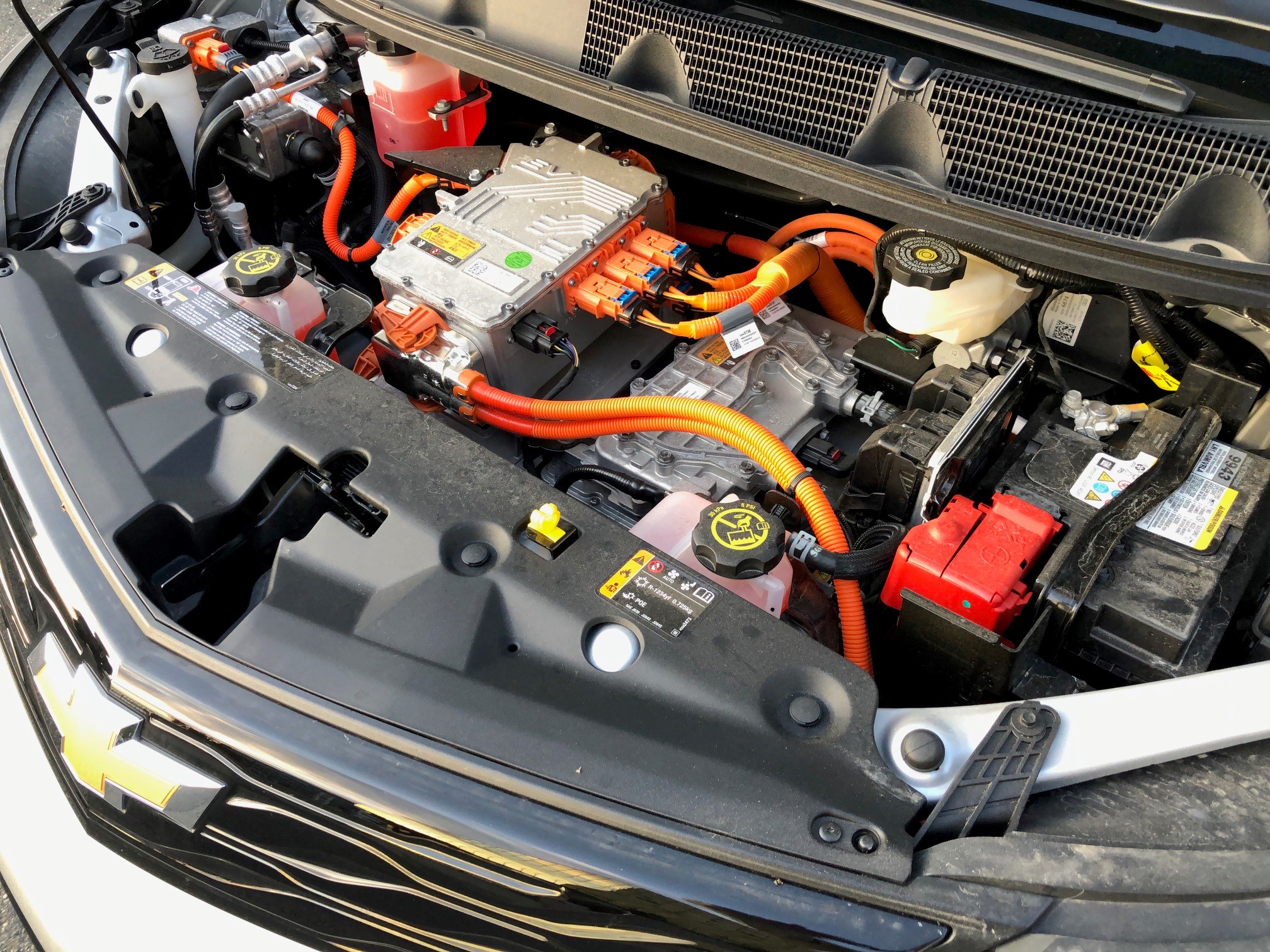 In our drive, in weather that swings from sunshine to torrential rain, the Bolt performs flawlessly as we carefully monitor average kilowatt usage per mile, remaining battery charge and miles to go. We start with a full charge, giving us up to 259 miles (417 km) of range, which we are able to extend via regenerative braking and careful management of cabin ventilation to avoid significant power losses to air conditioning or defogging.

General Motors is doubling down on Bolt, expanding availability of the current model outside the U.S. to South Korea, Canada and other global markets and promising an announcement by year-end of a second, non-Chevy model based on the Bolt EV architecture. GM in March announced a $300 million investment at its Orion (MI) Assembly plant to build the second model.

At home, the Bolt remains the non-Tesla BEV leader, despite a sales dip in 2018 as the company redirected volume to global sales. Deliveries were up 11% to 13,111 units through the first nine months of 2019, leading competitors including the BMW i3, Hyundai Kona, Kia Niro, Nissan Leaf and Volkswagen Golf electrics (see below for a comparison of estimated ranges).

While an extra 20 miles might not be enough to persuade existing Bolt owners to swap out to the latest model, pushing ahead of the EV field without a boost in the base price of $37,495 might be the extra incentive needed to bring potential EV buyers into the GM fold. 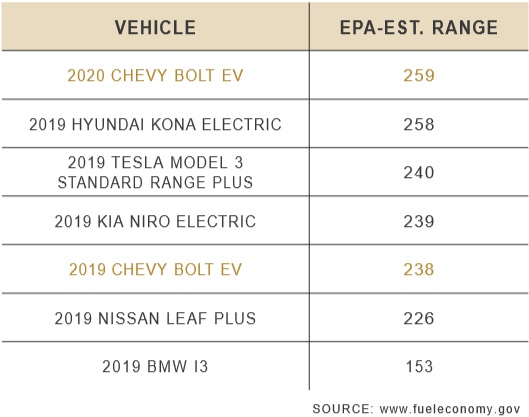