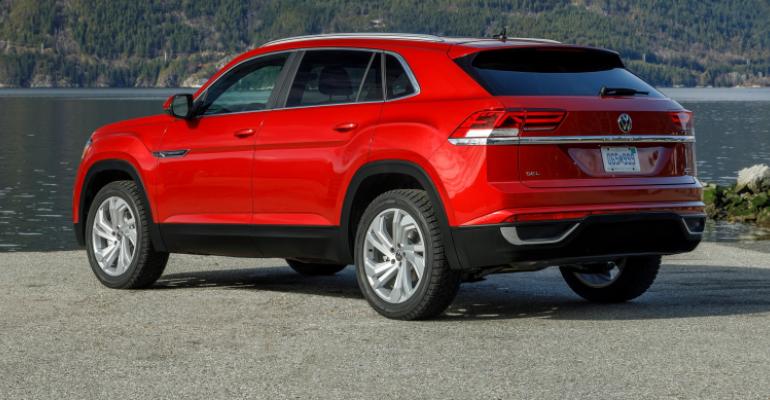 WHISTLER, BC, Canada – Finally, the missing piece of Volkswagen’s product puzzle falls into place with the Atlas Cross Sport, a two-row version of the larger Atlas that arrived a few years ago and has done well in the Large CUV segment as tracked by Wards Intelligence.

The Atlas closed 2019 with a respectable 81,508 U.S. deliveries (up 39% from prior-year), putting it fourth in the segment but still outselling Nissan Pathfinder, Mazda CX-9 and Buick Enclave.

But the real volume is found in the Middle CUV segment, which has more than twice as many entries and totaled 3.6 million units in 2019.

Until now, the Tiguan was VW’s only entry in this sector, finding 109,572 customers in 2019, up 22.5% from the prior year. But Wolfsburg knows there’s more opportunity in this red-hot segment where the Chevy Equinox, Honda CR-V and Toyota RAV4 each topped 340,000 deliveries last year.

Shoppers who have experienced the Atlas will find the smaller Atlas Cross Sport to be quite familiar: The instrument panel and cockpit layout are identical, although the Cross Sport now integrates updated driver-assistance features, which will appear later this year in the refreshed ’21 Atlas.

Without a third row, the second-row seats are moved rearward slightly for more legroom, and yet the rear cargo hold remains cavernous, even with the steeply raked rear window and liftgate.

The Atlas and Atlas Cross Sport have the same wheelbase, but the Cross Sport is 5.2 ins. (132 mm) shorter. Both vehicles come from VW’s MQB platform.

On sedate mountain roads north of Vancouver, the Atlas Cross Sport feels lighter and slightly more nimble than the Atlas, and its handling attributes are competitive for the segment. 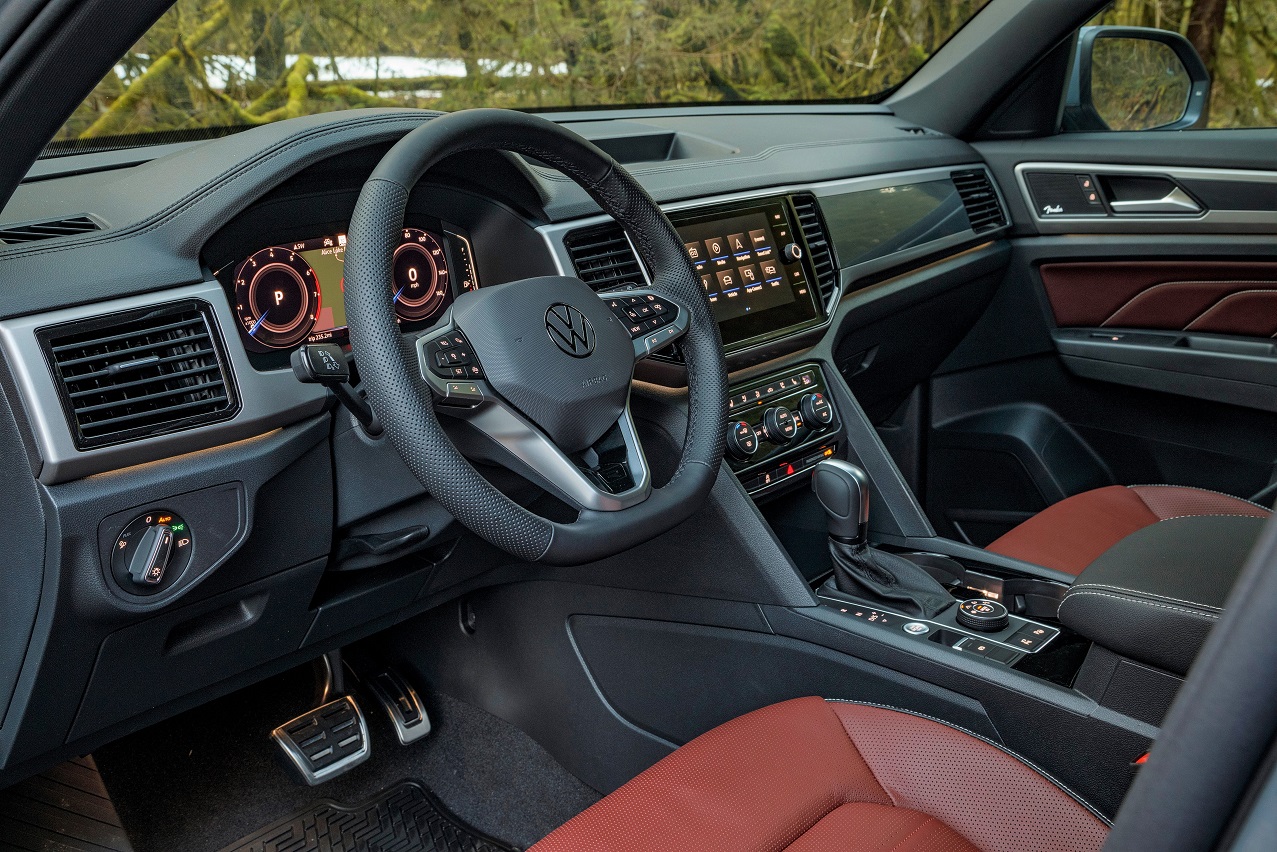 4Motion all-wheel drive has been available on the Atlas, but only with the V-6. The Atlas Cross Sport now offers AWD with the 4-cyl., which product planners expect will boost the 4-cyl. take-rate.

Because AWD was offered only with the V-6 in the Atlas, some 90% of shoppers have been choosing the larger engine.

The interior of the Cross Sport carries over many of the styling cues of the larger Atlas, but a bold new burgundy shade is available on seats and door trim for those customers seeking an alternative to gray, beige or black.

A new steering wheel also appears in the Cross Sport, which will be a contender for the 2020 Wards 10 Best Interiors competition, now under way. 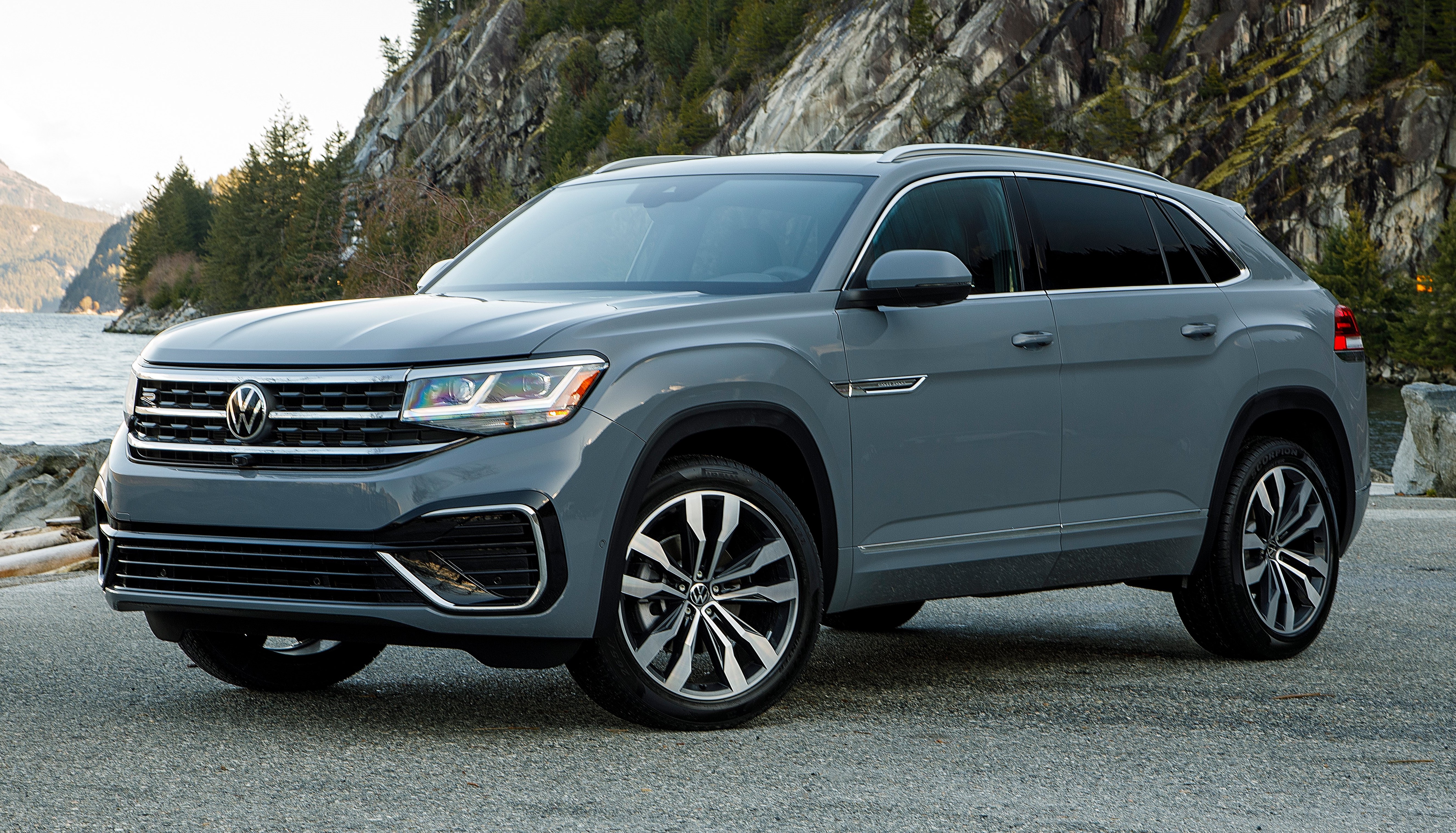 VW expects the new midsizer to be cross-shopped most often with Chevy Blazer, Ford Edge, Jeep Grand Cherokee and Nissan Murano – all vehicles on the larger side of the segment.

Pricing starts at $30,545 for an S-trim front-drive 4-cyl., which fits neatly among the rivals: slightly less expensive than Edge, Grand Cherokee and Murano but more than Blazer.

One might expect younger families to be interested in the Atlas Cross Sport to save a few bucks. But VW planners are expecting the Cross Sport to be popular with older shoppers who have driven three-row utes previously and are looking to downsize slightly while retaining the functionality. 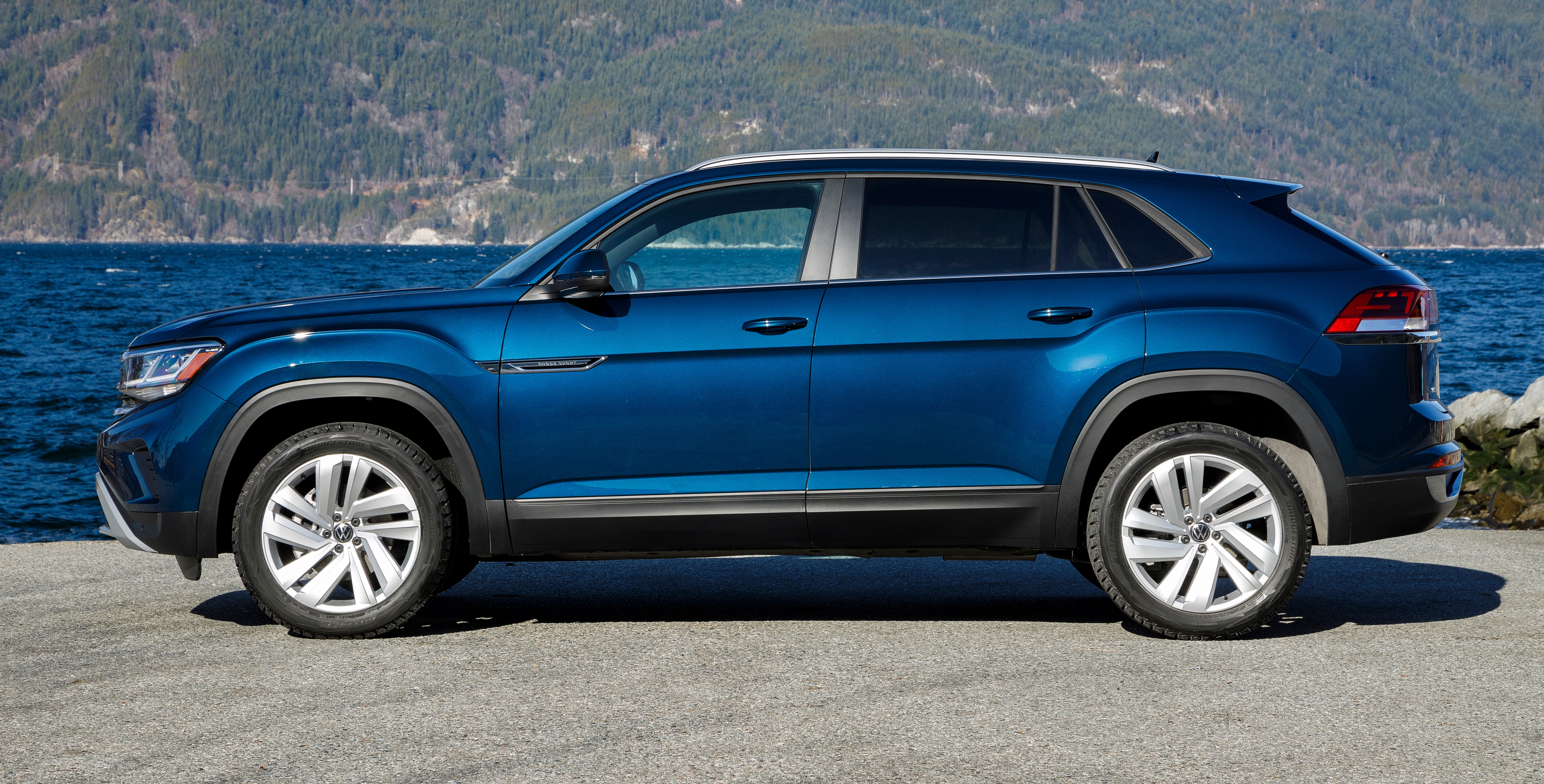 Arriving at showrooms in March, the Atlas Cross Sport comes from VW’s plant in Chattanooga, TN, which also assembles the Atlas and Passat sedan. 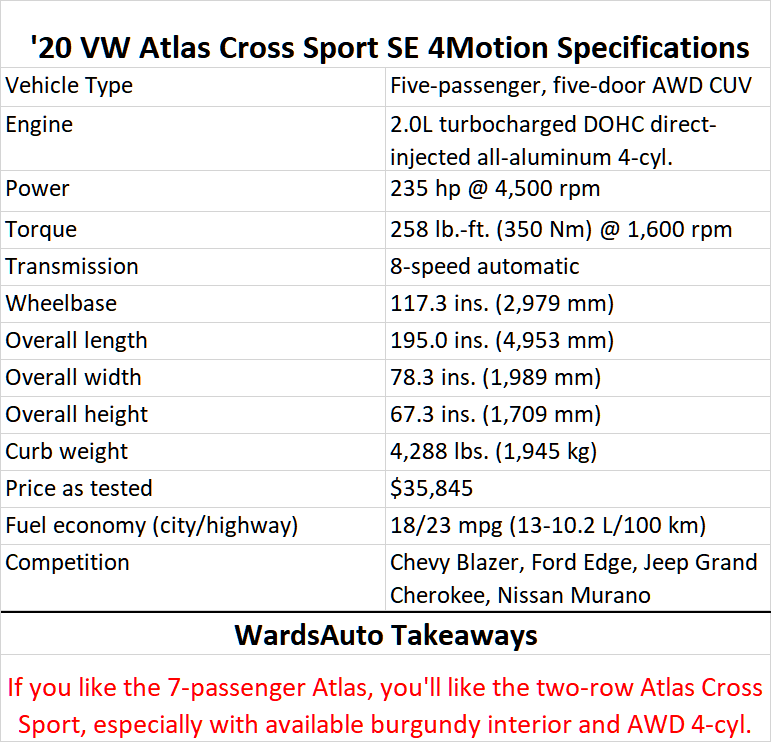