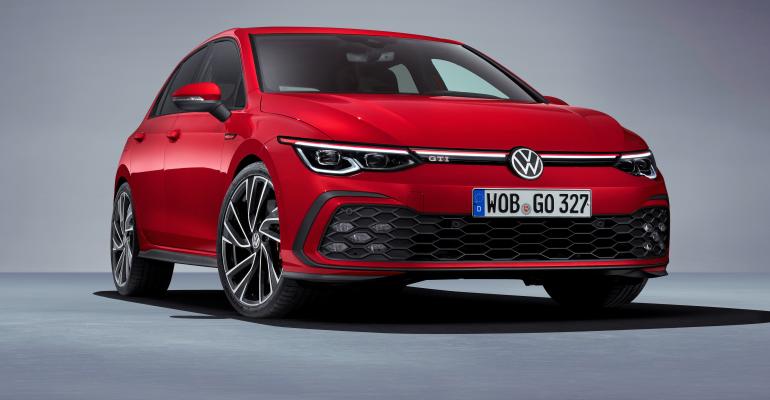 A team working on the upcoming Golf R is getting involved with R-line models for electric powertrains, a VW executive says, but for now the automaker is keeping its Golf focus on gas-powered performance models in North America.

As Volkswagen introduces more battery-electric vehicles in the coming years, the brand's gasoline-powered performance lineup will be adjusting as well.

Europe already has been able to taste the GTE, the plug-in hybrid version of the most recent Golf, but that model never made it to the U.S. For the upcoming eighth-gen Golf, the U.S. probably once again will miss out on the PHEV, but the Mark 8 GTI and Golf R will reach the U.S. before the battery-electric performance race heats up here.

“We are all aware that the ID.3 (BEV) is on the way in Europe, and that is, in terms of exterior dimensions, not too far off the Golf,” says Hein Schafer, VW of America’s senior vice president- product marketing and strategy.

“I think in terms of performance and electric cars, we do want to try and find something that can potentially, into the future, carry some of the success that we’ve got with the GTI.”

A team working on the upcoming Golf R is “slowly and surely” getting involved with R-line models for electric powertrains, Schafer says, but for now VW is keeping its Golf focus on gas-powered performance models in North America. 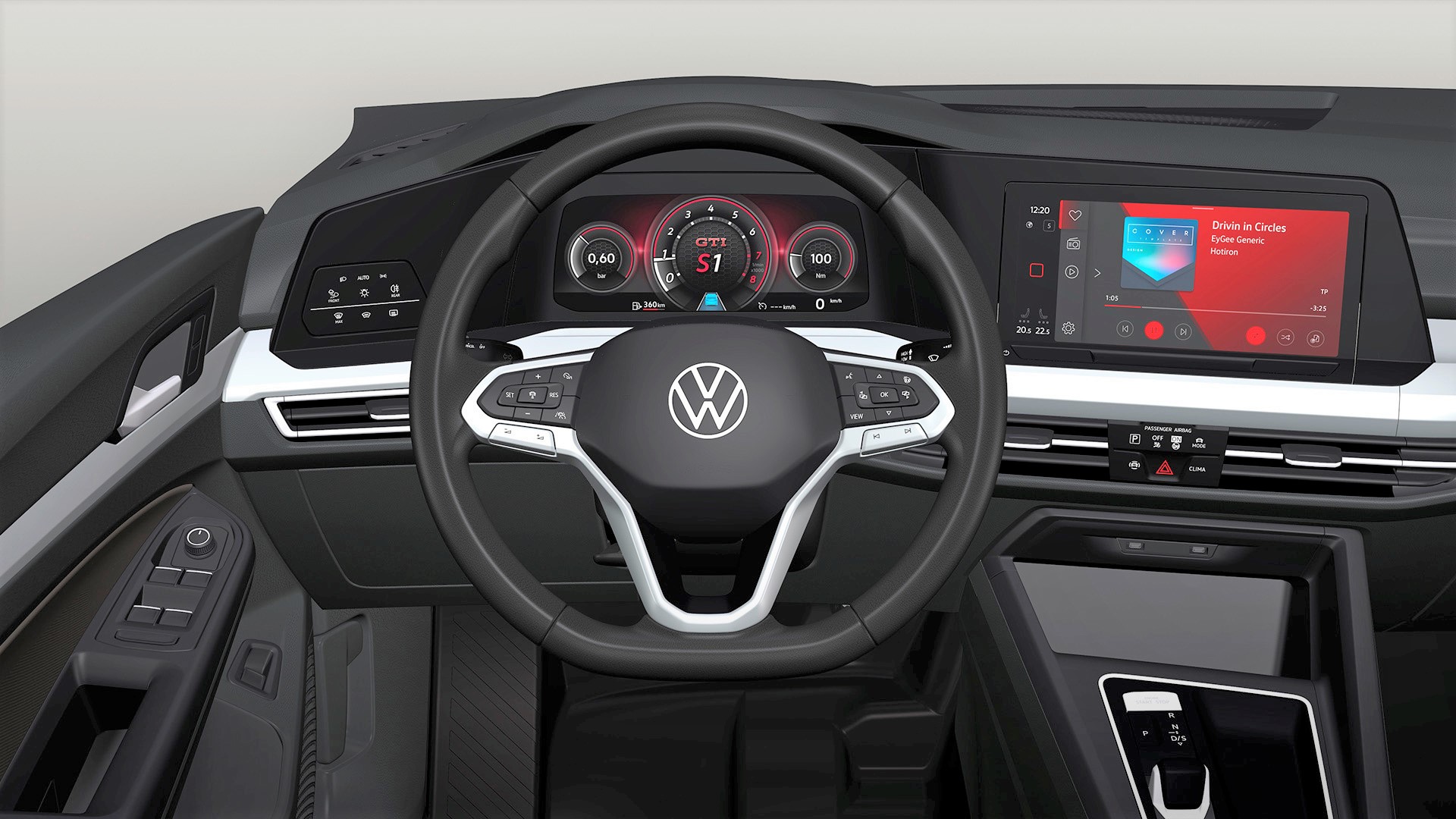 That’s because almost 45% of the seventh-gen GTI’s global sales were in the U.S. and Canada. As the lead market for the vehicle, North America was fully in mind as VW planned the Mark 8, according to Golf product manager Megan Closset.

That means available 19-in. aluminum wheels with summer performance tires direct from the factory in Wolfsburg, Germany (18-in. wheels with all-season tires will be standard in the U.S.). The new Golf will be powered by a 2.0L turbocharged direct-injection TSI 4-cyl. that produces 242 hp and 273 lb.-ft. (370 Nm) of torque.

Improved MacPherson front axles and multilink rear axles were designed to increase driving precision, VW says, and the new GTI will come standard with a 6-speed manual transmission or optional 7-speed dual-clutch automatic. The seventh-gen GTI had around a 40% manual take rate in the U.S., so VW is keen to offer that on the new version as well.

Inside the Mark 8 Golf (above) is a redesigned, heated GTI steering wheel and a 10.25-in. (26-cm) digital dashboard screen with a 10-in. (25-cm) navigation system as part of VW’s new Innovision Cockpit. There also will be a GTI-specific lighting mode mixed in among the 30-color interior lighting options.

Standard safety features include lane assist, autonomous emergency braking with pedestrian and cyclist monitoring and park assist, with travel assist as an option.

Even with all these updates, the Mark 8 GTI is going to look like you would expect, including features such as dual chrome tailpipes, red brake calipers, sideview mirrors with puddle lights and chrome and red GTI badges.

“Everything you’ve come to expect as standard has been evolutionized rather than revolutionized. It is, after all, a GTI,” Closset says. “We do play it a little bit safe when it comes to the design, but you would never want to mistake it for anything other than Volkswagen’s iconic, sporty hatchback.”

Under the current schedule, the Mark 8 GTI and new Golf R will not arrive in the U.S. until the end of 2021 as 2022 model-year vehicles. VW says the timing could change if the COVID-19 pandemic forces a delay. While CUP special editions of the Mark 8 Golf are not out of the question for the U.S., it is unlikely that the standard eighth-generation Golf will be sold here (Canada remains a possibility) because the cost would be too close to VW’s CUV lineup.

To that end, VW is not ready to announce the price of a vehicle that’s still a year away, but Closset does say VW is highly sensitive to customer needs.

“The GTI and Golf R have always been positioned at somewhat of a premium,” she says. “However, we also know that VW is not a luxury model in the U.S. and rest assured it will be positioned appropriately.”