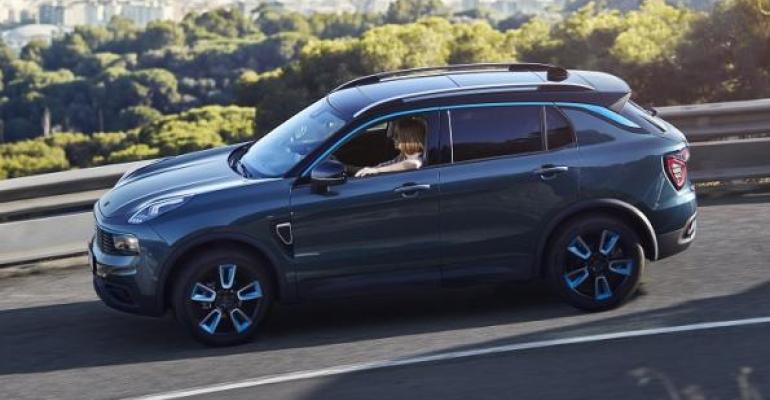 Volvo Cars to Make ‘Smartphone on Wheels’ in Belgium

&ldquo;We see a big potential for this new brand entering the European market, and we are happy to give Lynk &amp; Co. the support of Volvo&rsquo;s technological and industrial expertise,&rdquo; Volvo President and CEO H&aring;kan Samuelsson says.

Volvo Cars is to build cars for the new brand Lynk & Co. at the Swedish automaker’s  manufacturing plant in Ghent, Belgium, starting in late 2019.

The move comes after Volvo acquired a 30% stake in Lynk, launched in 2016 as a new volume brand by Zhejiang Geely, owner of Volvo. Geely Auto owns 50% and Zhejiang Geely Holding 20%.

Volvo President and CEO Håkan Samuelsson says in a statement that by providing Lynk with production capacity at its Ghent plant, Volvo is backing the expansion of the new brand in Europe and further diversifying its business.

“We see a big potential for this new brand entering the European market, and we are happy to give Lynk & Co. the support of Volvo’s technological and industrial expertise,” Samuelsson says.

Joint production with Lynk is expected to have a positive effect on cost levels, employment and production volumes at the Ghent plant, while generating further economies of scale related to the compact modular architecture used by both Volvo and Lynk.

The collaboration comes after the transformation of Volvo’s business in recent years.

It is reinventing itself as a diversified, modern car company that includes its electrified performance arm Polestar, a software startup, a car subscription business, the stake in Lynk and a technology-sharing joint venture that creates synergies within the wider Volvo Car and Zhejiang Geely Holding groups.

Ghent is one of two car-manufacturing plants operated by Volvo in Europe. It produces the XC40, Volvo’s first entry in the small CUV segment, the V40 and V40 Cross Country hatchbacks and the S60 sedan. It soon will begin building its all-new V60 5-door midsize wagon revealed in February.

“We will manufacture in Europe, for Europe, focusing initially on hybrid-only electrified derivatives of our new range of cars,” he says.

Lynk’s first European store will open in Amsterdam, followed by locations in Barcelona, Berlin, Brussels and London. The stores will be located in central fashion districts as easy-to-navigate, sociable and fun brand boutiques, the company says.

Supporting the city stores in Europe will be the online store at Lynkco.com, the hub of the business in Europe, along with pop-up stores that will visit other European cities weekly.

Visser says Lynk has abandoned the traditional automotive concept of base models, entry points and endless option lists. Inspired by the worlds of fashion and technology, trim levels and options are replaced by a simple selection of fully equipped, one-price collections.

At the core of the brand is connectivity. Customers get a range of connected technologies in the vehicles, from a sharing function with the world’s first in-car share button to wireless charging.

Described as a smartphone on wheels, all Lynk models will come with a large central touchscreen and advanced telematics systems always connected to the Internet and the car’s own cloud.