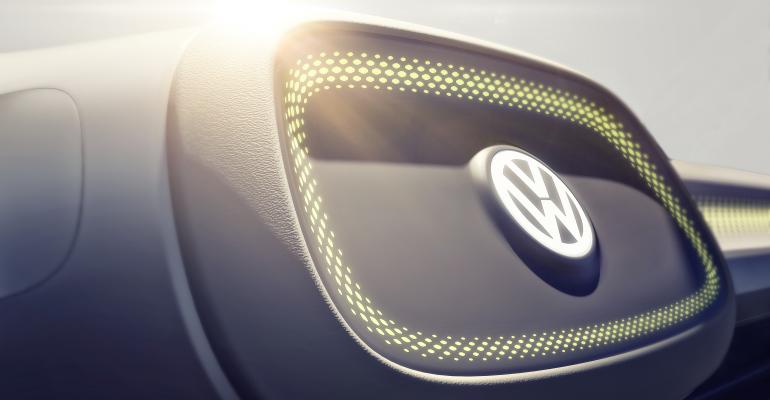 Intended to bridge the gap between one of Volkswagen&rsquo;s most admired models and a future electric-car lineup, the multi-seat concept is described as featuring outstanding accommodation and an extended electric range.

Volkswagen taps the iconic design and versatile layout of its original Microbus for inspiration in the second of what Wolfsburg officials suggest will be a series of new self-driving electric-powered concept cars to be unveiled in 2017.

Pictured in a series of teaser photographs ahead of a world premiere at the upcoming North American International Auto Show in Detroit, the new concept is based on Volkswagen’s MEB (Modularen Elektrifizierungsbaukasten or modular electrified architecture) platform first unveiled underneath the I.D. hatchback at the Paris auto show last September.

Intended to bridge the gap between one of Volkswagen’s most admired models and a future EV lineup, the multi-seat concept is described as featuring outstanding accommodation and an extended electric range.

The three photographs released so far by Volkswagen reveal the front- and rear-end styling treatment of the new concept, which receives distinctive horizontally positioned LED headlamps and taillamps similar to those adorning the I.D. hatchback.

Among the exterior design elements that harken back to the Microbus is an upright front end with what appears to be an almost vertical windshield and minimal overhang. It supports a large illuminated VW badge and V-shaped feature line that recall the detailing of Volkswagen’s original MPV. Further cues include a multi-window glasshouse, sheer unadorned flanks and an upright rear.

One of up to five advanced zero-emissions models being considered for production as part of the German automaker’s recently announced Future 2025 plan that targets up to 500,000 EV sales by the middle of next decade, the second I.D. concept features a drivetrain with two electric motors and all-wheel-drive capability.

Volkswagen is holding back on further details on the drivetrain for the Microbus-inspired concept. However, it confirms the new MPV will receive connectivity and autonomous-driving functions similar to those on the original I.D. concept.

Included is a retractable steering wheel, which is depicted on one of the teaser photographs of the new concept. When activated via a touch-sensitive pad, it triggers the autonomous driving functions that use laser scanners, ultrasonic sensors, radar sensors and digital stereo cameras before retracting to provide the driver with greater space.