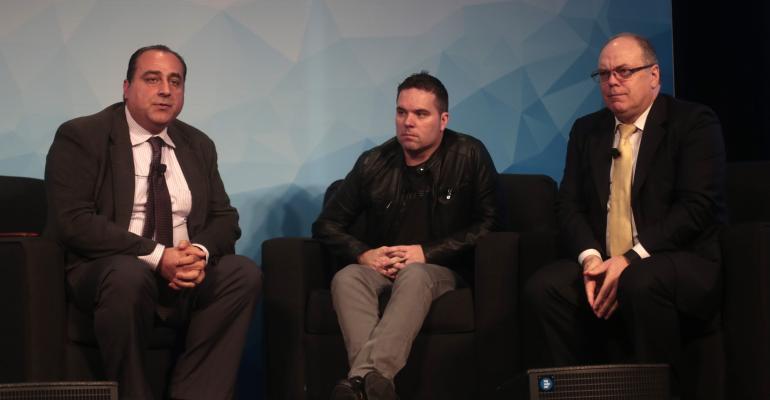 Displays, for example, will get larger and resolutions will become richer, while driver information will move from the dashboard and instrument panel to a sophisticated head-up display.

NOVI, MI – User experience designers and engineers and have message to the industry: You ain’t seen nothin’ yet.

Displays, for example, will get larger and resolutions will become richer; driver information will move from the dashboard and instrument panel to a sophisticated head-up display; haptic feedback from touch controls will proliferate and systems will react much faster; voice controls will perform better; and cloud computing will close the gap between what consumers can do with devices and what they can do inside the car.

And all those new and improved elements will come together as a single unit, says Hans Hiebl, executive vice president-Infotainment & Connectivity Business Unit at Continental.

The holistic HMI is a reflection of how digital lifestyles, where smartphones and other handheld devices have become globally accepted, are reshaping the vehicle, Hiebl says. Today’s technology, he adds, only scratches the surface of the revolution that awaits the in-vehicle user experience.

China is leading the world in the demand for larger, richer resolution display screens, he says.

“Economy cars there are expected to have 12-in. (30-cm) HD screens, (demand) that we don’t see elsewhere yet in other parts of the world,” Hiebl observes.

A more seamless design also is coming, he adds, where devices connect more easily to the vehicle, while haptic feedback from display screens will at least perceptively reduce system reaction times until they actually do become faster-acting.

“Haptic feedback is a major trend we see coming,” he says.

Perfumes, which luxury automakers such as Mercedes-Benz and BMW are beginning to implement in their vehicles, will become more pervasive.

“It has potential for differentiation,” Hiebl says.

Other hot new technologies coming down the pipe or seeing notable improvement include driver monitoring, which will play a big role in the rollout of autonomous driving; augmented reality to bring more information from the dashboard and IP to the HUD; and functional sounds beyond seatbelt chimes to alert drivers to safety risks.

Lighting will play a bigger role in helping drivers locate items and keep their eyes on the road, while cloud computing allows for broader deployment of over-the-air updates so automakers can upgrade an owner’s vehicle to improve the user experience.

Brad Gieske, manager-User Experience Design at FCA US, says the Italian-American automaker is approaching the user-experience revolution with a focus on safety and meaningful, context-based information connected to the real world.

For example, the driver information center of its vehicles eschew a central menu in a favor of a scroll-up, scroll down and left-to-right maneuver to toggle through safety, performance and infotainment options.

“It keeps your eyes on the road and your hands on the wheel,” he says.

“You don’t have to do anything if you don’t want to,” Gieske adds. “You can just get in the car and drive.”

FCA takes that central idea, or “Where we make the secret sauce,” Gieske says, and then disseminates and tailors it to the automaker’s brands.

At Dodge, the emphasis is on performance, with lots of connectivity and information directed at the driving experience, such as performance and power options and g-force meters.

Chrysler targets sophistication with a family focus, evident with the new Pacifica minivan where windows let in generous natural light, infotainment options have a gaming element and the navigation system includes an “Are We There Yet” command.

“We wanted to create a lounge, like you would be in your home,” Gieske says.

At Jeep, the automaker strives to combine luxury with off-road adventure, exemplified in an interior concept presented at last year’s Shanghai auto show and CES earlier this year. The Jeep Galileo demonstrates how in the future the brand intends to use a concierge to mesh urban connectivity, such as commands for on-demand traffic and media, with off-road features like a social connection to invite other Jeep enthusiasts to join in a driving adventure.

But how does an industry so bent on providing consumers with the latest, greatest technologies keep from getting out over their skis?

“You have stick to the philosophies that you have as a company,” Gieske says. “We have to be intelligent about what offer and when we offer it.”

Hiebl says so far most of the industry’s work around the user experience has centered on mitigating driver distraction created by the smartphone. So it must be easier to pair devices with the car so people use Bluetooth more often and more information must migrate to the HUD.

“The more information that is there, the fewer places you have to look for it,” he says.