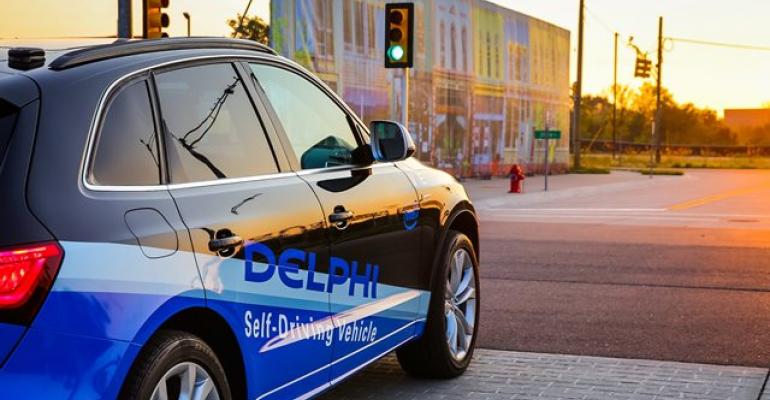 The guidance clears the way for automakers and suppliers to test autonomous systems on the open road without obtaining regulatory permission and clarifies the role of federal and state bodies.

U.S. Department of Transportation Secretary Elaine Chao releases a new set of federal autonomous-vehicle guidelines for the industry and state governments to follow in the pursuit of bringing fully automated cars and trucks to the nation’s roadways.

The voluntary guidance is considered more flexible than those offered under the Obama Admin. and appear to follow President Trump’s pledge to ease some regulatory regimes to stimulate the economy.

For example, the guidance clears the way for automakers and suppliers to test autonomous systems on the open road without obtaining regulatory permission and clarifies the role of federal and state bodies on the issue: NHTSA will regulate vehicle safety and equipment, while states will be responsible for drivers and vehicle operation.

Chao notes 94% of crashes occur from human error and thinks AVs could save “tens of thousands of lives” from the estimated 35,000 highway fatalities annually, a number that rose 7% last year after back-to-back declines in 2015 and 2014. Motorists, meanwhile, spend 6.9 billion hours in traffic each year, costing an estimated $300 billion in time and fuel.

“Reclaiming this money will put more money in taxpayers’ wallets and give them more quality time,” she says during remarks at the MCity autonomous test track on the campus of the University of Michigan in Ann Arbor.

“In addition to safety, ADS technology offers important social benefits by improving access to transportation, independence and quality of life for those who cannot drive because of illness, advanced age or disability,” she adds.

Chao says the guidance will align regulatory timetables with the historically faster pace of technology innovation. She says it is not a static document, either. The guidelines already are being tweaked by regulators with feedback from the industry and AV users for a version 3.0 expected in 2018.

Automakers and suppliers, which foresee huge profit potential for AVs, favor the softened guidance from Trump.

Mitch Bainwol, president and CEO of the Alliance of Automobile Manufacturers, a Washington lobbyist for the industry, says the revised policy helps remove regulatory hurdles to autonomy.

“This is about going on offense,” Bainwol says.

Mark Riccoban, president-National Association of the Blind, also speaks at the event, reminding the industry and lawmakers of the role AVs can play for people with disabilities. They can soon look forward to equal access to transportation, he says.

“We should build vehicles without the artificial barriers of the past,” Riccoban says.

Jim Zizelman, vice president-Engineering at supplier Delphi, calls the guidelines a positive first step in AV regulation and expects them to accelerate implementation of the technology.

He says U.K.-based Delphi, which is conducting the world’s largest deployment of automated test vehicles in Singapore and recently piloted a self-driving car across the U.S., likes the idea of getting test vehicles on the road without seeking approval.

The guidance comes on the heels of bill passed unanimously last week in the U.S. House of Representatives to speed the deployment of AVs by prohibiting states from blocking their rollout. Automakers have long complained of how state laws often undercut federal rules, such as with fuel-economy standards, and can force them to make products to fit different markets at higher costs.

A similar bill was introduced Friday in the Senate.

Chris Grigorian, a partner with the international law firm Foley & Lardner who represents automaker and suppliers on NHTSA requirements and other safety issues, sees the actions by Congress and the White House in recent days clearing the way for mass levels of AV testing. 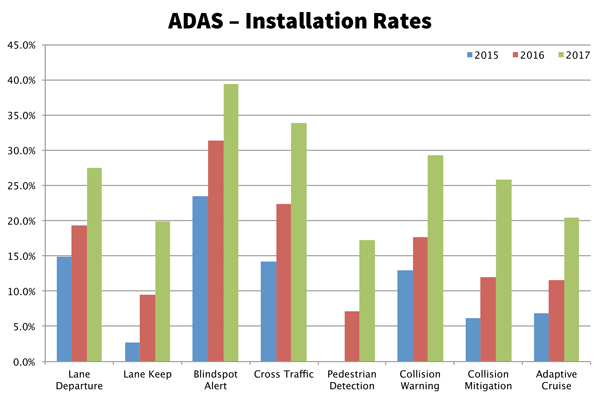 “These provisions provide welcome clarification of the roles of federal and state governments in the regulation of automated vehicles,” he says.

“(They) will facilitate larger-scale deployment of automated vehicles across a variety of real-world driving environments and conditions,” Grigorian offers. “This is critical not only for ensuring continuous improvement of these technologies, but also for fostering consumer acceptance.”

Chao says ultimately it will be up to consumers whether AVs are successful, but installation rates for advanced driver assistance systems, which are the building blocks of AV technology, are soaring. According to WardsAuto data, the penetration of lane-keep systems alone on light vehicles in the U.S. is nearly 20% through mid-2017, up from less than 5% two years ago. Collision mitigation technology appears on more than 25% of LVs, up from 6% in 2015.

A new study from the consultancy AlixPartners finds favorable sentiment in the U.S. for the technology, although not everyone is sold on the idea.

According to a survey of 1,500 American drivers, 29% express interest in buying an AV and would be willing to pay an incremental $2,600 more on the price of a car for the opportunity.

Among those consumers, 20% say they would buy an AV in the first year of availability and pay $3,500 or more.

At the same time, 49% of consumers surveyed currently do not feel confident in the ability of an AV to navigate them safely. Most fear a malfunction in vehicle software, a key factor that has led to a flurry of partnerships, or outright acquisitions, between automakers and software companies with AV expertise.

“When it comes to autonomous vehicles, traditional auto companies and suppliers have a big, two-front battle ahead of them: educating the consumer about AVs and figuring out how to compete in the software end with highly-advantaged tech companies – or partner with them when that makes more sense,” says Mark Wakefield, global co-head-Automotive and Industrial Practice at AlixPartners.

“Either way, traditional auto will have to undertake massive operational and organizational changes to afford the autonomous-vehicle investments, be successful with partnerships and not get left out of the profitable parts of the new automotive ecosystem,” he says.