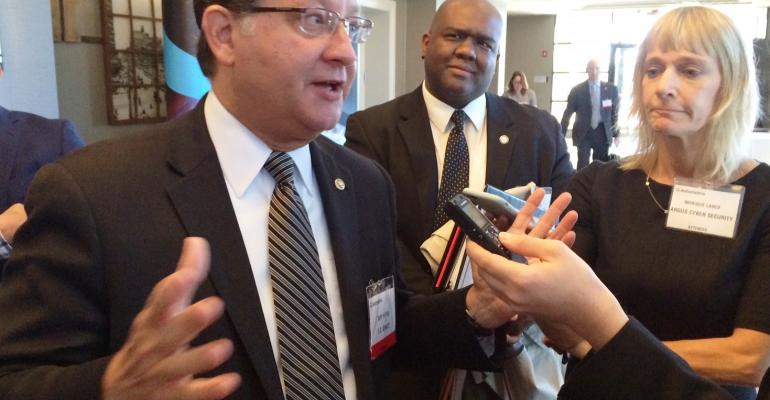 The lab would be located at a former General Motors manufacturing site near Detroit and designated for development as an $80 million automated-vehicle testing facility.

NOVI, MI – U.S. Sen. Gary Peters wants to establish a national laboratory for automotive cybersecurity, preferably in Detroit, to lift expertise in the field to fight off threats from potential hackers.

The first-term Michigan senator wants the lab located at a former General Motors manufacturing site and historic World War II-era bomber-building facility in Ypsilanti Twp., about 20 minutes west of Detroit. Locally called Willow Run, the 332-acre (134-ha) site has been designated for development as an $80 million automated-vehicle testing facility to complement a newly minted 60-acre (24-ha) research site at the University of Michigan already weighted down by the demands of the college, nearby OEMs and suppliers.

Peters, who wields weight in Washington as a member of the Senate Committee on Commerce, Science and Transportation overseeing auto safety, thinks a lab dedicated to cybersecurity would be a logical extension of Willow Run.

“No question, we need a national facility,” Peters tells a cybersecurity forum here hosted by U.K.-based TU Automotive, like WardsAuto, part of the Penton media group. “These exist in other parts of the world and we have to be competitive.”

Peters’ lab proposal underscores a pressing need in the auto industry, as well as among U.S. lawmakers and regulators, for greater knowledge in the field of cybersecurity. With cars rapidly becoming more connected and the emergence of automated driving, the risk of hackers wreaking havoc with passenger safety and personal information never has been higher.

“We are on the cusp of seeing incredible change in the industry,” Peters says, calling it the “most transformative” period for the industry since the development of the automobile.

But, he adds, the U.S. headcount of cybersecurity experts generally is about 200,000 people short of what’s needed. The shortfall is even greater in the auto industry, Peters adds, because of its specialization.

Tim Johnson, director-Vehicle Research & Test Center at NHTSA, agrees and says his East Liberty, OH-based group is pushing more colleges and universities to offer degrees in cybersecurity. The group also offers training for industry professionals to sharpen their expertise in the field.

“There are a lot of smart people out there, and if you can get them involved they will become experts,” says Johnson, who helped spearhead the NHTSA investigation into unintended acceleration at Toyota six years ago. His current job has him overseeing the replication of vehicle hacks and sharing findings with OEMs.

The nation’s Information Sharing and Analysis Center serves as another resource for the industry, Johnson says, as well as a path for automakers to notify the government of cybersecurity breaches. Beyond that, the nation’s knowledge of cybersecurity, especially as it applies to automotive, is nascent, the experts say.

Washington lawmakers are one stumbling block, Peters admits. Too often they pounce on automakers for perceived safety glitches without knowing the facts, he says. And one crash on public roads attributed to cybersecurity will create blowback on OEMs.

“There is a knowledge gap,” he tells WardsAuto.

To get his colleagues up to speed on the expansive field of auto cybersecurity, Peters hosted a hearing two weeks ago in Washington where lawmakers heard from the likes of General Motors and Google. Suppliers offered rides in automated vehicles. Peters also has formed a Smart Transportation Caucus to feed lawmakers with information on the topic.

Former NHTSA Administrator David Strickland, now with the Washington law firm Venable and also on hand for the forum, says the knowledge gap persists despite major cases such as Toyota’s, the GM ignition-switch scandal and the Takata airbag investigation.

“Once it’s off the front page, (legislators) tend to go back to their business,” he says.

Peters says he has additionally called for harsher penalties against hackers than those on the books today, and he acknowledges many safety regulations must be revisited in coming years because they will become antiquated as automated vehicles proliferate.

“Our safety rules assume a human being is operating the vehicle,” he says.