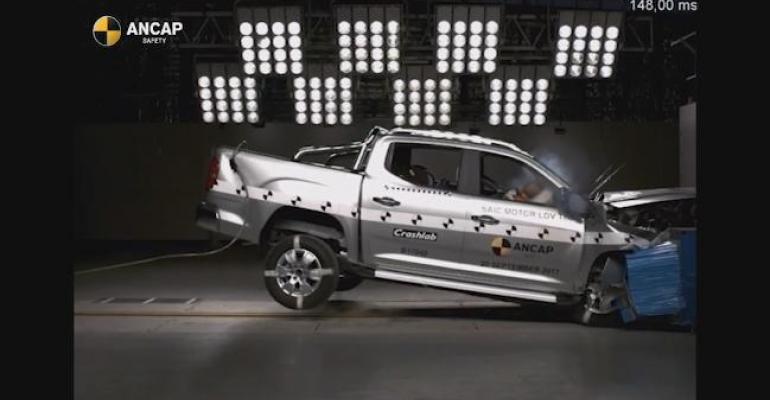 The Australasian New Car Assessment Program says the LDV T60 and Haval H2 both receive the top rating in its latest round of testing, along with the Honda CR-V.

ANCAP says the LDV T60 and Haval H2 both receive the top rating in its latest round of testing, along with the Honda CR-V.

LDV is a division of SAIC, the largest automotive manufacturer in China.

ANCAP CEO James Goodwin says in a statement the T60 performed well in crash tests, although as with all light-commercial pickups ANCAP has rated it lacks autonomous emergency braking.

Goodwin says Haval also has enhanced its appeal to consumers with a 5-star rating for all variants of the H2 small SUV.

“Haval came close with its large SUV, the H9, which scored four stars when rated last year, but the H2 improves on that rating, reaching five stars through increased levels of occupant protection,” he says.

The ANCAP rating for the H2 applies to models sold in Australia since October 2015 and in New Zealand since August 2017.

Tim Smith, chief marketing officer-Haval Australia, says the 5-star rating is an important step in Haval’s quest to become one of the world’s leading SUV makers.

“This recognition by ANCAP is just reward for the company’s efforts,” Smith says. “We will continue to develop our safety systems, with the introduction of key features such as autonomous emergency braking and lane assist systems, in the next wave of Haval SUVs.”

All variants of the CR-V are covered by the ANCAP rating.