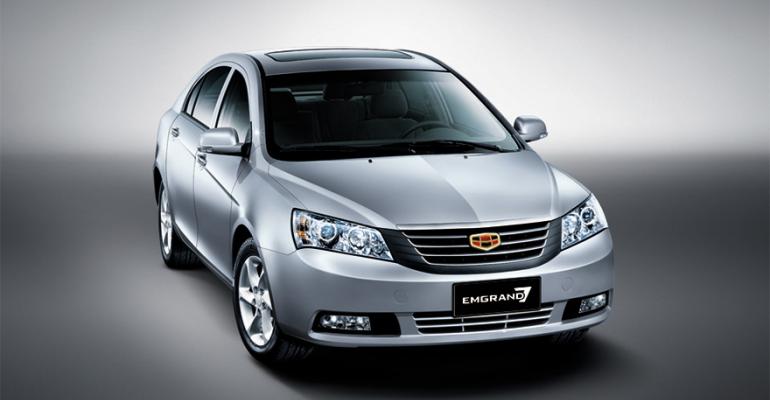 The automakers, who collectively represent 85% of the Chinese market, make the announcement at the launch of Stop the Crash China, an event in Shanghai promoting a range of vehicle-safety technologies including ESC.

Besturn, Changan, Dongfeng Fengshen, Geely, Haval, Hongqi, Lynk, MG, Trumpchi, Roewe, Senova and Wey, which collectively represent 85% of the Chinese market, make the announcement at the launch of Stop the Crash China, an event in Shanghai promoting a range of vehicle-safety technologies including ESC.

The anti-skid technology can help prevent loss-of-control crashes and is widely considered to be the most important car safety development since the seatbelt, the Stop the Crash Partnership says in a news release. ESC has been mandatory in both the European Union and U.S. since 2012, saving thousands of lives.

“Electronic stability control is a vitally important life-saving technology, and the Stop the Crash Partnership warmly welcomes this significant step from Chinese automakers,” says David Ward, chairman of Stop the Crash. “We are particularly delighted that it has been made during our campaign launch activities in Shanghai, helping us to raise road safety awareness with consumers across China.”

Adds Yu Kai, party secretary of China Automotive Technology and Research Center (CATARC): “This is a bold step by Chinese manufacturers, who have shown a real commitment to road safety by fitting this technology as standard ahead of regulatory requirements. CATARC is committed to continuing to promote Stop the Crash technologies and to save lives in China.”

Previous Stop the Crash events have seen similar announcements such as in 2016 when the Malaysian government announced its intention to legislate for the introduction of ESC on all new vehicles by June 2018. The United Nations General Assembly recommended earlier in 2016 that countries legislate to introduce Stop the Crash technologies.