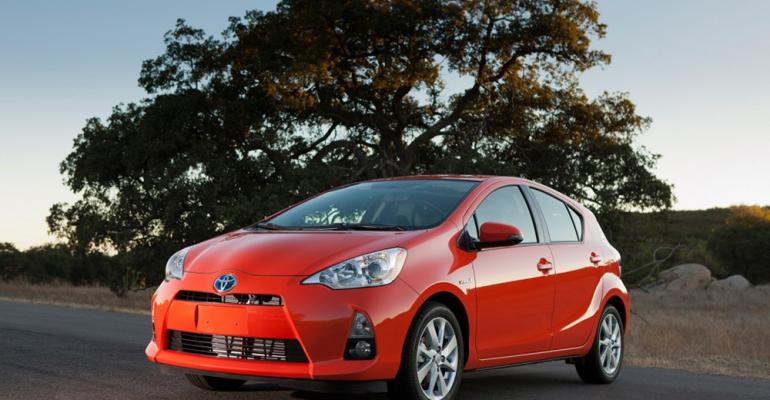 Excluding trucks, Toyota now has 24 hybrid models on the market.

Second-ranked Honda reported a 19% decline in hybrid deliveries to 187,851 units, including 526 Accord plug-in hybrids.

Mitsubishi, new to the market, sold 20,026 Outlander Plug-In Hybrids. The PHEV, which went on sale in January 2013, would have registered higher sales had the automaker not experienced a 3-month production stoppage due to problems with the vehicle’s lithium-ion battery.

In the all-electric segment, Nissan again led all comers by selling more than 47,000 Leafs in major markets, up 80% year-over-year. The Leaf was followed by Mitsubishi’s i-MiEV series, which registered a 58% decline to 4,832 units. The Mitsubishi total includes Peugeot and Citroen-badged versions of the car.