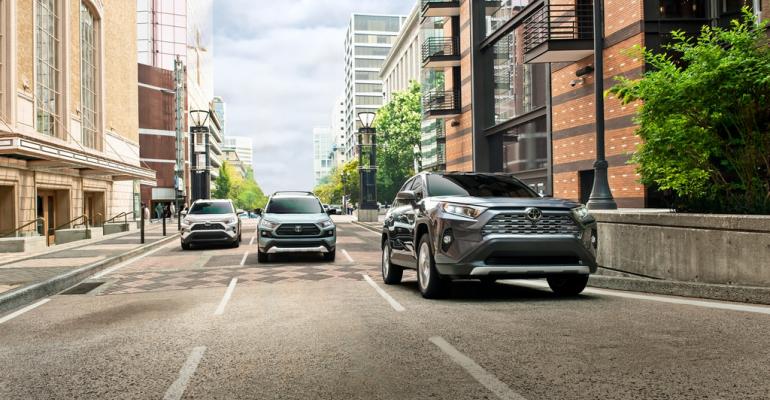 TNGA is four entirely separate platforms, effectively, splitting Toyota into four separate business units, each sustaining its own architecture. What they share is the same engineering and design philosophy.

Only now, three years after Akio Toyoda launched the Toyota New Global Architecture, do we really understand the complexity and cost benefits of this multi-architecture strategy.

First perceptions suggested TNGA was one highly adaptable architecture, suitable for use for small and large vehicles – and everything in between –  and capable of supporting front-, rear- and all-wheel-drive layouts.

Instead, TNGA is four entirely separate platforms. Effectively, Toyota now is split into four separate business units, each sustaining its own architecture. What they share is the same engineering and design philosophy: “lower center of gravity, attractive low-stance designs, responsive handling, a high-quality drive feel and collision performance that offers safety and peace of mind,” the automaker says.

Only by breaking down this Toyota-speak can we begin to appreciate what TNGA sets out to achieve. Z indicates Product Planning; D the specific architecture; MS mid-sized products.

According to Saeki, the business units are ZE, for compact models such as the Corolla, C-HR and Prius and their variants. ZD comprises sedans, CUVs and MPVs including the RAV4, the next Highlander and Sienna, and Japanese Harrier, plus the Camry (below, left), Avalon and Lexus ES. The next-generation Yaris and other small, mostly Japan-only models are expected to be built on the new ZB architecture, while body-on-frame SUVs such as the Land Cruiser Prado, 4Runner and Sequoia are designated CV.

To further complicate the naming classifications, each business group uses TNGA followed by a letter that indicates the architecture. ZD becomes TNGA-K, while TNGA-C is Corolla and Prius and Yaris is predicted to be TNGA-B.

Toyoda, the Toyota chairman, says the company’s aim is to reduce development costs of any new model about 50% compared with 2008 levels. He wants to ensure Toyota remains among the top automakers, not only in terms of volume but also profitability.

Otherwise, wherever possible they share the same steering rack and electric power steering and front MacPherson strut suspension, both tuned to best suit each particular model.

Using Camry as the starting point for all TNGA-K models, creating what Toyota calls a “progressive data base,” allows engineers to accurately forecast the entire crash structure for future models.

“Crash testing takes the longest,” says Saeki. “For Camry, we had to make prototypes and crash them. From this data, we can get simulation to forecast the crash data for all the other (TNGA-K) models.

“For the RAV4 the body structure – the longitudinal side beams – rear of the engine compartment is raised (compared to Camry) to increase ground clearance.” The benefits “allow us to focus on the upper body and our aggressive design.”

However, if needed, there are significant differences in the rear suspensions of the Camry and RAV4. Where the Camry adopts double wishbones, the soft-roader gets a so-far unique trailing wishbone, multi-link rear suspension that better copes with different weight transfers.

“We are in the middle of the process (of changeover),” Saeki says. “It might look complicated, but the new Highlander is like a big RAV4. The RAV4 is the entry (CUV) offering, and the Highlander is an upgraded version. The saving is in the budget, rather than in time.”

“The Highlander is longer (in wheelbase) than the Camry and, with the RAV4, sets the coverage range (of TNGA-K).”

Do the new architectures bring weight savings? Not according to Saeki, who blames both recent and future changes to crash regulations. “It’s a constant struggle with the changing regs, so there is no given weight reduction.” 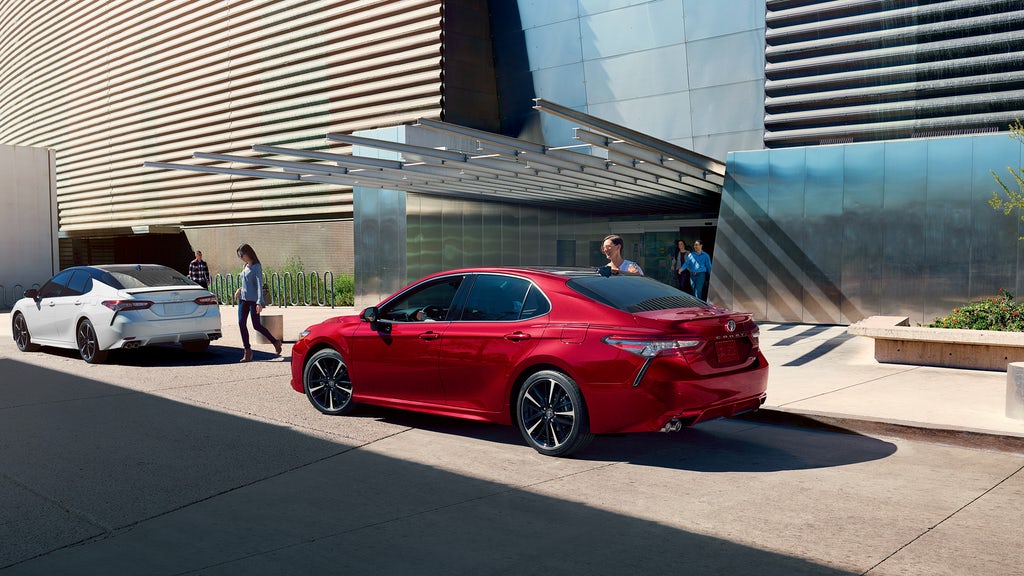 Will the next Kluger/Highlander follow the trend to smaller-capacity engines? Apparently not. The current model is available with a V-6 and as a hybrid. Expect both versions when the new model goes on sale in late 2019 or 2020.

What of electric plug-in versions of TNGA-K?

“Plug-in is easy to do,” claims Saeki. “But it is expensive and we have to give maximum value. Price is the big factor.”

Two high-profile models are not integrated into TNGA. Both were jointly developed with other manufacturers: the ’13 Toyota 86 was part of a project with Subaru – because it retains its Subaru boxer engine it’s believed the replacement model comes from the same blueprint – and the new Supra, a co-operative development with BMW.

Our conclusions: A better appreciation of TNGA confirms it is far closer in philosophy and practice to the Volkswagen Group’s MQB, MLB, MHB and the new MEB architectures than originally believed. On the evidence of the Corolla, Camry and RAV4, TNGA is quickly bearing fruit.

EVs and What Automotive Industry Must Learn – and Unlearn
May 05, 2021